A SMASHING SUCCESS FOR THE GOLDEN TICKET CAMPAIGN 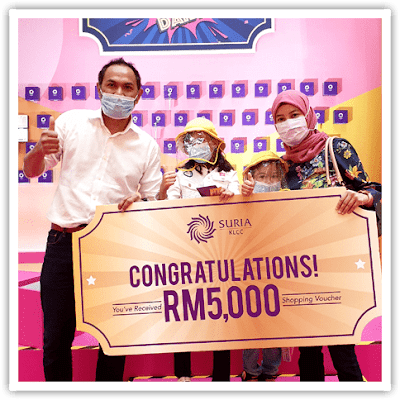 
Thrilled Golden Ticket winners Nik Noorafzan binti Nik Othman and her husband were pleasantly surprised as their daughter tried her luck and won the shopping vouchers at Suria KLCC. 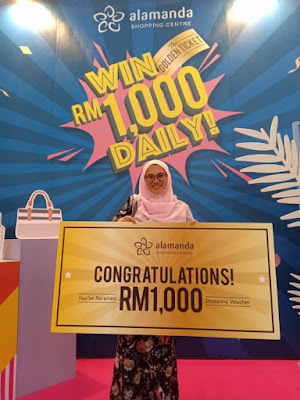 One of the winners at Alamanda, Norazwa Adris shared, “I was surprised as I am not usually this lucky!”

Another winner at Mesra Mall, Mohammad Muhaimih could not believe that he spent RM230 and won RM1,500. 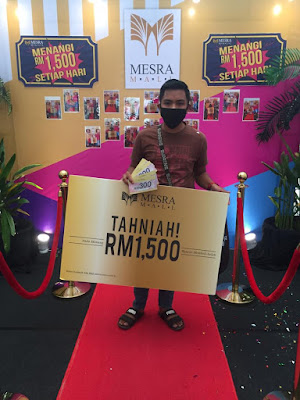 It gets even more exciting as Suria KLCC is offering its participating shoppers a chance to win a 3 days 2 nights stay in a luxurious Park Suite for two at the Mandarin Oriental, Kuala Lumpur. The draw will be conducted after the campaign ends on 2 August 2020 and five lucky winners will be drawn randomly.

Andrew Brien, CEO of Suria KLCC Sdn Bhd said, “What distinguishes the success of the Golden Ticket as the Group’s biggest campaign this year is the fantastic value of the shopping vouchers, where our participating customers are guaranteed to be rewarded every day when they shopped at Suria KLCC, Alamanda and Mesra Mall. I would also like to sincerely congratulate all our loyal customers who won the amazing shopping vouchers. We are truly grateful for the continued support of our shoppers.”
He reiterated, “In light of the pandemic and to ensure the safety and health of all shoppers, the Group’s retail developments, Suria KLCC, Alamanda Shopping Centre and Mesra Mall have adhered to the strict safety as well as hygiene best practices and policies in line with the Ministry of Health’s standard operating procedures (SOPs). We aim on building shopper’s confidence and with these stringent SOPs in place, we are witnessing a high return of more customers at our malls. We have received positive feedback from our shoppers that they feel very safe with the safety measures that were implemented. This is an improvement as people are getting used to the ‘new normal’ since the Movement Conditional Order kicked in. To further act on shoppers’ safety, we are encouraging contactless payments and regular Covid-19 testing for our staff in the malls, to list a few of our efforts.”
Upcoming campaign: Cuti-Cuti KLCC


In line with the government’s effort in boosting domestic tourism, Suria KLCC is excited to launch its “Cuti-Cuti KLCC” campaign that will take place after the Golden Ticket campaign ends. This tri- party collaboration between Suria KLCC, Malaysia Airlines (MAS) and Mandarin Oriental (MO) offers value for money travel packages aiming to promote KL City as a domestic travel destination and to attract local tourists to fly MAS, stay in MO and shop at Suria KLCC.


For more information on these exclusive packages, please approach our friendly Concierge staff at Suria KLCC or visit