Enabling the Impossible with Toyota 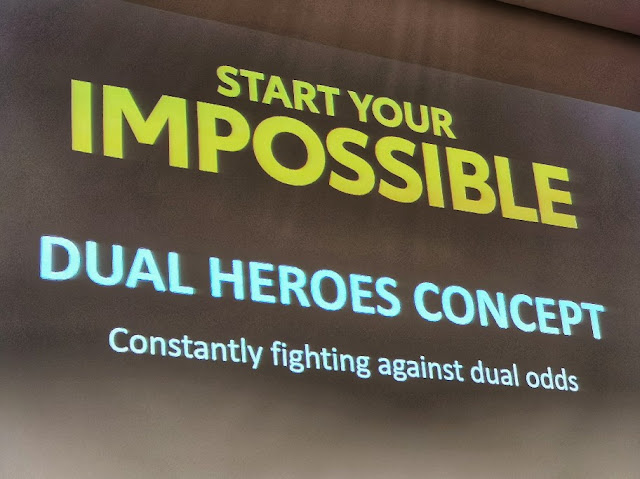 UMW Toyota Motor Sdn Bhd (UMWT) recently announced its corporate social responsibility (CSR) initiatives with Toyota’s global corporate initiative called “Start Your Impossible” with the hope of inspiring employees, partners and customers to achieve greater heights by attempting missions that they themselves deem impossible – a core company belief that has inspired boundless of innovations, transforming the company from that of an automotive to a mobility manufacturer....

Through the new CSR realignment, UMWT has added a mission to realize impossible dreams through sports in its philanthropic pillar.
“This year, we will be working with the Paralympic Council of Malaysia to enable more differently abled children to participate actively in sports,” said UMWT Deputy Chairman Akio Takeyama. The initiative will start with a fundraiser via the Toyota Outrun fun run on 17 November 2019 at Bandar Rimbayu, Kota Kemuning. UMWT is targeting 3,000 participants for the run. A registration fee of RM50 per participant will apply and the proceeds will be channelled to Paralympic Council of Malaysia’s ‘Fitness and Exercise with Person with Disabilities’ programme. 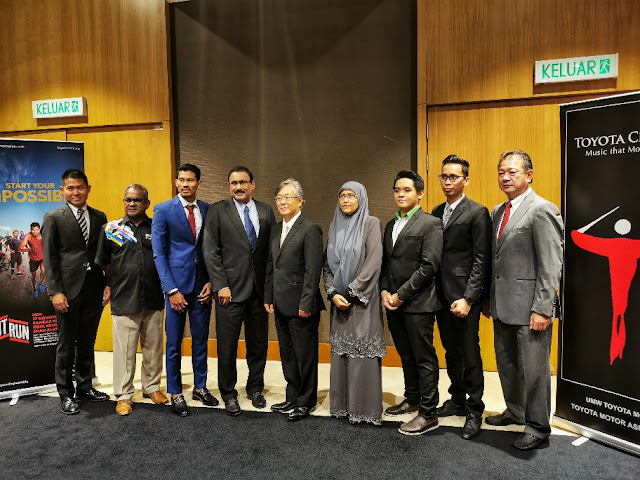 “The funds will be used to equip para athlete trainers around Klang Valley with the skills to train differently abled children.

“We believe that this would be a sustained effort to discover more hidden talents among children with disability and help them achieve their dream in sports,” Takeyama added. 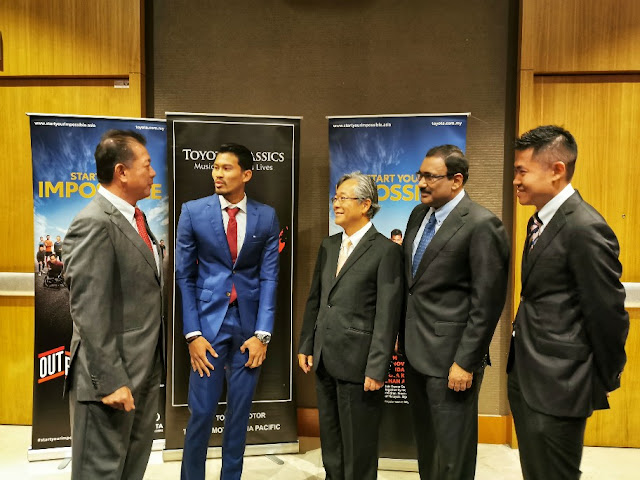 Paralympic Champion Abdul Latif Romly has been appointed ambassador for this campaign...
.
On the appointment, Takeyama said, “Latif was up against impossible odds at the 2016 Summer Paralympics. The world saw him broke the T20 long jump world record three times on the same day. It was impossible. Then it wasn’t. At Toyota, mobility is about overcoming challenges and making dreams a reality. That’s why we’re teaming up with Latif to support differently abled children so they too can start their impossible”...

Registration starts on 10 September 2019 and interested participants can register at https://toyota.com.my/startyourimpossible
Apart from the addition of Toyota OutRun into UMWT’s philanthropic CSR pillar, UMWT will also be continuing its efforts to move lives through music.

“UMW Toyota Motor in collaboration with Toyota Motor Corporation is committed to enriching communities through gross proceeds raised through Toyota Classics, which has brought varieties of orchestras from all over the world for the past 30 years to delight the South East Asia and Malaysian audience including Toyota customers,“ said Akio Takeyama, the Deputy Chairman of UMW Toyota Motor.

The concert will be held on 29 October performed by London Chamber Orchestra, under the baton of conductor - Christopher Warren Green and soloist – Lucienne Ranaudin Vary. The orchestra is also the longest established professional chamber orchestra in the United Kingdom.

“We are indeed proud to support our community projects that has an impact on enhancing the lives of the people. UMW Toyota Motor thus far has funded approximately RM 9 million in support of 70 social, environment and charity organizations. We will continue this annual event to bring to Malaysia the best in classical music while raising funds for worthy programs,” said Mr. Ravindran K., President of UMW Toyota Motor.

With a tagline of “Music that Moves Lives”, the Toyota Classics’ philosophy is fueled by a passion for constant innovation and discovery, hoping to touch lives far beyond the stage through environment and youth causes.

Part of the proceeds from the Toyota Classic event this year will be used to rehabilitate and restore degraded mangrove areas in Sulaman, Tuaran. The efforts to plant a total of 5,000 mangrove trees to conserve the shore lines will be carried out in collaboration with Sabah Wetlands Conservation Society and will involve about 13,000 students from neighbouring schools, local university as well as community.

Other beneficiary of this event is Universiti Malaysia Pahang – to enable university students to be the catalyst of community growth outreach project to the youth and community in Lanchang, Pahang by equipping them with sufficient information on Science Technology Engineering and Mathematics (STEM). The STEM education is an integrated approach to educate students to enhance their technological development skills through hands-on and relevant learning experiences.

In addition, students from the Faculty of Music, UiTM will be given the opportunity to have a workshop with the orchestra members providing them exposure of international orchestra performances.