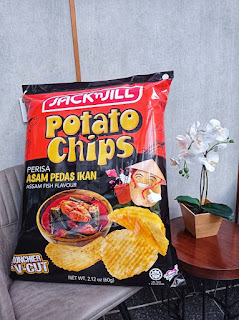 The savoury dish with its spicy and sour tanginess hits the spot with every Malaysian, and the same zesty flavour will surely be a hit with the new JACK ‘n JILL Potato Chips flavour. 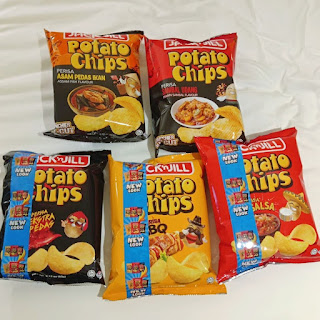 Also a highlight of the campaign is the new packaging for the entire JACK ‘n JILL Potato Chips range,which will reveal a more modern, clean and vibrant design focusing on the flavours.... 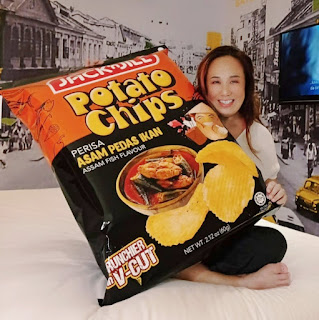 JACK ‘n JILL Potato Chips Asam Pedas Ikan is made from fresh natural potatoes perfectly sliced in a V-Cut shape for a crunchier texture, and flavours inspired by the traditional Asam Pedas Ikan dish. It is then fried till the best crisp to give you that mouth-watering spicy kick with a savoury hint of fish–just like Asam Pedas Ikan!“ 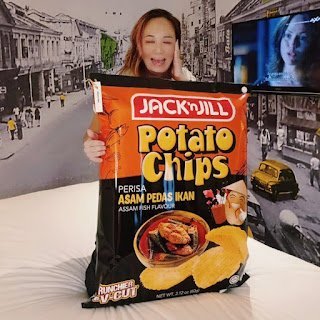 Just bring a proof of purchase of JACK ‘n JILL Potato Chips Asam Pedas Ikan (bought and dated between 15 Oct 2021 to 13 Nov 2021)to redeem a take-away set meal consisting of a serving of Asam Pedas Ikan with rice. This initiative is not only to remind consumers to support local flavours but also the local stalls, especially after the prolonged lockdown. More information can be found on the brand’s Facebook page @jnjpotatochip 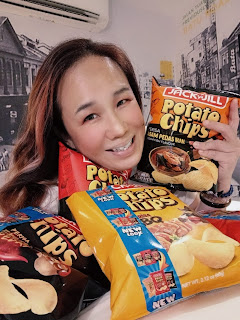 JACK ‘n JILL Potato Chips is also continuing the collaboration with singer-songwriter and Anugerah Juara Lagu champion Naim Daniel for the second year, who will be championing the new launch.