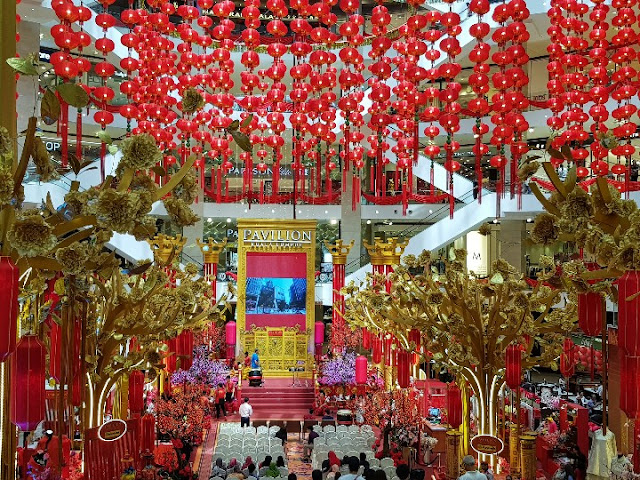 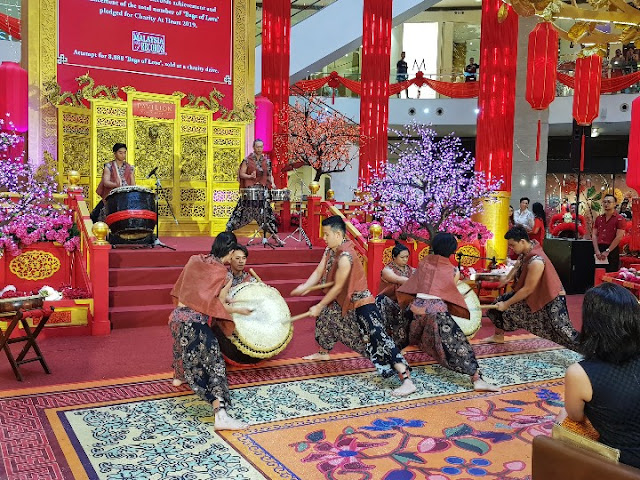 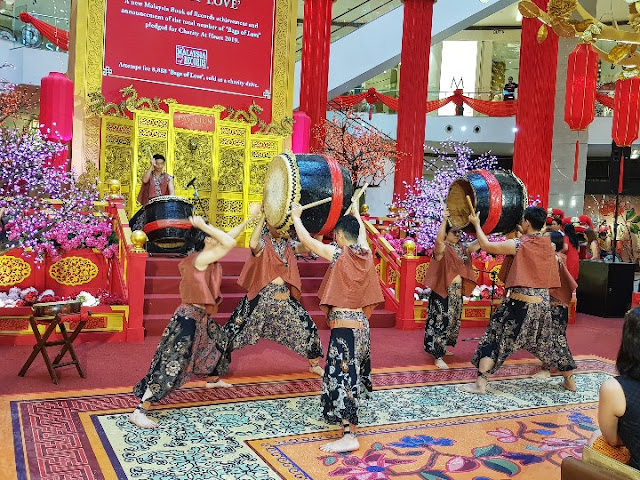 Pavilion KL broke the records once again in the Malaysia Book of Records by achieving the ‘most number of tote bags sold at a charity drive’, which received overwhelming support from the Pavilion KL community of partners, tenants, vendors, suppliers, companies as well as shoppers and visitors. 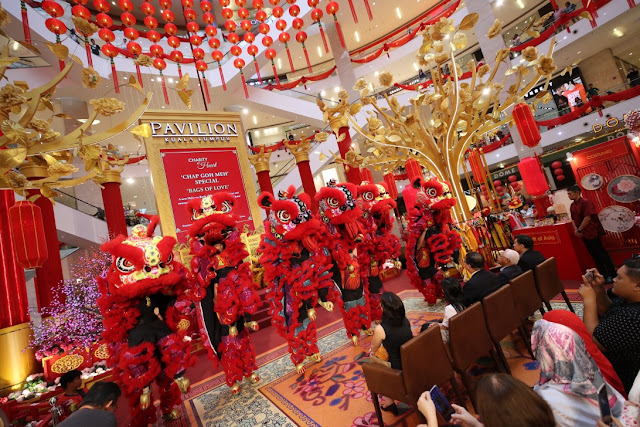 The colourful tote bags lovingly named Bags of Love were created by supporting and harnessing the unique sewing skills of 45 single mothers and underprivileged women from Persatuan Seni Jahitan Kreatif Malaysia (PSJKM) throughout a one-month period... 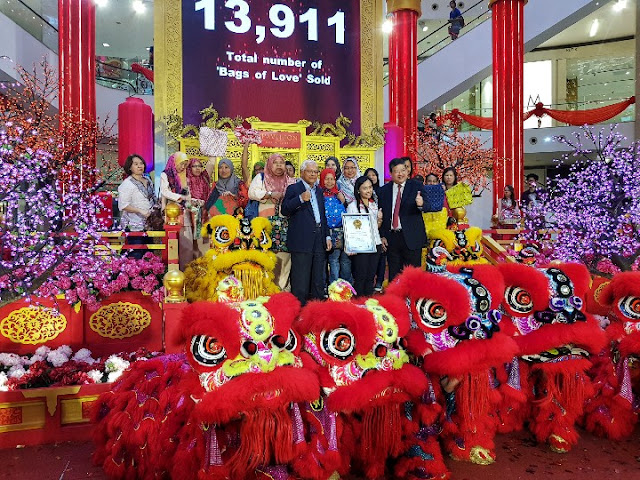 The Charity At Heart initiative has always been a part of Pavilion KL’s efforts to reach out to the communities during festive celebrations. Since the mall’s opening in 2008, Charity At Heart has seen Pavilion KL continue the act of giving and supporting the welfare of the
community by dedicating funds and much-needed items to benefit charity homes nationwide. 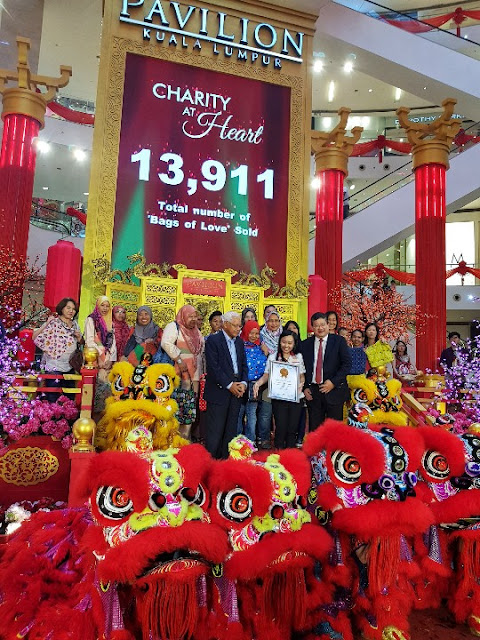 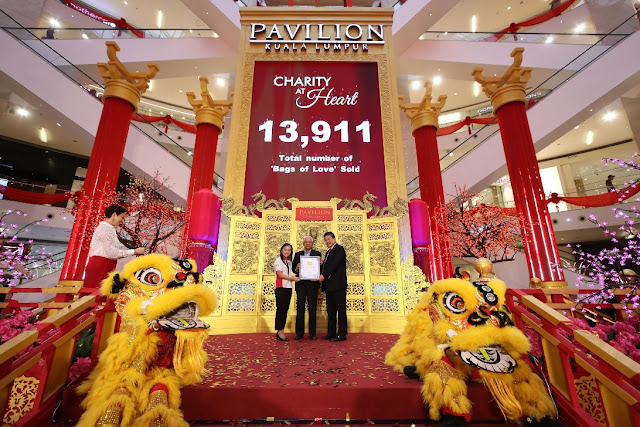 Guests were treated to a magnificent afternoon of a golden drum and 8 Lion dance performances, and played witness to the unveiling of the total amount raised through the campaign and the presentation of the mock cheque and the Malaysia Book of Records Certification.