HyppTV, the award winning TV & Video streaming platform in Malaysia has produced yet another local but exclusive serial drama entitled ‘Ana Kleopatrena’. This 30 episode romantic drama series tells the story of Ana, a rich young girl who is unfortunate in looking for love and is aired over HyppSensasi HD (HyppTV Channel 116) beginning 29 November 2017 from 9.00 pm. 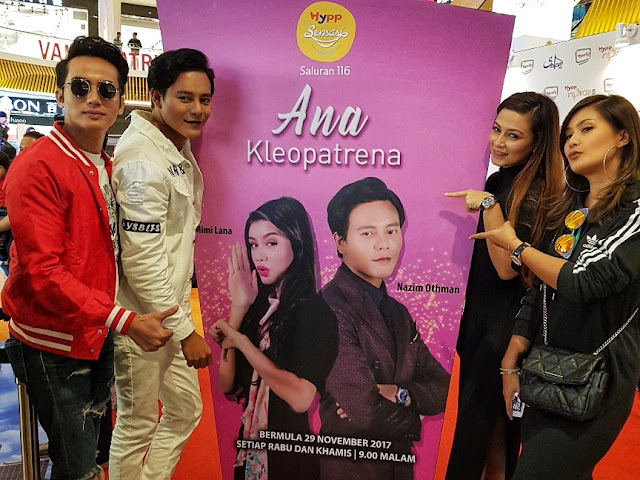 Yours truly was over at the HyppTV Carnival at Sunway Velocity Mall and there was a meet and greet session there and yeaaappp.. I got to meet Nazim Othman, Mimi Ernida, Adeline Tsen and Zoey Rahman....

Ana Kleopatrena tells the story of Ana, a young girl from the village with very rich parents...Ana is the only daughter to the timber magnate, Dato’ Yusof and his wife Datin Deedee.  However, despite coming from a rich family, Ana has never quite bothered about how appearance sake and is more fond of dressing simple.

After finishing her studies, Ana got engaged to the man of her dreams, however just three weeks before their wedding was to happen, Shahir, her fiance called the wedding off. Ana decided to go to Kuala Lumpur to search for her true love... 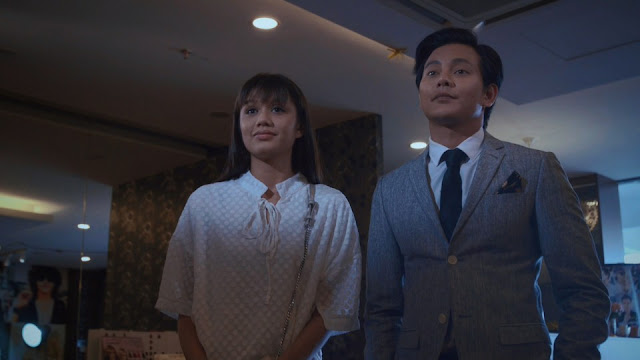 The situation became complicated when Ana who putting up at her best friend's Nani's house while hiding her real identity and was also accepted to work as Taufik's house assistant. Taufik is actually Nani's hot tempered and stubborn superior. Knowing of their relationship, Taufik made Nani a collaterol so that Ana cannot quit her job and is forced to be the spokesperson for the product brand ‘Kleopatrena’. 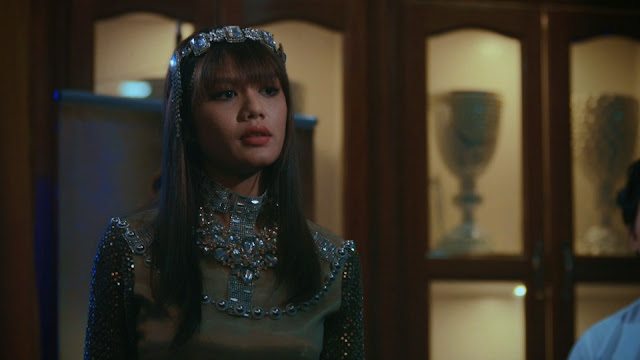 So, can Ana get out from her comfort zone and adjust to her new life in Kuala Lumpur after becoming as beautiful as Cleopatra? Can  Ana meet the love of her life which she is looking for? 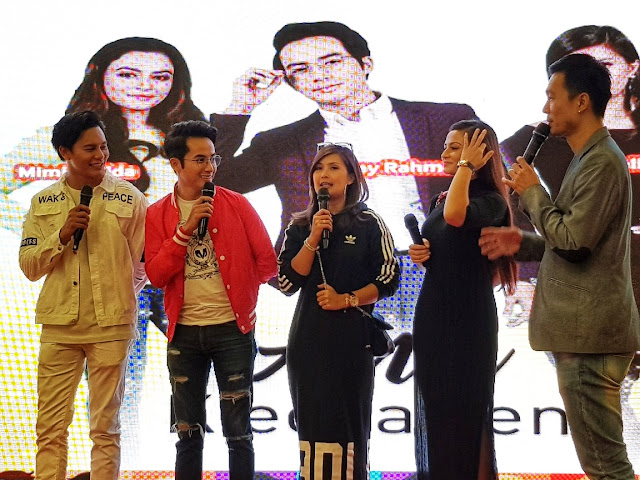 This drama series presents Mimi Lana who acts as Ana Kleopatrena besides Mimi Ernida who is Nani, Ana's best friend, and Nazim Othman as Nani's stubborn boss, Ariff Taufik. This romantic drama is also made possible with  by the great list of additional actors and actresses such as Linda Hashim, Esma Danial, Fazlina Ahmad Daud, Azlan Komeng, Arash Mohamad and Marisa Yasmin.

Viewers can follow Ana's progress and story from when Ana was just a regular girl until the time where she transform into a beautiful modern Cleopatra who is confident of herself... Ana Kleopatrena is aired every Wednesday and Thursday from 29th November 2017 on HyppSensasi HD (HyppTV Channel 116), and also on the app, HyppTV Everywhere.

HyppTV Carnival
The HyppTV Carnival is an annual event held by HyppTV and they have received an encouraging response   from the community ever since the first time it was introduced back in 2015.. 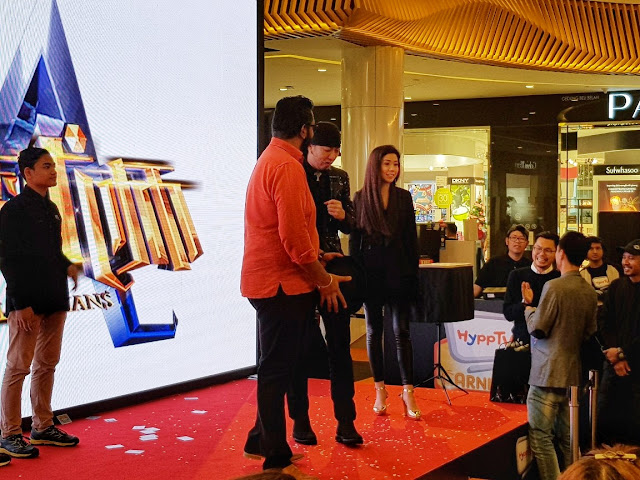 For this year, the HyppTV Carnival began in Sabah before heading to Sarawak, Johor, Pulau Pinang and finally ending at Kuala Lumpur at the Sunway Velocity Mall which was HyppTV's official  venue partner from the 29 November until 2 December 2017. 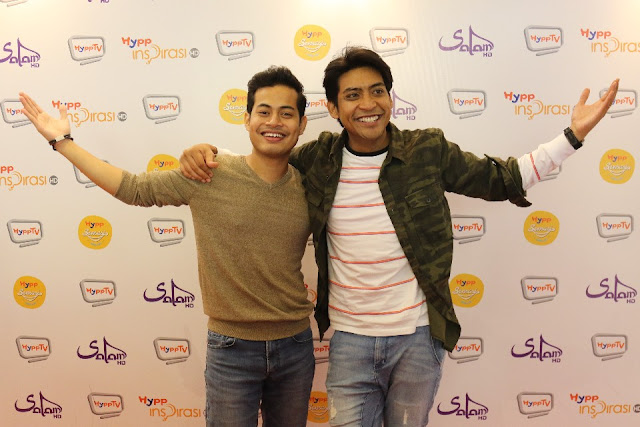 Besides the meet and greet with the cast of the series held at the HyppTV Carnival event at Sunway Velocity, actors from Salam HD’s “Mek Gyver” series Aisya Hasnaa, Afzan Rahman, Reza Hasbi together with cooking show hosts, Chef Fendi and Imam Muda Aran from “#UstazMasak” as well as popular TV newscaster Nazrief Nazri from “Buletin 113” also made an appearance much to the shoppers and visitors delight...

Families who came to the carnival were also invited to take part in the HyppTV Fun Race challenge and for the first time, the participants had to solve quizzes placed at selected outlets at the mall... there were all sorts of interesting prizes sponsored by official partners such as Watsons, Coffee Bean, CaffeBene, Dubuyo, Walcoal, XES and Danny Bear. 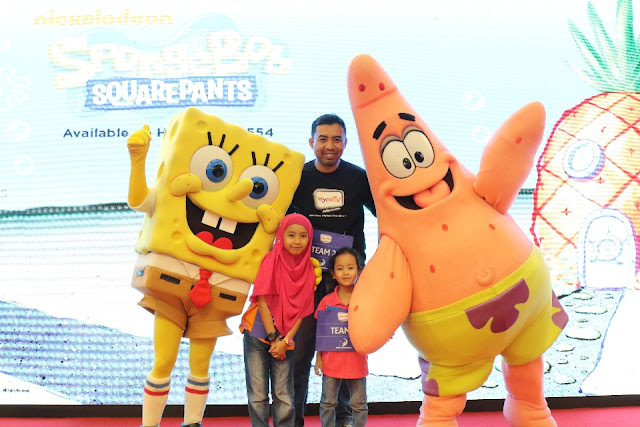 HyppTV is now offering their customers and viewers 112 channels with 58 channels in High Definition (HD) - this will consist of 54 premium channels, 27 free channels, 2 Radio channels, 7 Video-On-Demand channels and 22 interactive channels... As to date, HyppTV has about 1.6 million customers.