BEHOLD THE BRIGHTEST STAR FOR AJL33 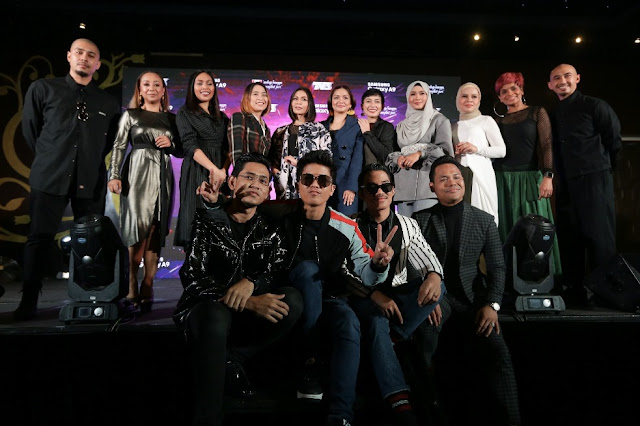 Only the brightest star may shine for the 33rd instalment of Anugerah Juara Lagu (AJL33). 12 of the best songs of 2018 will go head to head to claim the throne of AJL33 at Axiata Arena, Bukit Jalil on 3rd February 2019 (Sunday). 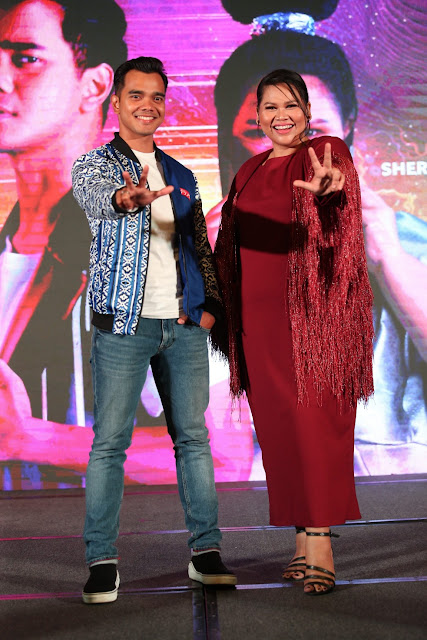 The prestigious night will be hosted by last year’s dynamic duo, Sherry Al Hadad and Alif Satar. The night will shine brighter with their witty character and spontaneous attitude. The night will further shine with performances by rock-legend Search, numerous hip-hop artistes and BBNUs; namely Sarah Suhairi, Ismail Izzani and Nabila Razali.

Unlike the previous years of AJL, this year there was a slight difference in terms of ticketing. Tickets were sold to the public online via www.myticket.asia. Tickets were sold like hot cakes beginning 7th January and prices ranged from RM25 (level 4), RM35 (level 3) and RM55 (arena).

“Tickets were sold out in matter of hours! But, tickets for level 4 are still available, so grab them while you can! Goes to show that AJL is still relevant and is the awaited music awards show by the nation. Previous winners like Search, Yassin, M.Nasir, Siti Nurhaliza and others in their prime are engraved in the hearts of the nation. As known to many, AJL is a recognition not only for the artistes, but for the composers and lyricist as well. This is the stage where every local music enthusiast wishes to be, to showcase their song and the bragging rights as the best song of the year,” said Johan Ishak, Chief Executive Officer, Television Networks, Media Prima Berhad. 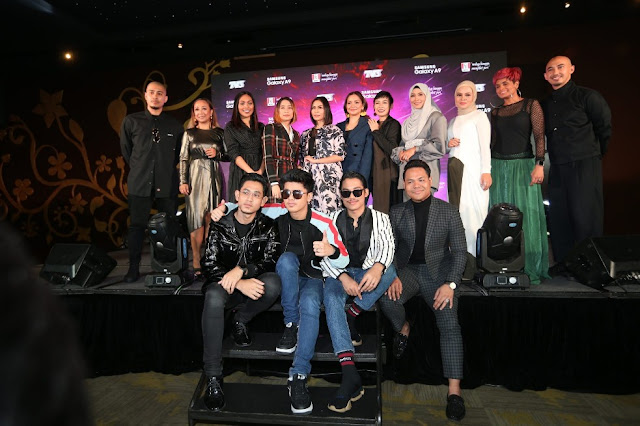 Additionally, AJL33 is brought to audiences by Samsung Galaxy A9 – First in the World, Quad Camera Smartphone and KFC – It’s Finger Lickin’ Good. Samsung will also sponsor the prize for Best Performance.

DEBARAN AJL33
The heat is on, a day left for AJL33! On 2nd February, 5:30pm – 6:30pm, LIVE on TV3, Haziq Hussni will go behind the scenes and provide you all the insights on the prestigious night – from the preparations of the finalists, the technical team, and production team, to the creation of the stage of AJL33. 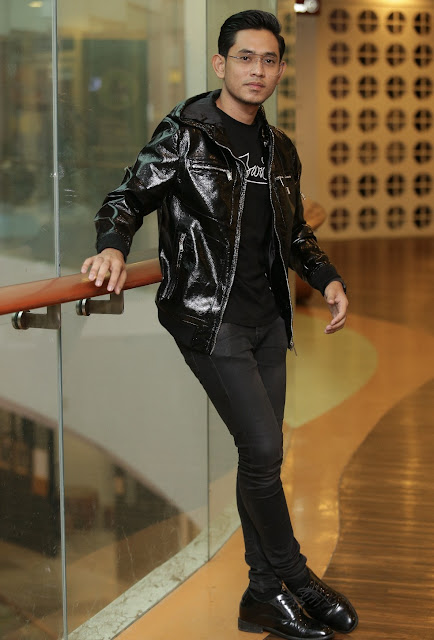 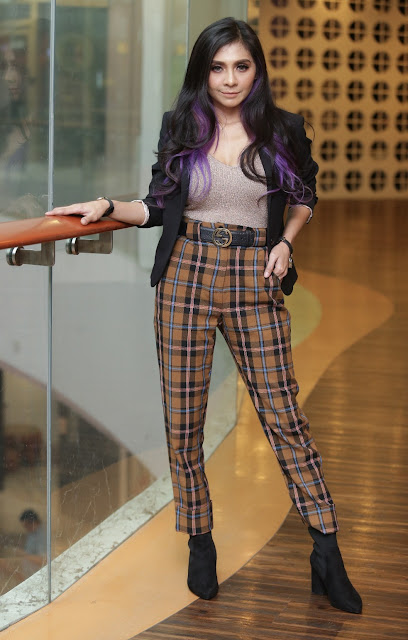 RED CARPET AJL33
Watch the finalists and your favourite artistes strut down the red carpet of AJL33 which will go LIVE on TV9 from 8:30pm until 9:00pm. The floor will be hosted by Kaka Azraff and Shuk Sahar and is also available via TV9Malaysia’s YouTube channel, Hot FM’s mobile app, Senang Terhibur’s Instagram and the website or application of tonton. If viewers crave more, there will also be an extension of 30mins on the red carpet scenario only on TV9Malaysia’s YouTube channel from 9.00pm – 9.30pm. 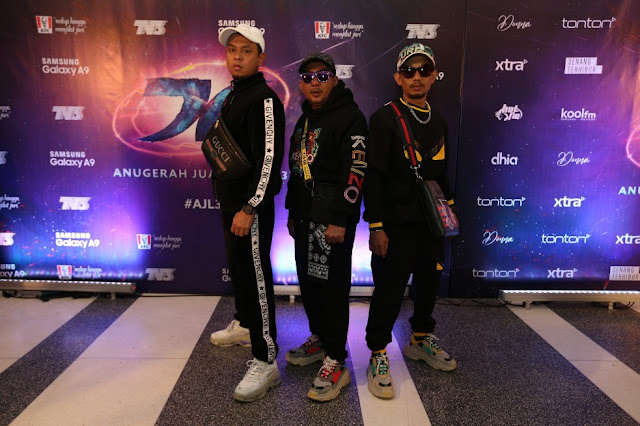 PRELUDE AJL33
On 26th January 2019 (Saturday), nine of the finalists will bring the heat at KL Live, 8:30pm via Prelude AJL33 which is brought to audiences by Samsung Galaxy A9. Meet your favourite artistes and interact with them! Join the contest and win four exclusive passes to Prelude AJL33 by uploading the letter ‘A’ in the most creative way together with an interesting caption. Include together the hashtag #GalaxyA9 and tag @samsungmalaysia and @tv3malaysia. Send in your entries at the Prelude AJL33 contest’s comment section at TV3Malaysia’s Facebook. Contest has begun from 17th January and will end 22nd January. Only 125 winners will be selected! Prelude AJL33 will also go Live on TV3Malaysia’s YouTube and Facebook page. The night will be hosted by Haziq Hussni, Nana Mahazan and Aaron Al Fateh, audiences will be mesmerized with performances by Syamel, Jaclyn Victor, Siti Nordiana, Amylea X Kaer, Sufian Suhaimi, Zaaim Mentor, Ismail Izzani and Nabila Razali. 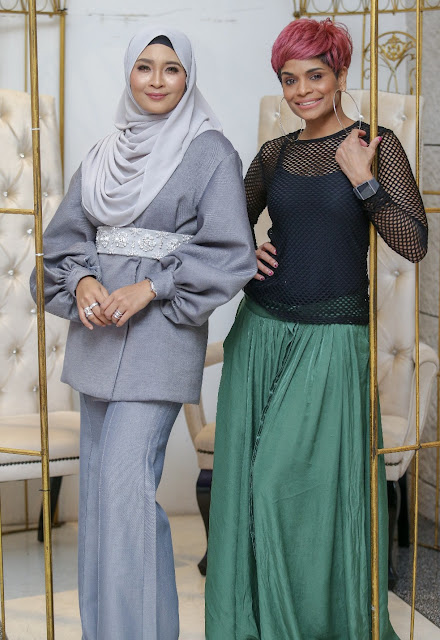 AJL 33 IDOL
Here’s your chance to win AJL33 tickets worth up to RM110! Starting from 26th January (Saturday) till 31st January (Thursday), be sure to watch TV3 or stream TV3 Live on tonton as 30 sec karaoke videos of AJL33's finalists will be aired at specific timings. To participate, viewers have to record themselves singing the songs as shown in the karaoke videos and upload them into Instagram with the hashtag #AJL33IDOL immediately. Only the first 20 videos submissions will be shortlisted whereby only one winner will be chosen. For more information and terms and agreements of the contest, head on down to TV3Malaysia’s social media pages and at www.xtra.com.my. Mark your calendars, you might be one of the talented few to watch AJL33 live! 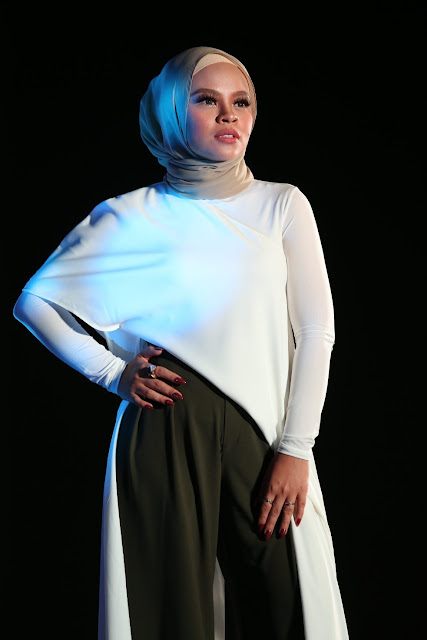 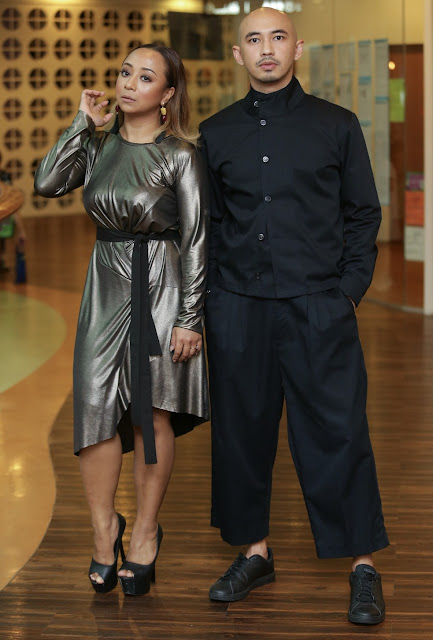 XTRA
Say goodbye to communication barriers between the public and finalists as the online portal XTRA will provide a live chat between users and the finalists will via a Live Photo Gallery which will be placed all over the venue. Chat with your favourite stars on www.xtra.com.my from 9pm onwards! Apart from that, non will miss out on each performance as the dedicated team from XTRA will upload clippings of each performances of the night. On top of all that, viewers are in control, vote for your favourite performance of the night to win Best Performance. Voting will commence during the first performance and ends before the interlude performance. 50% of the votes will come from the viewers, while the other half will be from the professional juries. Vote at www.xtra.com.my/ajl33.

AJL33 MERCHANDISE
Audiences may purchase official AJL33 merchandises at the venue on that night. Items such as t-shirts and tote bags priced at RM30 and RM20 respectively are up for grabs! 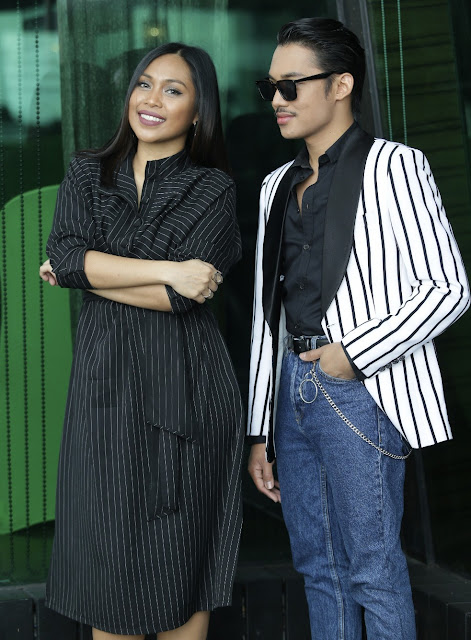 Fret not for audiences who were not able to purchase their tickets, AJL33 will be Live on TV3Malaysia’s YouTube channel and also on tonton, www.tonton.com.my. AJL33 is supported by the Digital Team Xtra, SENANG TERHIBUR, Donna, and Dhia; and the Radio Team Hot FM and Kool FM.

For more information on AJL33, head on down to TV3Malaysia’s Facebook, Twitter & Instagram page and the online portal www.xtra.com.my. Don’t forget to use the hashtag #AJL33 to hype things up on the social media platform! Who will be crowned champion? Join us on 3rd February to find out!