Thanks to GSC,  yours truly had the opportunity to watch Detective Conan - The Scarlet Bullet at GSC recently... Detective Conan is a movie based on the original graphic novel “Meitantei Conan” 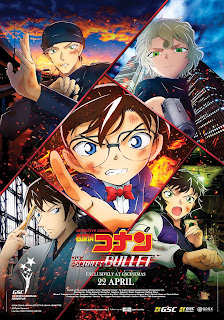 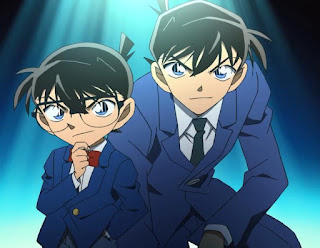 For those who do not really know who or what Detective Conan is... He is actually Shinichi Kudou, a high school student of astounding talent in detective work, well known for having solved several challenging cases...
However, one day, when Shinichi spots two suspicious men and decides to follow them, he inadvertently becomes witness to a disturbing illegal activity.
Unfortunately, he is caught in the act, so the men dose him with an experimental drug formulated by their criminal organization, leaving him to his death. However, to his own astonishment, Shinichi lives to see another day, but now in the body of a seven-year-old child. 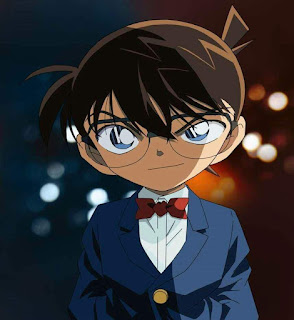 Since he still has his original intelligence, he decides to hide his real identity from everyone, including his childhood friend Ran Mouri and her father, private detective Kogorou Mouri. To this end, he takes on the alias of Conan Edogawa, inspired by the mystery writers Arthur Conan Doyle and Ranpo Edogawa.
The previous movie which was - Detective Conan The Fist of Blue Sapphire hit box office revenue that exceeded 9.3 billion yen!!! The movie series so managed to reached the highest box office revenue record for 7 consecutive years!
Nominated as Animation of the Year!!
[Detective Conan] is currently serialized on Weekly Shonen Sunday.
The total number of comics
worldwide has exceeded 230 million copies.... The Anime TV series broadcast weekly from 6 pm on
Yomiuri TV and NTV networks.... 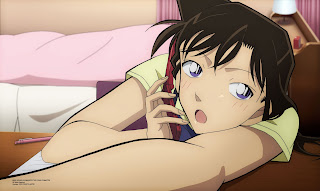 So... Japan is about to celebrate the memorable world’s largest sports festival WSG – World Sports Games in Tokyo. 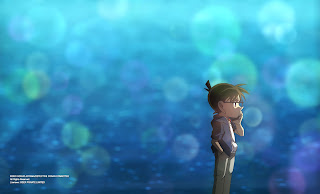 At the opening ceremony, it is announced that the world’s first Vacuum Superconducting Maglev, which combines the best of Japanese technology and boasting a maximum speed of 1,000 km/h will be opened to public between Shin-Nagoya Station and the newly established Shibahama Station in Tokyo.
In the midst of all the hype, top company executives were kidnapped one after the other at a party where all the main sponsors were gathered. 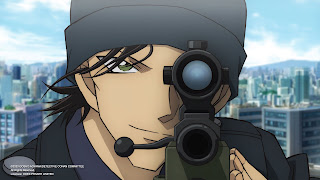 Shuichi Akai and the FBI under his
command were also on site, monitoring the incident from behind the scenes.
Conan deduced that this was linked to the WSG abduction cases under FBI jurisdiction in Boston 15 years ago. Is this just a coincidence?
What is going to happen in Japan, with all the people gathered from all over the world? 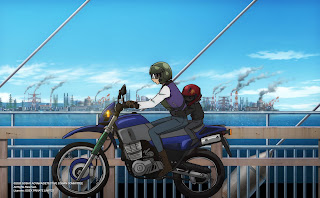 The animation is bright and fun  and the storyplot nail-biting at some areas...
It is definitely a must see for fans of Detective Conan or anime or for those who enjoy just watching a fun movie minus too much expectations.. But even then, it is a good movie which does not disappoints... I will give it 4.5 out of 5 stars...