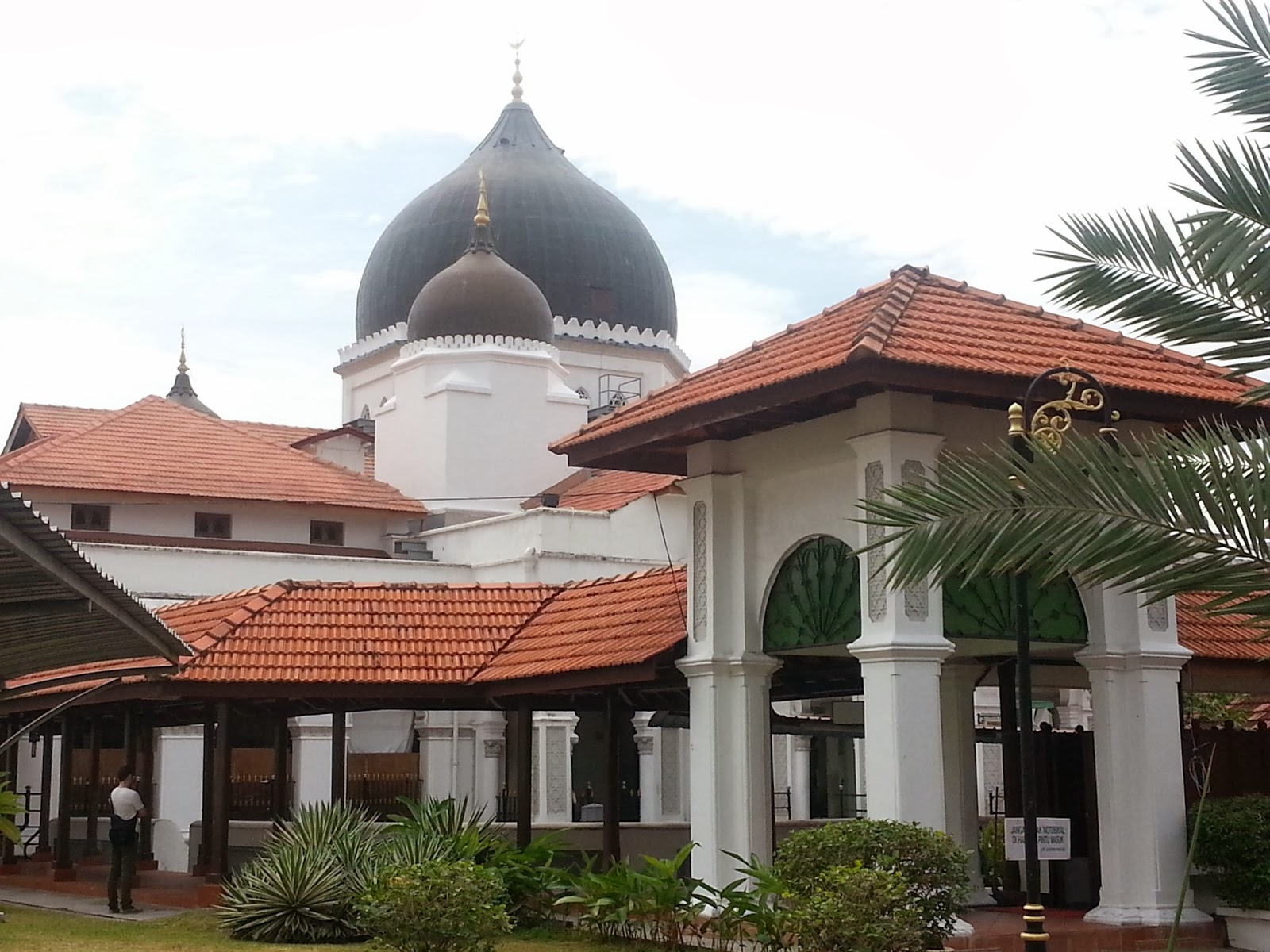 
The name "kapitan keling" is used to denote the headman or leader of the South Indian Muslim community. The term "keling" is derived from the ancient Hindu kingdom on the Coromandel coast of South India, and the local Hokkien community corrupts the word to derive "keling-na" for Indians in general, particularly those from South India (The North Indians are pooled together with another term, "banggali", though they are not necessarily from Bengal). The title "Kapitan" is a corruption of the English word "Captain", and is used to denote the leader of the community. Similarly, the leader of the Chinese community during that period is called a Kapitan China.


The Kapitan Keling Mosque started as single-story brick building in 1801, built primarily for the Indian Muslim community. It has grown to encompass 8 acres and is used by all Muslims on the island. You are free to wander the grounds and gaze up at the Mughal-style domes, whitewashed walls and the Moorish decorations of crescents and stars. You might even try for a picture of the towering minaret, sans the intrusive high-tech speakers, if you aim your camera just right. Remember that this is still a house of worship used five times daily. Cover up bare legs and shoulders, and if you enter the main hall, take off your shoes. 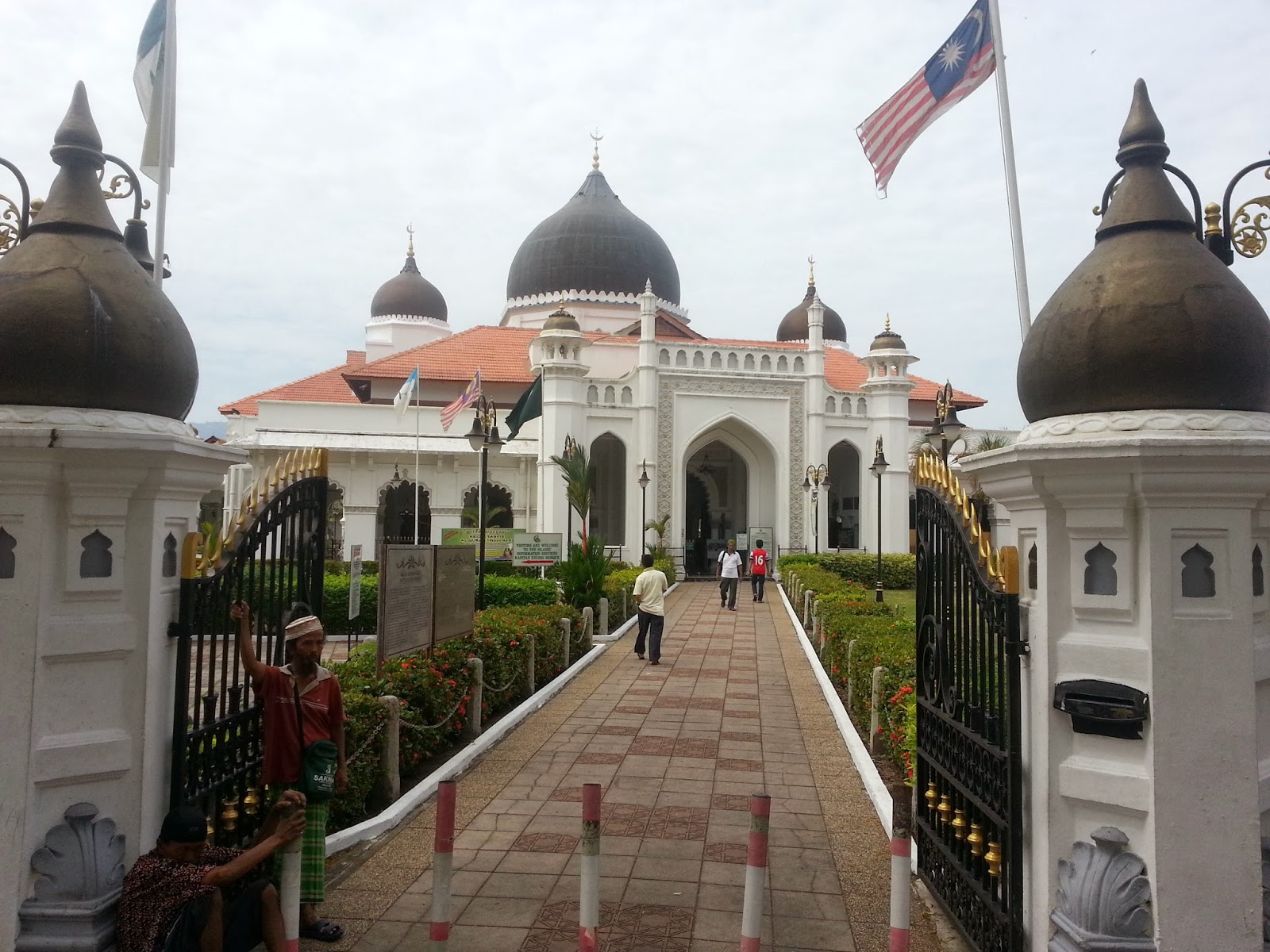