My first experience walking blindly into a BodyPump class.... 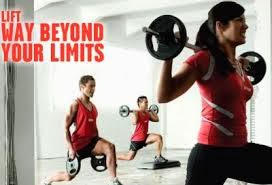 Yesterday was my first time into a gym class after not attending gym for about 5-6 years. I have since then grown fat and put on weight. Joining Livesmart360 gave me the energy and the inspiration to join a gym and prove my worth and also be role model.

All these while the only classes I joined were Pilates and Yoga and an Aerobic class or two, and Belly Dancing... And I foolishly walked into a BodyPump class... hahaha.. I am also laughing at myself...

And oh my gosh... what a shock it was, but geared for a challenge, I followed the class to the end diligently.. or at least 98%... faltering at the end... and almost feeling faint towards the end of the session. It was truly a bootcamp kinda thingie... and my muscles and body are all screaming from the over work out....  and when it was over, I felt like I was walking on rubbery legs...

But well.. it was kinda interesting and challenging but/and I am so gonna do it again, my own promise and keeping up to my New Year's resolution.. next week... I need my fit body back and quick!!!!! 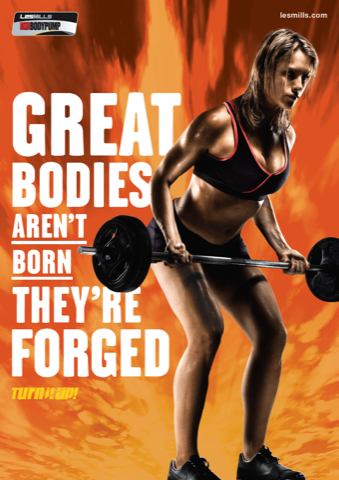 According to the wikipedia, the BodyPump classes are performed to music using free weights-plates, barbells and an aerobic step. Participants choose their weights based on the exercise and their personal goals. Major muscle groups are worked via series of compound and isolation-based exercises including squats, presses, dead lifts. The focus is towards muscle endurance using several repetitionsThe full BodyPump class consists of 10 tracks, each (except for tracks 1 and 10) targeting a specific muscle group. The full class (including time between tracks for weight changes) runs for 60 minutes.
For the 60-minute format, the class is arranged to the 8 tracks on a CD produced by the company, timed to allow for around 60 minutes of exercise and 2 minutes of weight changes between tracks.
A new BodyPump release, consisting of new music and choreography, is developed and released to health clubs and instructors every three months. Muscle groups are always worked in the same order as stated in the Les Mills Instructor Resources, allowing for consistency across releases. Instructors can choose to work with one release, or mix tracks from multiple releases, to target strength endurance gains for their particular class. Instructors and trainers are provided with guidance from Les Mills International regarding the mixing of tracks for classes. The pre-choreographed class meets the Les Mills methodology that students will find a more consistent experience when attending a BodyPump class in any location around the world.
Music is used to create a "musical journey" that guides and encourages participants through the work out. A normal class consists of 10 tracks each lasting between 4 and 6 minutes. These are usually cover versions or re-mixes of popular chart or classic rock releases. The tracks are mixed to allow for an aerobic block count of 32 beats and will vary in speed depending on the exercise being performed. The music is choreographed and (with the exception of the first and last track which are used for warm up and stretch/ cool down purposes respectively) each track targets a different muscle group. The tracks, in order, follow the format of: warm up, legs/squats, chest, back, triceps, biceps, lunges, shoulders, abdominals and finally a cool down encompassing a variety of stretches. Between each track there is a short interval to allow for stretching the muscle just exercised, change weights for the next track and to allow the instructor to brief the next exercise.
Due to the nature of the program maximum heart rate (MHR) increases in different phases.In addition, the aerobic capacity changes are based on music selection beats per minute (BPM).