On July 17th at 8 AM PST, both the dolls and the special edition of UNO™ had officially been made available for pre-sales globally. They are now available online and will be sold in-store at major retailers later this month. 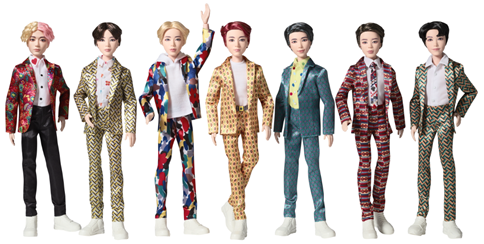 After the pre-sale announcement was made by Mattel Global last Wednesday, BTS ARMY members can rejoice as they can purchase the entire collection of BTSxMattel Fashion Dolls.

Each doll is dressed in looks inspired by what the band wore in the ‘IDOL’ music video.

Aligned with the global pre-sales date, in Malaysia, Toys “R” Us Malaysia has opened the pre-sale on their website. The BTS IDOL Doll Asst and special edition UNO™ BTS cards can be pre-ordered now at RM 104.90/each doll and RM 25.90/UNO™ BTS respectively. Other retailers to commence sales for both the dolls and UNO™ on 15 August onwards include Hamleys, Isetan, SOGO, Robinsons, Tesco, Popular Bookstores, 7-Eleven, MyNews, Metrojaya and Lazada Mattel e-Store. 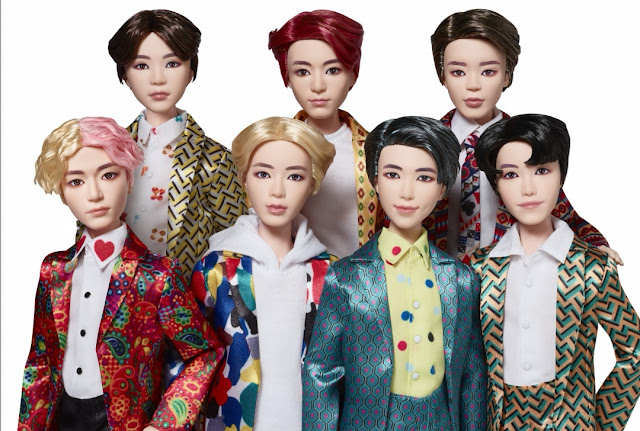 Malaysians can also look out for in-mall roadshows in the Klang Valley from August to September. From 5:30 PM to 7:30 PM on 15 September, fans can gather in front of Pavilion Kuala Lumpur’s entrance for a special interactive LED display. The 2-hour special will feature an interactive screen where fans’ real-time photos will be uploaded as a unified collective photo together with their idols.

BTS IDOL Doll Asst
SRP: RM 104.90 | 6Y+
• Inspired by the global superstars, the dolls look just like the beloved BTS members, with details the BTS ARMY will treasure
• Each look is inspired by outfits worn by the band in the ‘IDOL’ music video which broke the YouTube record for most views in 24 hours. It now has over 480 million views
• With rooted hair and 11 points of articulation, the dolls can be posed in their many iconic dance moves
• Choose from RM, Jin, SUGA, j-hope, Jimin, V, and Jung Kook or collect them all

UNO™ BTS
SRP: RM 25.90 | 7Y+
• UNO™ BTS brings fans and card game lovers together with a colourful deck featuring images of BTS members on each card
• When the special “Dancing Wild” card is played, the next player must perform their BTS dance routine or draw three additional cards
• Just like in classic UNO™, match cards by colour or number and play action cards like Skip, Reverse and Wild Draw Four to outpace your opponents