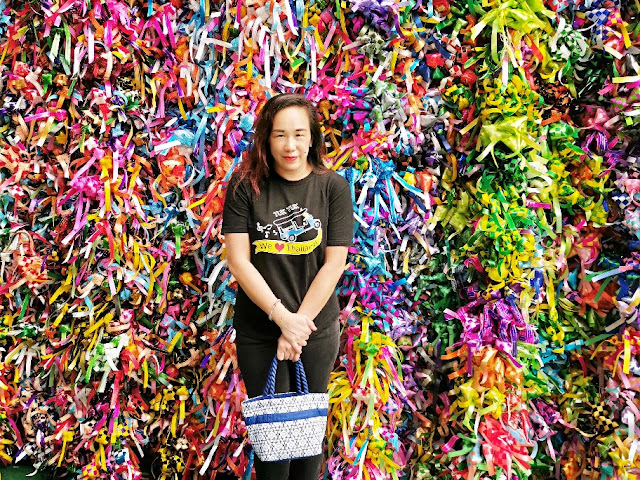 Pavilion Kuala Lumpur, Malaysia’s premier shopping destination, commemorated the end of its Hari Raya celebrations with the record-breaking achievement of weaving 20,000 ketupats for their ‘The Beauty of Raya’ CSR initiative.

The ketupat, a symbol of Malaysian unity and the spirit of Hari Raya, was a beautiful representation of the mall’s campaign, aptly titled ‘The Beauty of Raya’, which is all about inclusiveness and bridging communities together to celebrate Hari Raya with charity at heart. 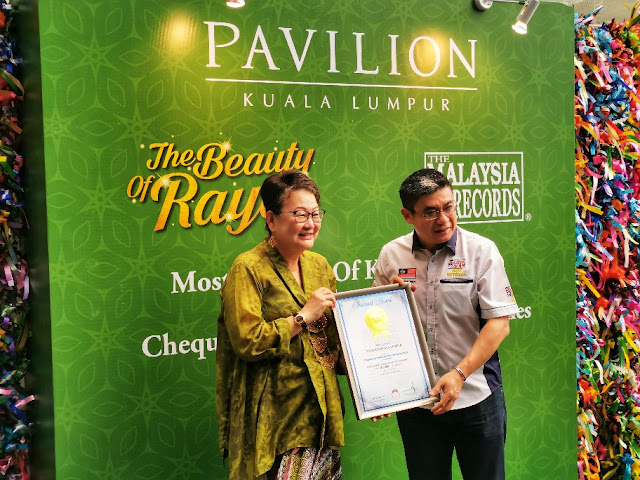 Pavilion KL broke the record once again in the Malaysia Book of Records by achieving the ‘Most Number of Ketupats Woven For Charity’, which received overwhelming support from the Pavilion KL community of partners, tenants, vendors, suppliers, companies as well as shoppers and visitors.

The colourful ketupats helped raise RM20,000 in funds after the mall pledged to donate RM1 to charity for every ketupat woven and collected during the campaign. 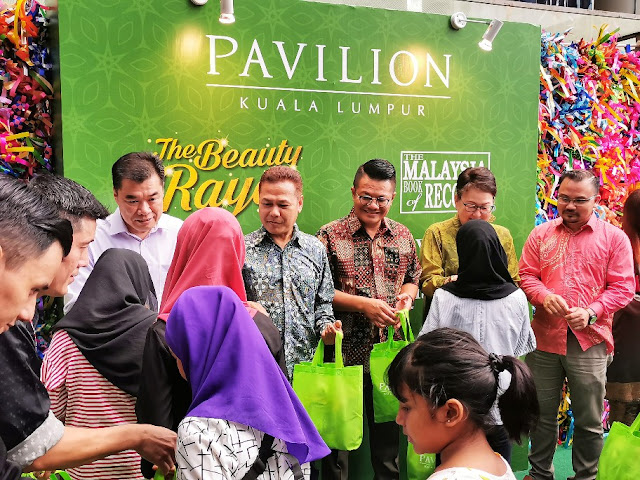 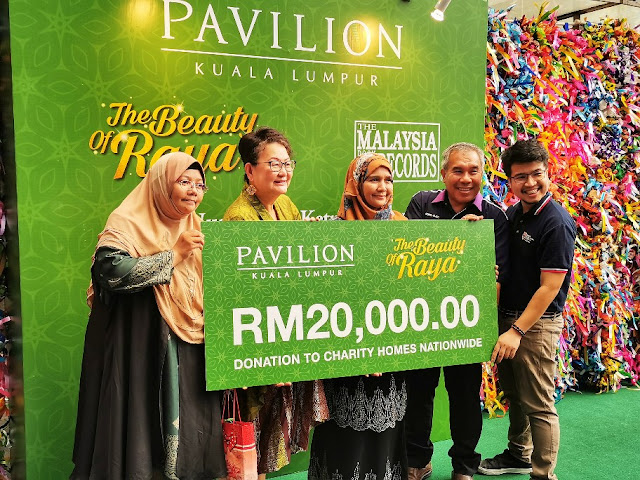 The four homes were then presented with a mock cheque of RM5,000 per home using the funds raised from ‘The Beauty of Raya’ CSR initiative. 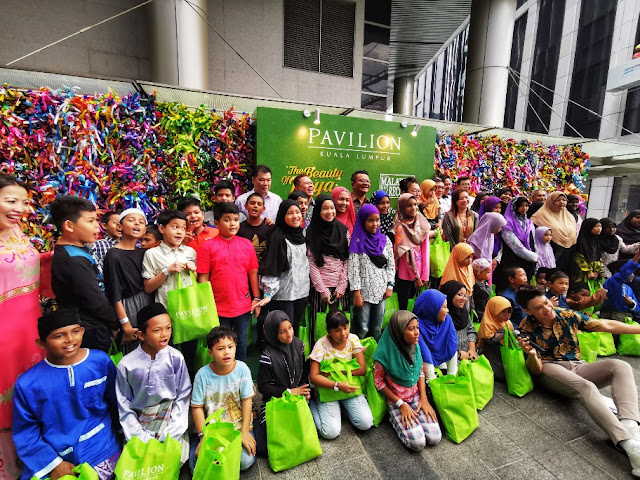 The afternoon was made complete with refreshments at Johnny Rockets and a surprise visit to the Marvel Studios: Ten Years Of Heroes exhibition.