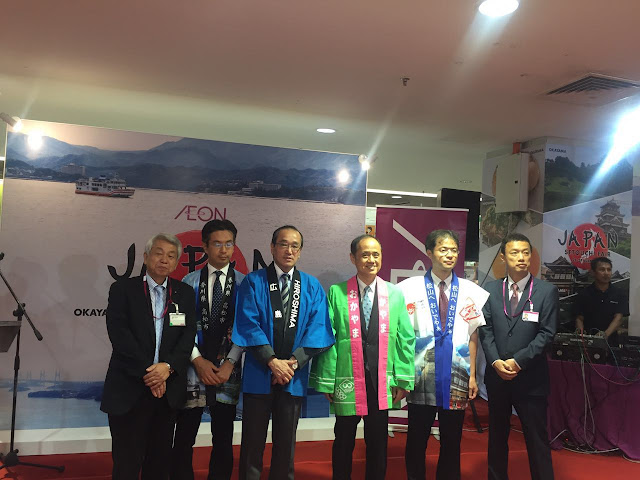 “The demand towards Japanese food in Malaysia has been rising in the past few years. Among many products, Japanese fruit is especially highly valued for its sweetness and quality.  For this fair, there are over 120 products from the Setouchi area, including peaches from Okayama, frozen oysters from Hiroshima, sanuki-udon noodles from Takamatsu and crushed jelly containing fruits from Matsuyama. We host this fair as part of a comprehensive partnership and AEON aim to continuously promote the products from Japan” said Mr. Hiroyuki Kotera.

There will be booths to promoting tourism to Japan, especially promoting on attractive sites in the Setouchi area. The major attractions in Setouchi, includes large area of which is designated as a National park, the calm inland sea and the beautiful islands and famous sites such as the a-bomb dome in Hiroshima (World Heritage) and Okayama Korakuen garden. Setouchi is also well known for its historical buildings and as a central location for art.

For just a minimum purchase of RM10, customers can experience “Superball Sukui” a traditional game enjoyed by children during the festival. They will be promoting an Okonomiyaki recipe for those health conscious that happen to be allergic to flour