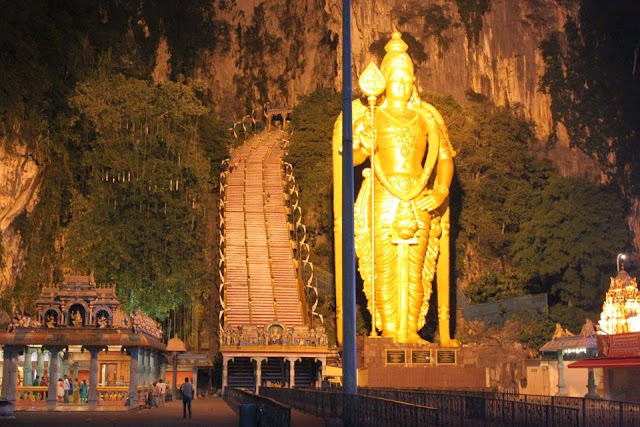 Here at Batu Caves, you can find the world's second tallest Hindu diety / the tallest in Malaysia statue of Lord Murugan, an Hindu diety. The giant golden statue stands at 42.7 m (140 ft) high.

The statue, which cost about RM1.36 million , is made of about 1550 cubic metres of concrete, 250 tonnes of steel bars and 300 litres of gold paint brought in from neighbouring Thailand. 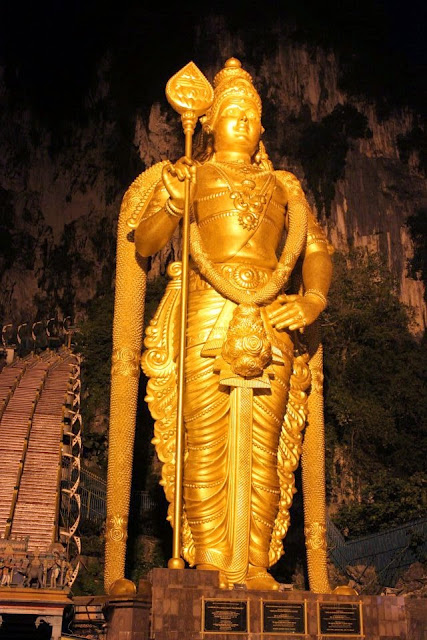 The statue took 3 years to build and was only unveiled in time for Thaipusam in January 2006.
Lord Murugan  (also called Subramanya, Subramani, Muruga, Karthikeyan, Shanmughan and Shanmukha) is the Hindu god of war, victory, wisdom and love. He is Commander of the gods.

Son of the lord Shiva and Parvati, his brother is Ganesha and his wives are Valli and Deivayanai.
Lord Murugan is worshiped primarily in areas with Tamil influences, especially South India, Sri Lanka, Mauritius, Malaysia, Singapore and Reunion Island.

His six most important shrines in India are the Arupadaiveedu temples, located in Tamil Nadu. In Sri Lanka, Hindus as well as Buddhists revere the sacred historical Nallur Kandaswamy temple in Jaffna and Katirkāmam Temple (also known as "Katharagama Devalaya" in Sinhala) situated deep south. Indians in Malaysia also pray to Lord Murugan at the Batu Caves and various temples where Thaipusam is celebrated with grandeur. 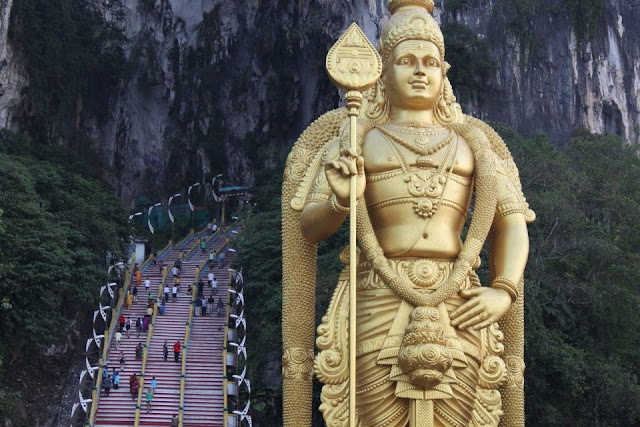