Cruel man who shot arrows at the dog said it was to protect his children.... 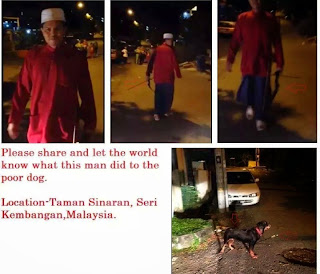 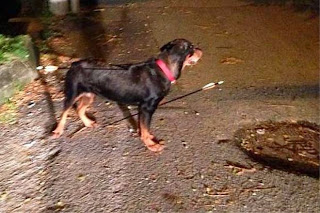 The malay man who got caught in camera, shot two arrows at a dog outside his gate. He said it was done in an attempt to protect his children, said police.


The man was brought in for questioning at the Kajang police station but was released.
Police have confiscated his bow and arrows and are in the midst of finalising the investigation.
It is learnt that police will be submitting the investigation papers to the Federal headquarters.
The case is being probed under Section 429 of the Penal Code for mischief by killing or maiming any animal of the value of twenty-five ringgit and above.
Those found guilty of the offence face a maximum jail term of five years.
Whatever his reason, and if it was to protect his children, I am sure he could have found a more humane and decent way to chase to dog away instead of shooting arrows at the poor creature. Let's hope he will be punished for his cruelty.