Missing boy kidnapped by own parents 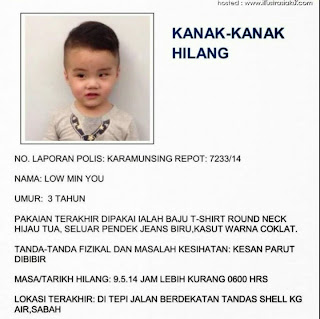 The missing three-year-old Low Min You's case has taken an unexpected twist with the arrest of his parents.
Low Yee Sheng, 31, and his wife Yong Siew Yee, 26, were arrested when they turned up at the police station in Karamunsing on Wednesday.
Both parents were arrested following contradicting statements that they had given to the authorities and then later found to have kidnapped their own son.


Min You supposedly went missing on the 9th of May after his father left him in the car to go to the toilet at a petrol station, along with the car.
The vehicle was found a few hours later at Signal Hill,about 2.5km from where it was taken, but Min You was reported missing from the car. 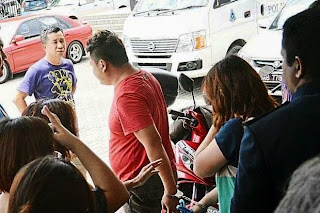 Min You was then reported to have been safely found at a condominium belonging to an acquaintance of his father in Bukit Padang earlier today (16/5)
The motive is to said to be trying to extort ransom money from Min You's grandfather.