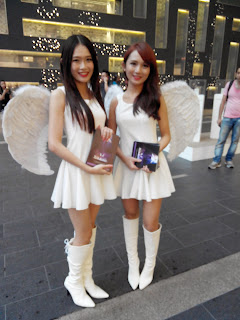 Despite a drizzle, Peter Marvey; Magician Without Limits arrived in style and grandeur which awed everyone at the main entrance of Pavilion Kuala Lumpur today. His grand arrival accompanied by ' beautiful angels' had attracted onlookers, young and old to stay back at the Pavilion 'Nyonya Cups' fountain area to watch him as he performed one of his signature acts, the 'Live' human levitation.

Also there, were specially invited local celebrities such as Hannah Tan, JJ from Red FM and Cheryl Lee from 988FM to participate in his levitation act. The performance done without any help of backdrop or visible apparatus had awed onlookers with his jaw dropping act where he levitated the celebrities to an incredible height. 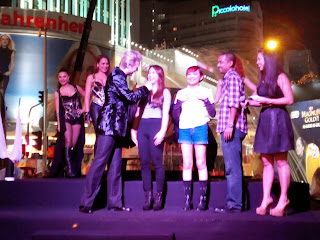 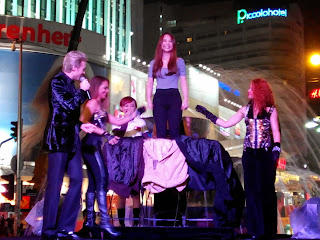 "Resorts World Genting has always been well known for its entertainment offerings especially its spectacular resident shows that showcases the best in magic, illusion and dance, and with that being said, Peter Marvey magic show is one of it. The Peter Marvey magic show promises the most original and incredible magic stage play and people of all ages should not miss out on this rare chance to watch him perform live at Resorts World Venting this coming 28th May 2014," said Mr Kevin Tann, Assistant Vice President of Promotions & Entertainment, Resorts World Hunting during the launch. 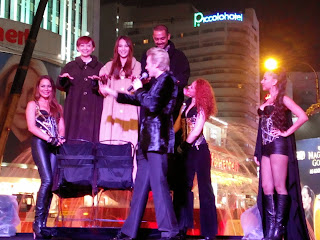 As many as 1,300 complimentary tickets to the special preview show on May 27 were given to the audience who snapped pictures at the Peter Marvey photo booth and posting them on their Facebook wall. Cast of characters from Robots Unite, international buskers and dancers from Resorts World Genting were also spotted on site to spice up the ambience with their antics and incredible dance moves before the arrival of Peter Marvey. 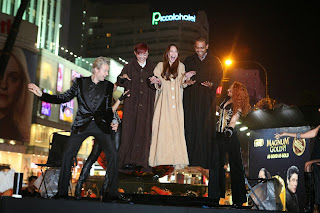 The new resident show featuring mind blowing spectacular acts will take place in Genting International Showroom from the 28th May to the 24th November 2014. Being the creator of his own magic acts and doing the impossible, like flying in bright lights and changing costumes mid-air, patrons can expect more then just levitation of a bigger scale at the Peter Marvey magic show.

You really have to feast your eyes on Peter Marvey's show at the Resorts World Genting and get thrilled by one of the most intense, gripping and electrifying show!!!