For some people dating websites appear to be the answer to getting a partner. You can go online, set up a profile and start surfing the web for someone interesting.

Nowadays, not only on dating sites, these scammers are also approaching potential victims on social media.

A normal start would be the lines of.. "I fell in love with your beautiful photo and would love to know you better".... Etc..

You can flirt without seeing someone face to face and if there is no love spark, you can hit delete and carry on. And there are plenty of success stories.

Many of us know couples who met online and went on to have meaningful relationship.

But there is also a sinister online world where crooks and conmen lurk, pretending to be lonely people but in truth are seeking to cheat people out of their money, and  move on – jilting their victims.

When Rosie went online she hoped that the Internet would help her find love and a new partner. After a failed marriage, Rosie was looking for a second chance at romance.

Rosie  joined a dating website and met a man who called himself James. He said he was a widower and seemed nice and caring. Rosie was very interested. James seemed like a gentleman and a possible soul mate and it appeared to be mutual.

Although they never met in person, Rosie and James e-mailed and spoke on the phone for months.

James even said he was planning to move to where Rosie was and he wanted Rosie to be part of his new life in there.

“I’ve gone through your profile so many times,” he wrote. “You sound exactly like a woman I would love to get along with. I still don’t know what I did to be so lucky to have you in my life. I would love to meet you in person.”

But before that could happen, James told Rosie he had to take a business trip to Saudi Arabia. While there, he had an emergency: he’d forgotten his wallet with all his money and identification in a taxi.

James e-mailed Rosie that he was getting help from the consulate but, since they are so in love, she offered to send money so that he could get by in the meantime.

At first James declined Rosie’s offer but eventually he relented, promising to repay the money she advanced. Rosanna wired $5,000 via Western Union.

It wasn’t until weeks later that she found out that it was all a con – her money had vanished along with James.

This is how the scheme works: perpetrators target those looking for love online.

They create a false identity and begin communicating on dating websites. Once trust is established, they ask their unsuspecting victims for money.
They never meet in person.

One of the techniques identified is something called “love bombing” where victims are smothered with displays of affection, charm and flattery.

And the scammers carefully tailor their e-mails to play to the victims’ values and interests.

The things that make you tick, your kind of emotional passwords to your heart. These scammers keep detailed notes of the victims responses and they make themselves into that ideal person.

An ideal persona online that lowers victims defences and makes them vulnerable to send thousands of dollars to a fictitious character – someone they’ve never met. It’s a lesson many people learn the hard way.

So there you are.. Don't trust people you do not know at all online no matter how seemingly sweet or perfect.... 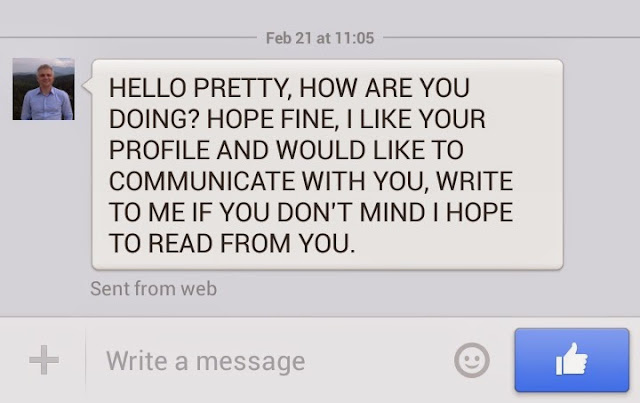 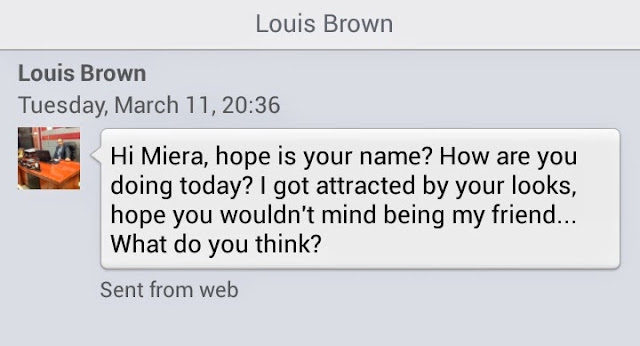 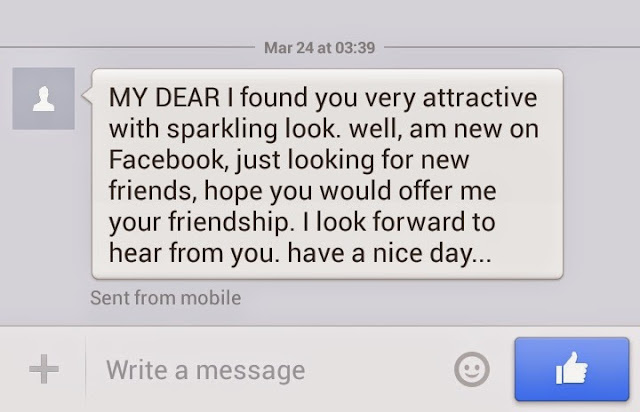