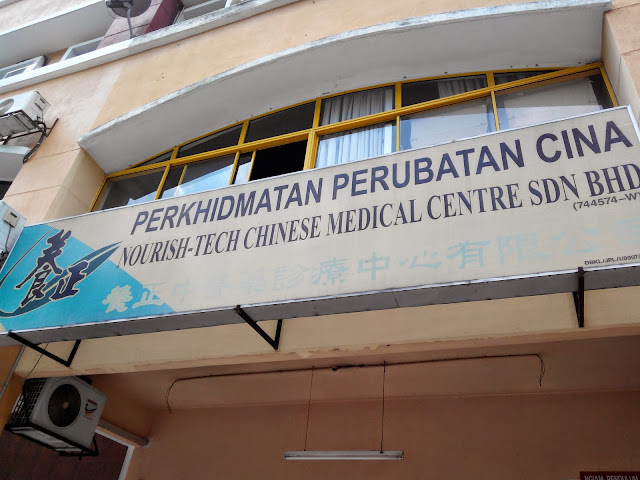 Since hubby got a mild stroke, had several advices from friends to go for acupuncture.
This place called the Nourish-tech Chinese Medical Centre was highly recommended by his close childhood friend.

Another friend and client of mine whose wife had stroke also swears by acupuncture and so my hubby and I decided to give it a try. 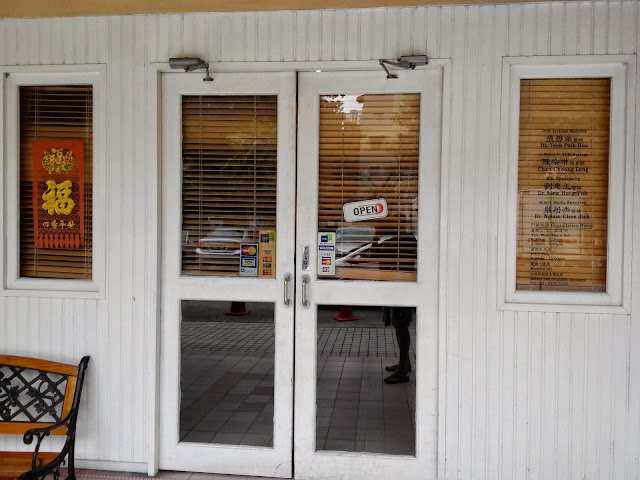 They do a variety of treatments from acupuncture, massage and also cupping /scrapping depending on what the Chinese physician feels suitable.

Acupuncture is a form of ancient Chinese medicine in which fine needles are inserted into the skin at certain points on the body.

Acupuncture was said have originated in ancient China but how it evolved from early times are uncertain.

Traditional Chinese religion attributes the introduction of acupuncture to the Chinese diety Shennong.
Hieroglyphs and pictographs have been found dating from the Shang Dynasty (1600–1100 BCE) suggests that acupuncture was practiced along with moxibustion. Acupuncture has become established in China, USA and in most countries.

Acupuncture is based on the belief that an energy, or 'life force', flows through the body in channels called meridians. This life force is known as Qi (pronounced 'chee').

Practitioners who adhere to traditional beliefs about acupuncture believe that when Qi cannot flow freely through the body, this can cause illness. They also believe that acupuncture can restore the flow of Qi, and so restore health.

Acupuncturists believe that acupuncture stimulates nerves and muscle tissue, and that this may be responsible for any beneficial effects.