MH192 safely lands back at KLIA

Passengers on board Malaysian Airlines Flight MH192 had a four hour nail biting trip after the landing gear was found to be giving problems shortly just after take off, forcing the plane to turn back and make several attempts at an emergency landing.

The plane finally successfully made an emergency landing at about 2am with 159 passengers and 7 crew members on board.

"The pilot was alerted by the KL Air Traffic Control that tyre debris were found on the runway and immediately contacted Malaysia Airlines Operations Control Centre (OCC) at 10:25pm.

As safety is of utmost priority to Malaysia Airlines, the aircraft was required to turn back to KLIA," said MAS.

The passengers have been arranged to put up for the night in nearby hotels.

According to FlightRadar24, MH192 then flew in circles off the coast of Port Klang to finish it's fuel.

According to Boeing’s specifications, the 737-800 is not able of dumping fuel in mid-air, so it had to burn off its fuel until the aircraft reached an acceptable weight to land safely.

After about thirty minutes, the plane flew towards Port Dickson, and attempted to make an approach on the runway, but ended up making a low pass over it.

MH192 then went back to Port Klang area and began to fly in circles again from about 11.25pm until 1.22am, before trying a second approach on the runway but took off again without landing.

"Malaysian 192, can you confirm to land or another flight path?" the air traffic control (ATC) tower radioed, which was live-streamed.

As the aircraft made its series of left turns that would take it near Port Dickson for the third landing approach, MH192 radioed to check on preparations for a potential emergency.

ATC: "Malaysian 192, we have just received a message. They have already foaming the runway for you."

The pilot sounded calm and composed - even as he made the mayday call.

Two minutes later, MH192 began a slow left turn and then made its final, successful, landing approach. There are no reports of any injuries.

"Malaysia Airlines flight MH192 that made an air turn back towards KLIA has landed safely at 1:56am. Alhamdulillah (thank God)," MAS tweeted at its official Tweeter account.

Note: Kudos to the captain of the flight here. He is certainly a hero, composed and brave and safely brought everyone back to safety. 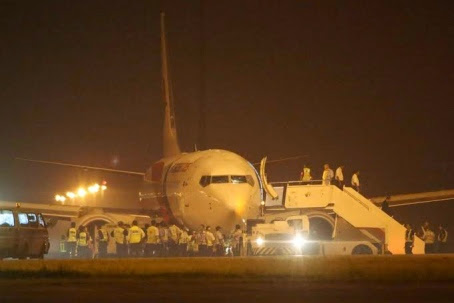 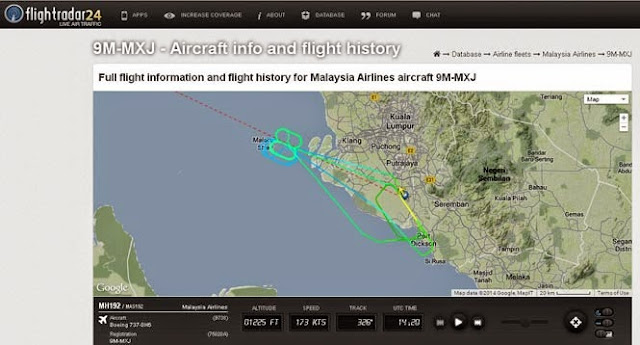