Of uncaring medical staff at the Selayang Hospital 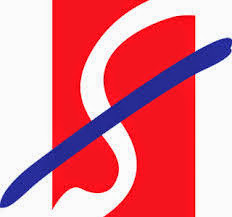 Hospitals.. are supposedly a place where you get attended to, and get the chance to recover soon with the attention of caring medical personnels.
But sadly, this is not quite the case if you are dependent on government subsidized hospital care.
You are forced to wait for hours before getting any treatment.. And if you are lucky enough to get treatment, they cannot wait to kick you out as soon as you are slightly better.
My husband had a mild stroke back in March and he was admitted to the Selayang Hospital.
This stroke affected his left side alignment and also made his speech slurry.

They only kept him for barely a day before discharging him. Second time around was last two weeks ago, when he suffered from severe committing that made him severely dehydrated and weak.
The clinic we went to referred him to the hospital and when we arrived, they just asked rudely, "so, what are you here for?"
We had to argue with the doctors before they finally put him on the drip and some medical attention.
Worse yet to come as it was a fact they couldn't find his medical records despite he had been warded in that particular hospital barely 3 months before and in that particular emergency ward as well.
Then they kept him in the emergency ward for observation for barely 6 hours before dismissing and discharging him.
And as a result of it, my husband suffered a minor second stroke which we almost missed noticing until we realized his alignment to the right side was affected, he couldn't smile properly any more as one side of his mouth is more frozen now and one of his pupils is a little bit out of focus.
All this is what happened and well, this blog is some what a bit of my grouse on the service of the Selayang Hospital.
In wonder if they treat their own family members that way should one of their family members happened to be a patient.