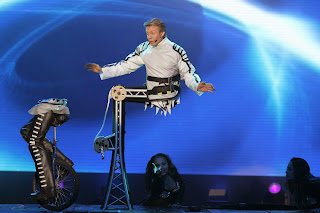 Peter Marvey is the world's leader in magical flying and levitation. He made it possible to fly in bright light and was the first magician to change costumes in mid air. Peter Marvey is ready to surprise and leave spectators in a state of disbelief with his jaw-dropping acts at Peter Marvey: Magician Without Limits! 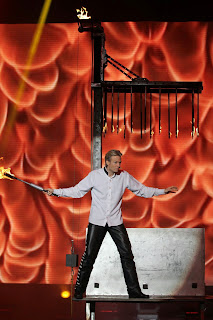 Peter Marvey is famous for his signature piece, "Dream Flying", an illusion broken down into 7 different flying systems which took him 7 years of study, design and practice.


Some of his prominent awards include "The Golden Wand" in 1996, Merlin Award for "Magician of the Year 2002" & "Most Creative Illusionist 2009" and having performed in over 30 countries and states in 5 continents. He was also Swiss National Champion for 1993- 1995 back in the days.

To catch more of Peter Marvey's formidable magic show such as the Ultimate Cut, Lumitec Levitation, Magic Card and Diamond Illusion, make your way up to Resorts World Genting and be one of the first few to watch their all new resident show Peter Marvey: Magician Without Limits performing daily from 28 May to 25 November 2014, 9pm at Genting International Showroom. 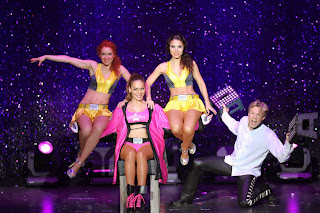 I was part of the media group invited by Resorts World Genting to attend Peter Marvey's Magic Without Limits show and I have to say I was truly mesmerized. Every stunt, magic performance was executed flawlessly designed to make the audience speechless with amazement.

The show opened with some introduction on Peter and how he first started doing magic by making the food he dislike disappear from his plate during his early childhood years.

The Ultimate Cut act really awed me and all of the audience where Peter Marvey was cut into half and his upper body left hanging while his lower half of the body was circling around on the unicycle!!!

The Diamond Illusion was definitely sparkling, and very glamorous..which left the audience including yours truly here breathless from amazement. What happened? That is for you to find  out but do prepare to be awestruck!!!

Rush your way to Resorts World Genting now to experience for yourself the astounding Peter Marvey- Magician Without Limits ongoing now everyday at 9pm until the 24th of November 2014.

Adult tickets for VIP, PS1 and PS2 are priced at RM118, RM88 and RM48 respectively while for children, the tickets are RM68, RM48 and RM28. Genting Rewards Card members will get to enjoy 30% discount while a 15% discount will be given to non-members for purchase made between 29th May and 15th June.