Man swallows a sword on Britain's Got Talent 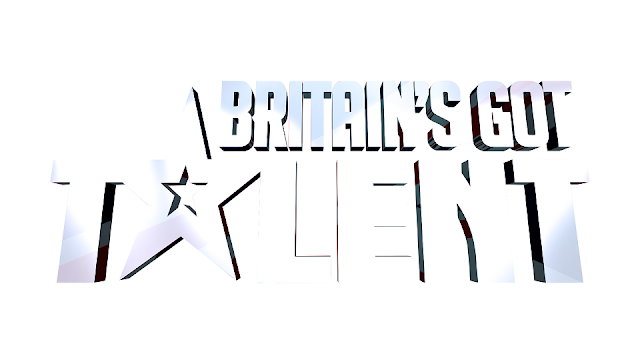 Don't you somehow love those talent shows where you get to watch people from all walks of life showing of their skills? Some which can make you go all agog, some which annoys you and some that make you do a double take.....

Anyway, Britain’s Got Talent is back with a bang! At just the first round of auditions viewers and the judges, of course, saw some incredible acts, including Alex Magala, who got everyone shrieking in horror with his sword-swallowing routine..... and here is an interview with the The 26-year-old from Moldova who performed what has been described as "one of the most dangerous acts ever" on Britain's Got Talent.... 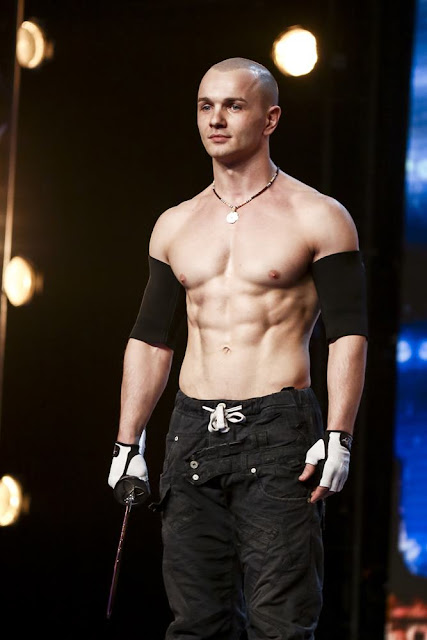 Q. On your VT you’ve been practicing this act since you were a teenager, what drew you to the element of danger and wanting to swallow sharp objects?
A. I remember the night very well, it was a rainy evening in Moldova and I was by myself watching America’s Got Talent. I’ve always followed talent shows because I’m really fascinated by watching talented people from around the world. I remember seeing one man swallow a sword - it was so awesome the way he delivered it and the reaction he got from the audience was amazing. It really inspired me and since then I started to practice to get where I am today.

Q. Were you ever scared?
A. Yes of course because it’s not something you can learn from books. It’s not like there are tutorial ‘how to’ videos online so you have to discover it for yourself. It’s a dangerous journey to go on and there was a lot of mistakes along the way as well as the reappearance of eaten sandwiches on the floor when I was practicing so yes it was quite difficult.

Q. What’s the worst injury you’ve sustained?
A. The worst injury was actually when I was performing on Italy’s Got Talent. Everything has to be very aligned in order for me to perform so if your breathing isn’t right or you have a dry mouth for example it can go very wrong – it’s so delicate. I had a very serious injury where I couldn’t actually eat for a week afterwards. The first couple of days after the incident, I was getting a fever and I had severe headaches. My temperature also fluctuated from freezing cold to being very hot and sweaty. I couldn’t swallow so for the first couple of days all I could really take in was water then I slowly moved on to yogurt. It was really hard.

Q. What do you family and friends think of the act?
A. When I first started to do this nobody supported me and honestly I kept it all very secret. My parents didn’t really support me and I was practicing a lot at night so if I made mistakes or had any injuries they would heal overnight when I slept. This meant in the morning any cuts I had sustained healed a little so I could eat properly and they wouldn’t suspect. 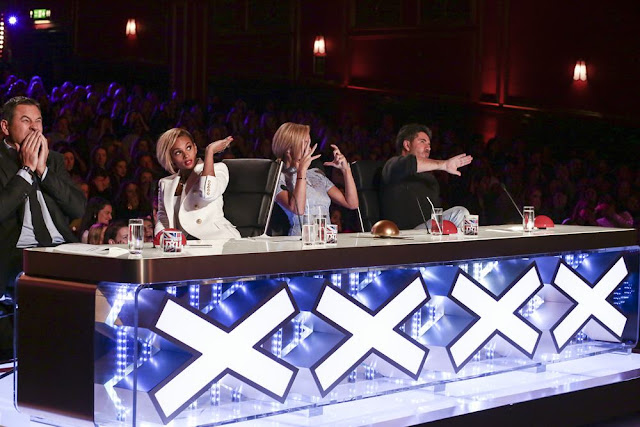 Q. Is there anything you’d like to try and incorporate into the act or swallow that you haven’t before?
A. Yes definitely, that’s pretty much what I’m preparing for. If I get to the semi-finals I really want to show my new trick! I’m not even sure it’s possible but I’m really trying to deliver something new that audiences have never seen before. I’ve never this trick before so right now I’m in the process of rehearsing so I can present it to Britain’s Got Talent audiences and to the judges.

Q. Obviously you’ve been following Got Talent for a long time, having already spoken about watching America’s Got Talent when you were younger, and you’ve since gone on to appear on various Got Talent shows e.g. France, Russia, Italy to name a few. Why Got Talent in particular?
A. I think it’s because what I do isn’t for everyone and not everyone enjoys watching it. For me, it was really hard to find my audience and Got Talent is such a great platform. There’s people watching who actually accept me for who I am and what I’m doing. I’ve been getting tremendous support and I’m really happy that I’ve found this show because Got Talent has made me who I am right now. I’m really thankful for that.

Q. Do you still get nervous?
A. Every time, you never know how it’s going to end and luckily I’ve been able to pull it off. Every time is like a first time and I’m putting my life on the edge and living in the moment.

Q. Is there any other Got Talent shows that you’d like to perform on?
A. Actually my final destination was Britain’s Got Talent - that for me is the biggest show and the most demanding. I’m really open for a new journey so we’ll see. I’m just going to ride this wave and I’m focussed on this moment in time. I don’t know where it will bring me or if I’ll survive but hopefully everything will be fine.

Q. Is there one of the judges you wanted to impress the most?
A. Of course I appreciate every one of the judges and I genuinely love them all but I really wanted to impress Simon. During all of these Got Talent shows, the judges have seen everything particularly Britain’s Got Talent which is in its tenth series now. It’s really hard to pull out something new and so I’m really happy that I got a standing ovation from them it was such a big honour and accomplishment for me.

Q. What is your ultimate ambition, where do you want to go with this act?
A. I suppose the question is where the audience will go with this act because I’m performing for the people. For me, it’s not a race or for money or fame I’m performing for the people first of all. The feedback that I’m getting is that I inspire other people and I change their point of view in life so that’s what’s important for me and that’s what I’m focussed on. 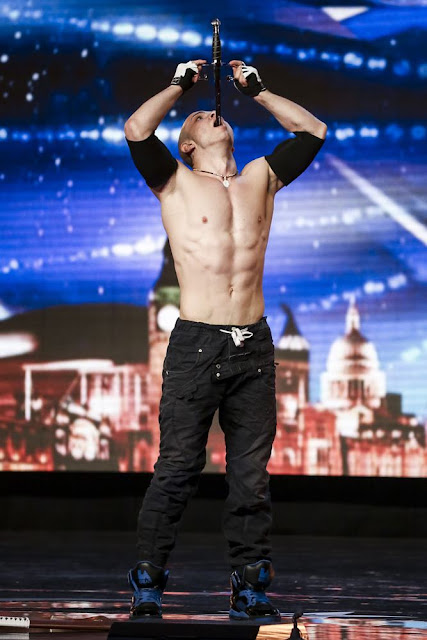 Britain’s Got Talent S10 airs as live via satellite Sundays 10:30am (9:30am JKT/BKK) on RTL CBS Entertainment HD.
Primetime encore on Sundays and Thursdays at 9pm (8pm JKT/BKK)