Full of curiosity and wanting to know more, I attended the Media Prima Television Networks Screening held at the Majestic Kuala Lumpur with some media friends. 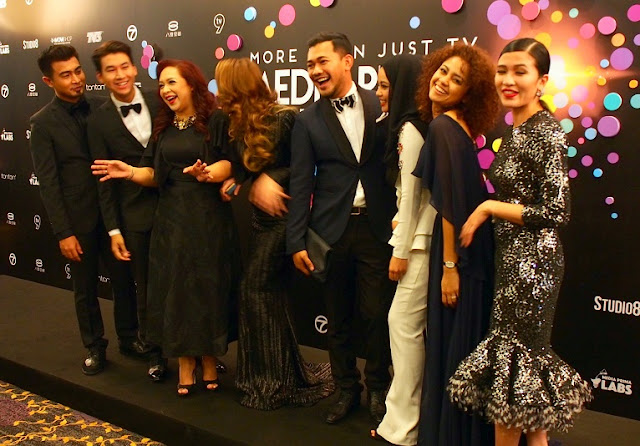 And boy were there plenty of news, and changes which we can expect as Media Prima Television Networks introduced a whole new array of content and initiatives that will ensure its continued leadership position in all genres, non-stop engagement of the lucrative premium Malay and Chinese mass target audiences and new services aimed at the local digital landscape.
The theme of this year MPTN Screening was “More Than Just TV” carefully selected to show their leverage on the divergence of media to offer offerings and solutions that are both interactive and immersive.
“Media Prima is not just on your TV – we are on your laptop, PC, tablet, smartphone. We are even on your 50-inch Smart TV at home. We are online, we are on apps, and we are on-ground. We are everywhere, we reach everyone. We’re more than just TV,” said Datuk Kamal Khalid, Chief Executive Officer of Media Prima Television Networks (MPTN). 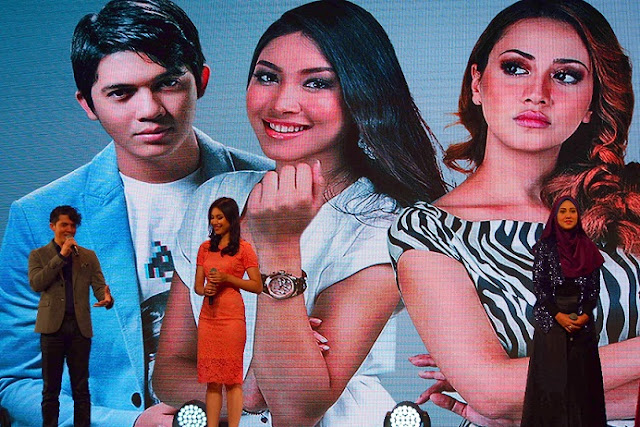 MPTN will of course continue to build on its achievements and to continue dominating the Mass Malay market this year by including new slots, in which Seram Komedi is also introduced and more substantial international collaborations, with Indonesia and Pakistan... 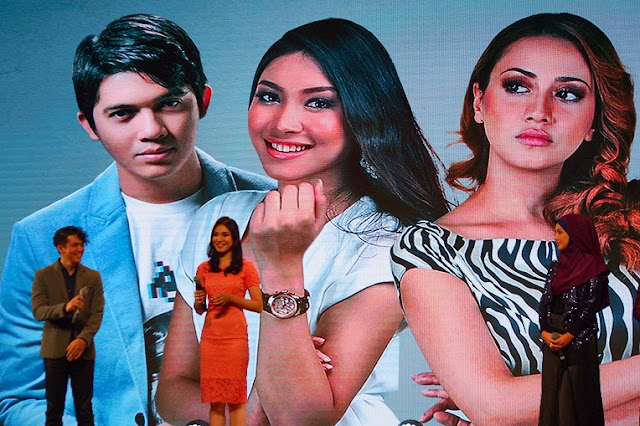 Media Prima Television Networks is well known for their best reality shows, such as Bintang Mencari Bintang (BMB), Mentor Milenia, Clever Girl and Da’i which are some of the network’s highly rated reality shows that will continue in 2016.
MPTN also has a full range of top comedy shows, top singing shows, top game shows, even top religious shows that would enable advertisers to zoom into the dominant mass Malay market. 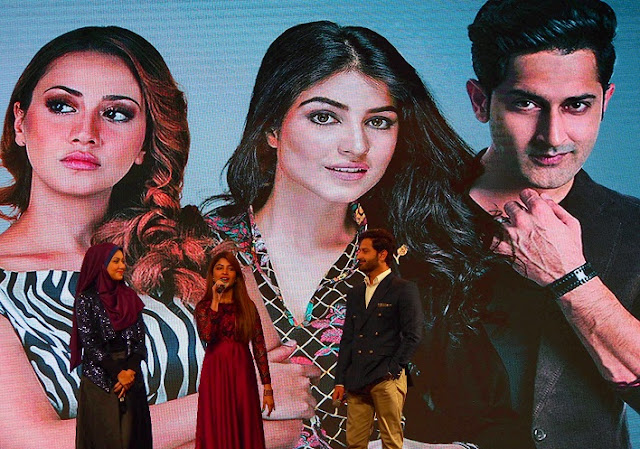 Some of the drama series to look out for this year, would be Dia, Misteri Wan Peah, Sara Sajeeda, Dokto, Apa Tu?,  Jangan Ikut Aku, Hero Oven and lots more.. 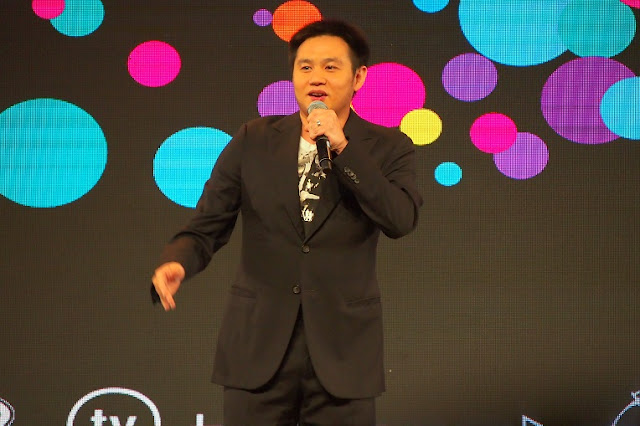 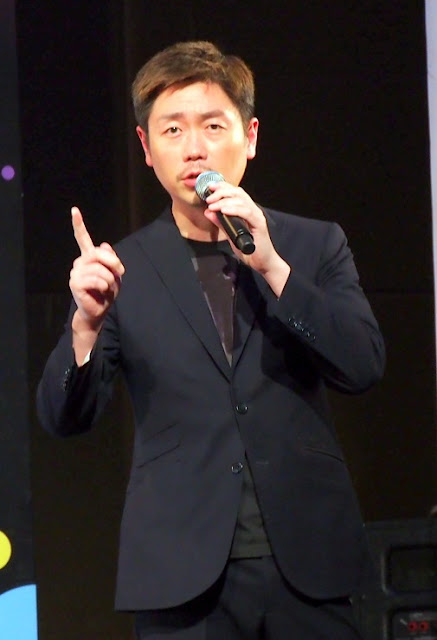 Datuk Kamal Khalid surprised Chinese TV fans by announcing that MPTN will be extend their Chinese prime time hours from 88 hours a week to 115 hours a week throughout 2016.
“This is a big, big progression for Chinese content at Media Prima and something a lot of clients will be really happy about,” said Datuk Kamal. 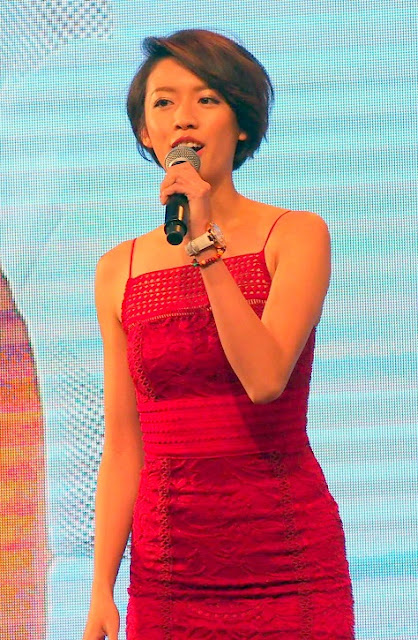 The Group is also committed to investing more into local productions. “For example, we will show a drama called Revolving Heart, featuring Hong Kong TVB actor, Raymond Wong as the lead actor.” said Datuk Kamal.
And for those who missed out on popular Korean hit drama, Descendents of the Sun, fret not, 8TV will be bringing it on soon too!!! You really have to watch this!!
The Golden Awards 2017, Malaysia’s biggest local Chinese award show that honours the best in Malaysia’s Chinese entertainment industry, will also return in May 2017 in its fourth installation. 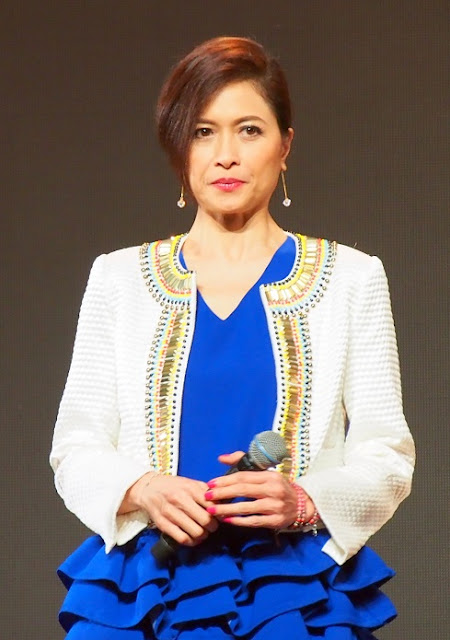 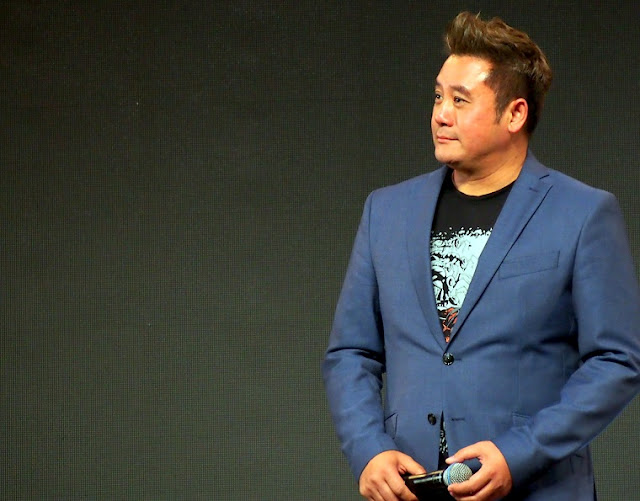 Media Prima Labs (MPLabs), tasked with developing mobile products for Media Prima’s group of companies, has released a game to complement the animated series Ejen Ali, which premiered earlier this month on TV3.
Called Ejen Ali: MATA Training Academy, the game app is targeted at 9 to 14-year olds. This is the end-product of the first of two winning entries from an earlier Hackathon event organised by MPLabs. Called the Ejen Ali Game Jam, the competition was held over one weekend and offered cash prizes worth RM200K for teams that developed the best game for Ejen Ali.
Over 15 teams entered MPLabs’ inaugural Hackathon and plans are already in place to organise several other hackathons later this year for other MPB IPs.
The first Ejen Ali game was downloaded over 100,000 times within four weeks of its release. The second game in 3D graphics is scheduled to be launched in Q3 of 2016.
Hot on the amazing achievements recorded by Ejen Ali is one of TV3’s longest running IPs, Jalan Jalan Cari Makan, which officially entered into the competitive food app sphere.
The app achieved an overwhelming response as it recorded as the No.1 App for Food & Drink category on iOS. New users can download the free JJCM app on the Apple App Store and Google Play Store. 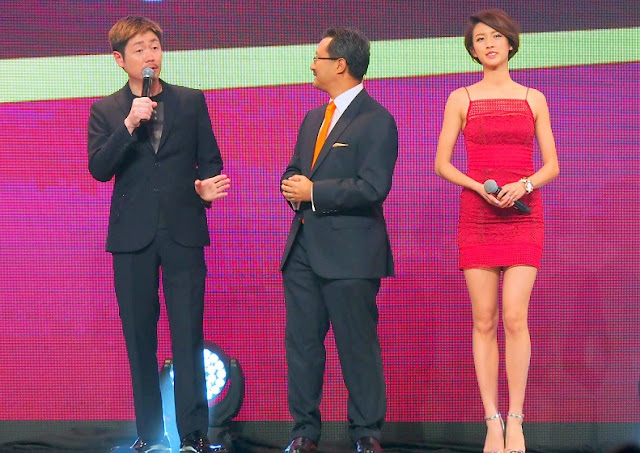 tonton fans will be pleased to learn of the introduction of a new and enhanced tonton, Malaysia’s no. 1 video streaming portal with over 5.6 million registered users. tonton is growing rapidly with over 22,000 new members weekly, and a total of 222,000 unique visitors weekly.
80% of its offerings are local content, providing it a unique positioning not provided by other OTT players on the market. MPTN is set to take it to a whole new level by entering the world of subscription-based Video on Demand (SVOD).
With just RM3 a month, all 5.6 million registered tonton users as well as new ones will get to enjoy free content when they upgrade to a tonton VIP and enjoy a host of benefits, all designed to enrich their viewing experience, anytime, anywhere. Amazing or what!!!!!
With the added benefits, tonton VIPs will be able to: 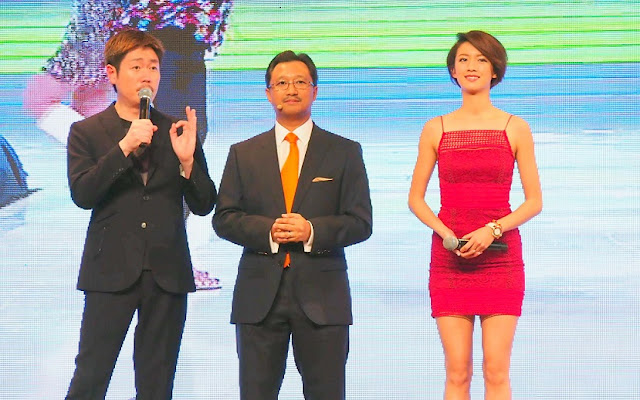 MPTN’s plans for urban content could even redefine the way television is being interpreted traditionally.

“The urban scene is where new trends and social behaviours develop. From Food Trucks to Video Sharing Platforms like YouTube, the urbanites are first takers of everything new. Some time ago, a young, irreverent channel did just that for our urban audiences, you remember?” asked Datuk Kamal in reference to 8TV. 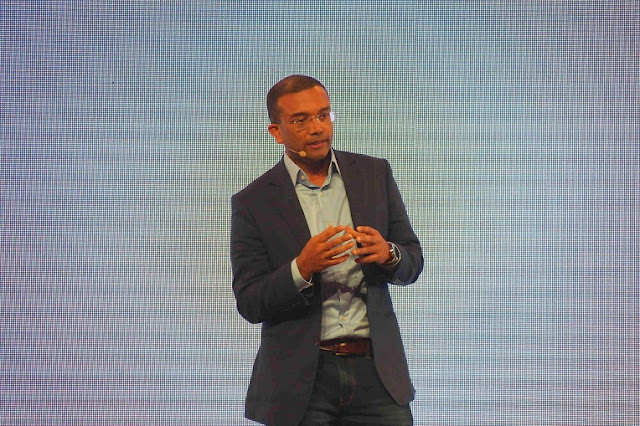 The entire urban side on 8TV is going to be totally online, where the audience is. With the new direction, 8TV’s urban content will be spearheaded by Studio8, and it will only be available online on YouTube. 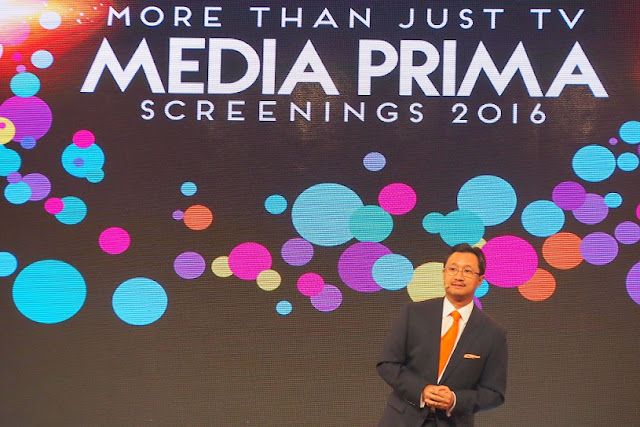 “Studio8 will not be a typical TV channel” said Datuk Kamal.
He said Studio8 will be made up of content creators “both in-house and on YouTube, who are in constant collaboration, dreaming up new ideas, creating new shows and stories that will bring urban audiences back to power. It’s a big bold move and we’re confident it’s the right one,” he added. 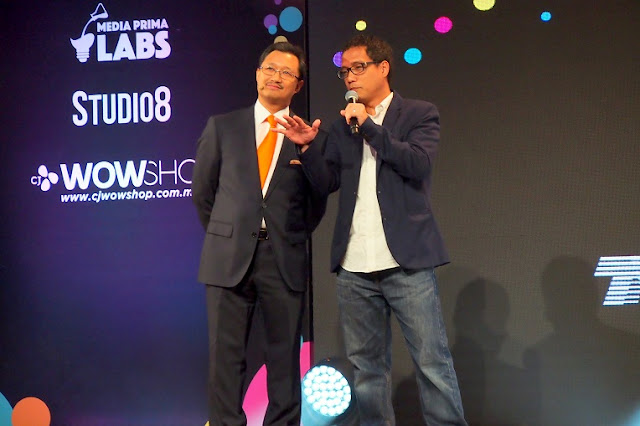 Ex -CEO, Ahmad Izham Omar, who is now the CEO of Primeworks Studios (PWS) made an appearance quipping that while it was him that made 8TV cool, it was Datuk Kamal which was going to make it cooler.... 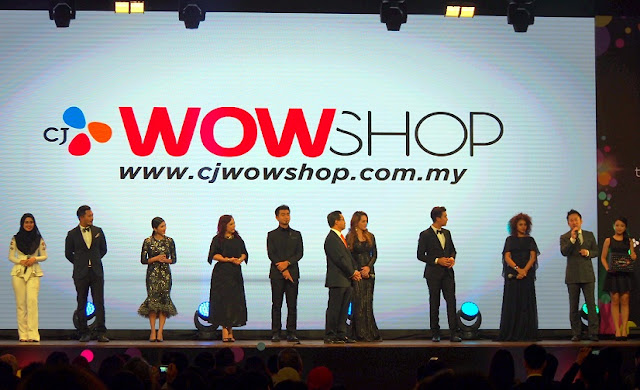 For online shoppers or couch potatoes who love to shop from the comfort of their home, there is a new home shopping joint venture by MPTN in partnership with Korean-based CJ O Shopping Co Ltd!!! 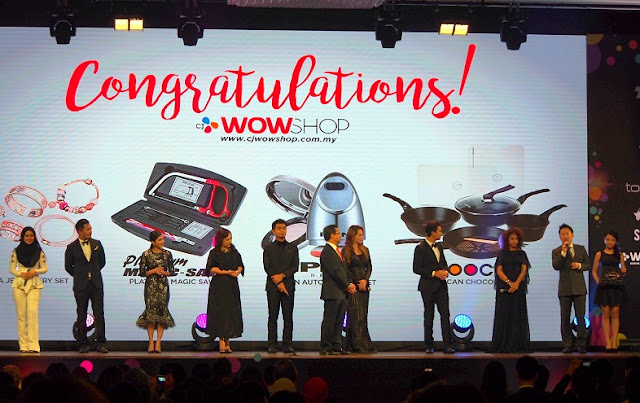 With CJ WOW Shop, MPTN has an exclusive home shopping content across all its TV channels, having approximately 16.5 hours of exclusive content daily across all Media Prima TV stations plus on tonton and on its own e-commerce website at www.cjwowshop.com.my and m-commerce platforms via its own “CJ WOW SHOP” mobile app, which will be available soon on Google Play Store and Apple App Store. 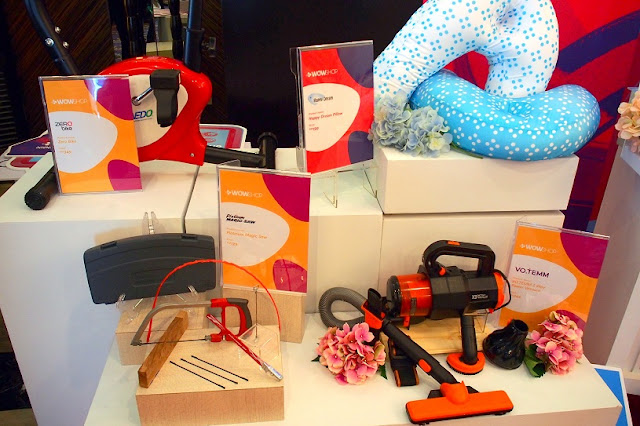 Some of the product range available on CJ WOW Shop include beauty products, household items, as well as fashion and gadgets, all exclusively available on our platform. 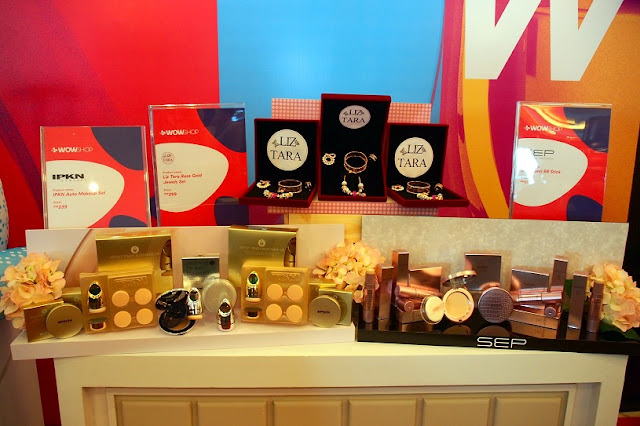 “This is not only benefiting consumers but also a brand new advertising opportunity for you to showcase your brands and products,” concludes Datuk Kamal. 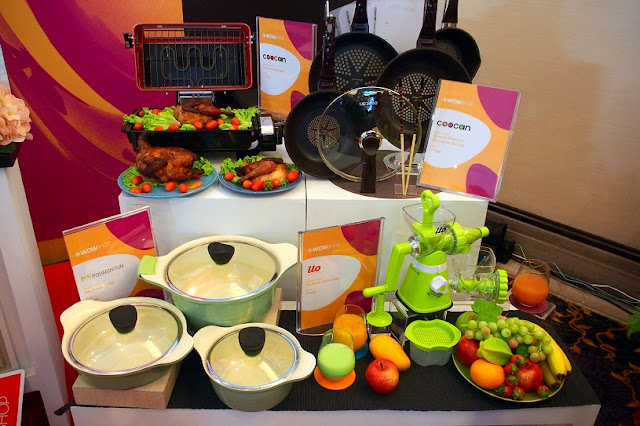 I am all thrilled and excited and cannot wait to watch all the new programmes MPTN will be bringing us... and check out the new online contents... so what about you...