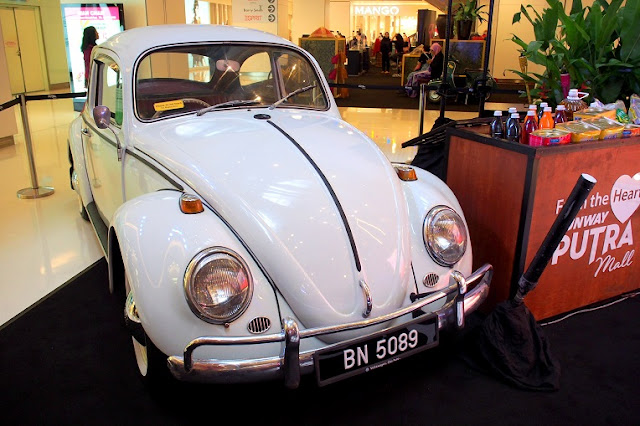 I was invited to Sunway Putra Mall for their Raya Klasik Launch. From the moment I stepped into the mall I was really bowled over by the  truly magnificent 60’s theatre or affectionately known back then as ‘Panggung’ at the centre stage of the main concourse. 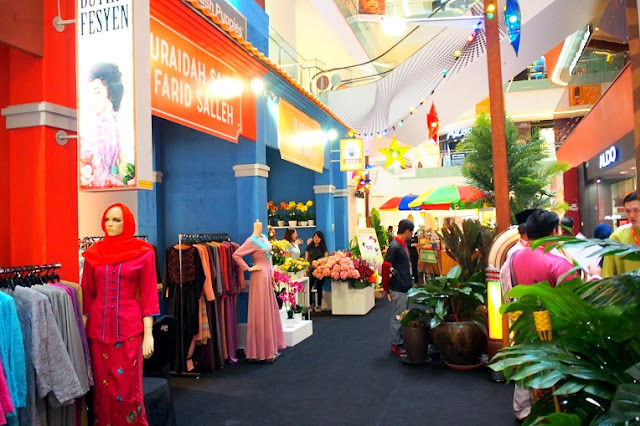 The panggung was surrounded by a few very colourful vintage shop houses, a vintage Beetle car and oil lamps as to complimenting the final look. 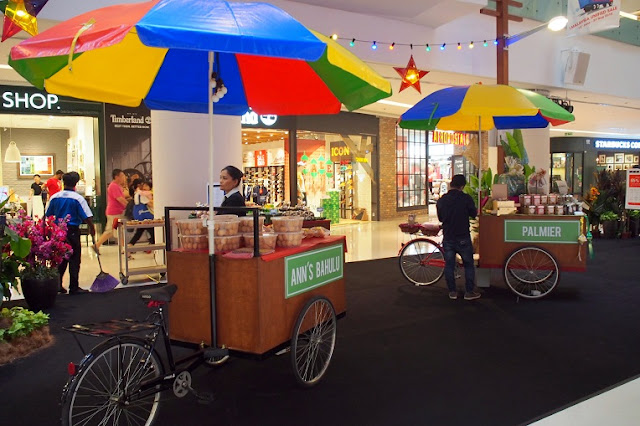 There were even vendors hawking their wares on tricycle gerai and colourful big umbrellas invoking a truly nostalgic feeling... 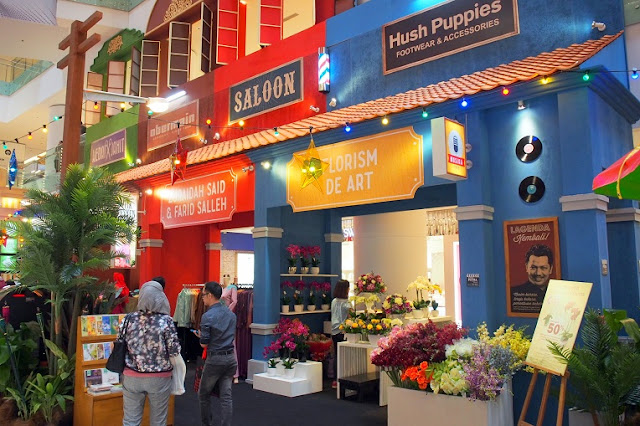 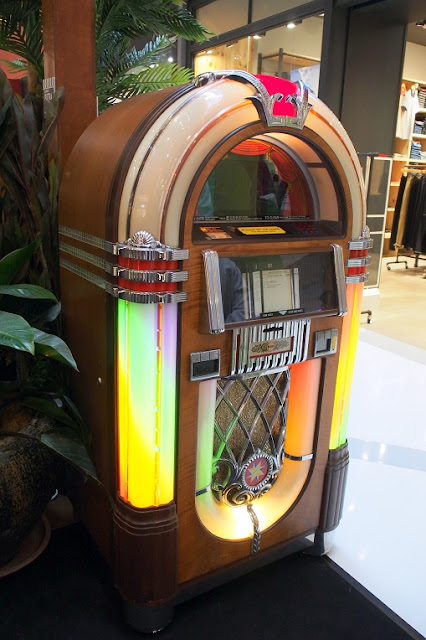 There was even a juke box there to add to the heydays of 60’s when vintage and modish were the rage. 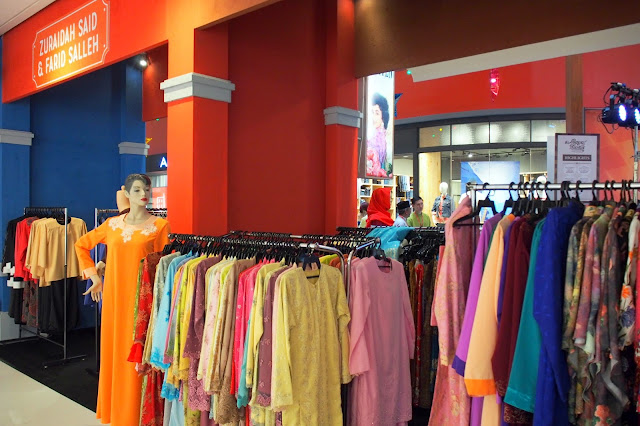 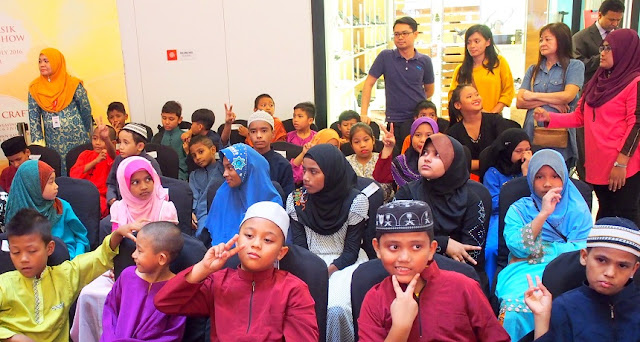 Anyway  I have to say that I was blessed to be among those media and bloggers who were invited along with with 30 Yayasan Chow Kit (YCK) children for an early Raya celebration. 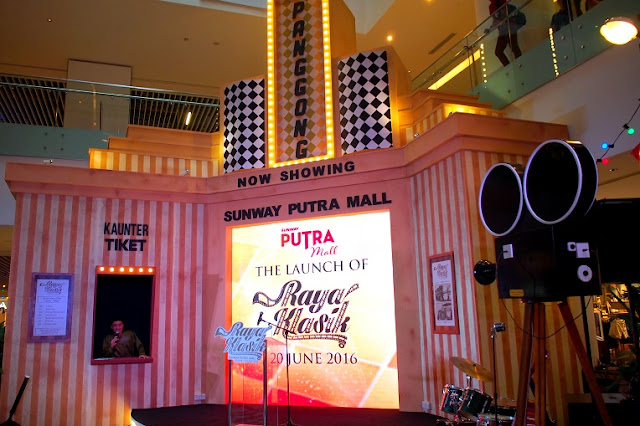 We were entertained by numerous memorable and nostalgic classic songs which were played to entertain and sooth guests crowding around the Main Concourse, mesmerized with the illuminating decorations. 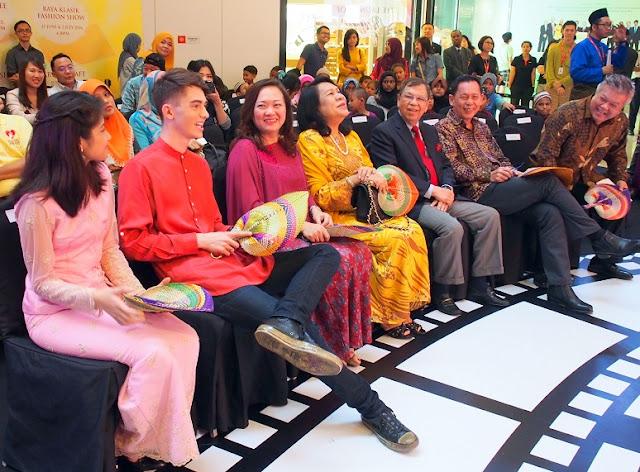 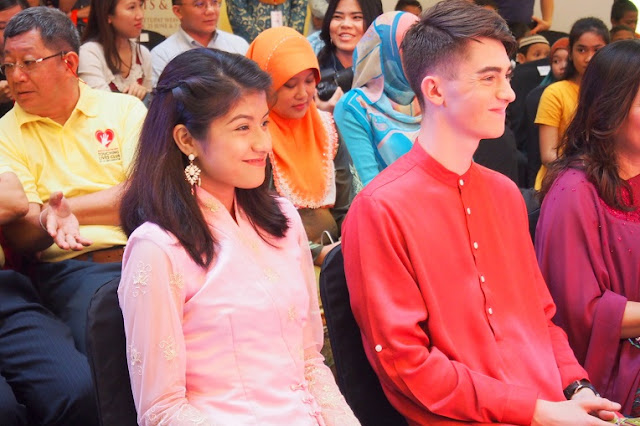 Oh look, who is in the house.. the very lovely and enchanting young Nik Qistina who is just 16 years old and the good looking and grown up Greyson Chance who is now 18 years old.... 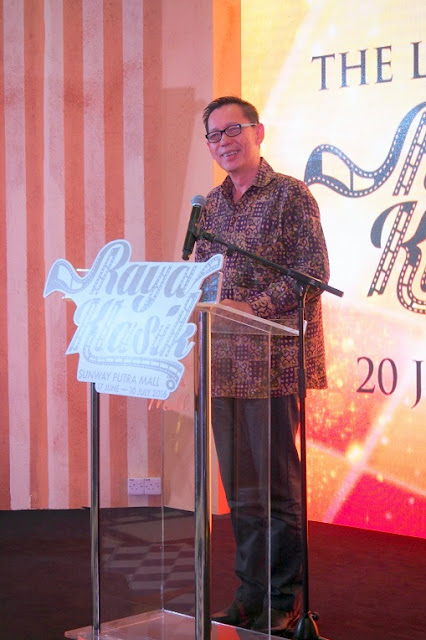 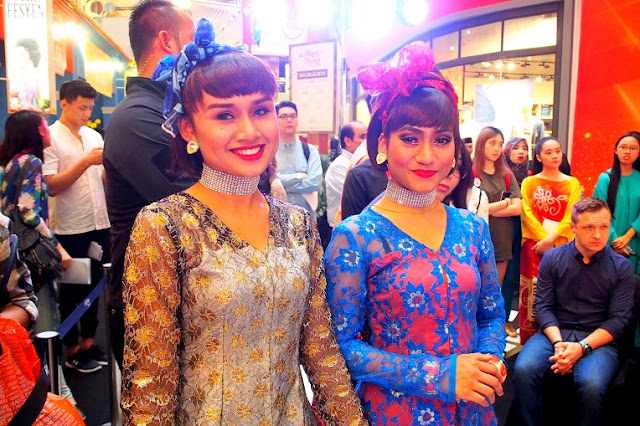 Tan Sri Razman, Puan Sri Latiffah, Mr Chan, and Mr Kevin clapped their vintage clapper board signaling the launch at the Panggung. This was followed by an explosion of confetti to officially mark the beginning of Raya Klasik at the mall. 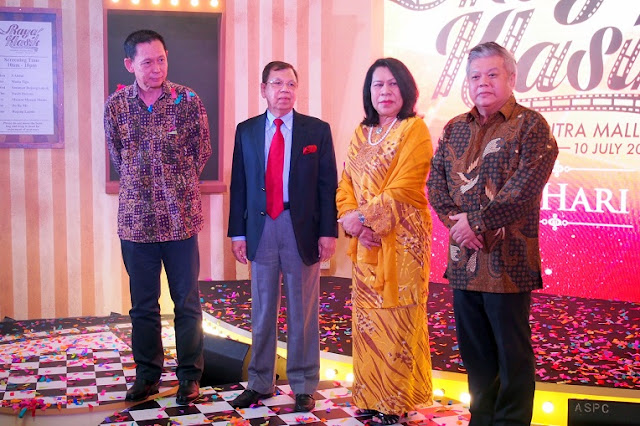 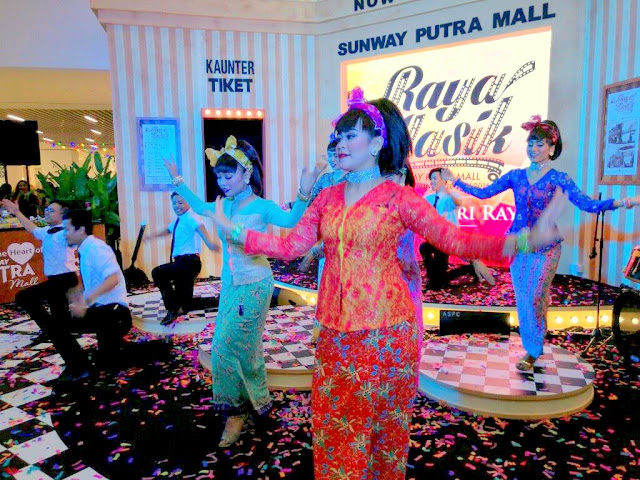 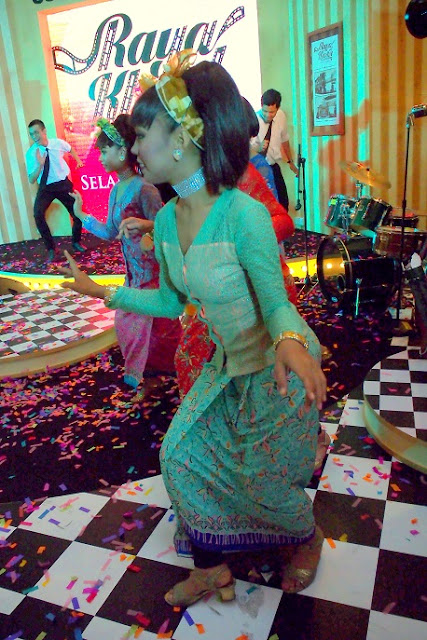 The crowd was later delighted when the dancers appeared and enthralled the audience with their moves transporting the guests back to the 60’s with classic pop dance featuring songs like Mambo, Bila Mama Pakai Celana and others which were the hit in the 1960’s Malaya movies. 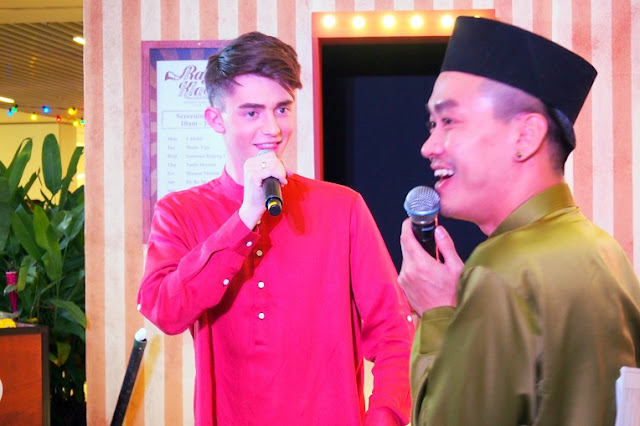 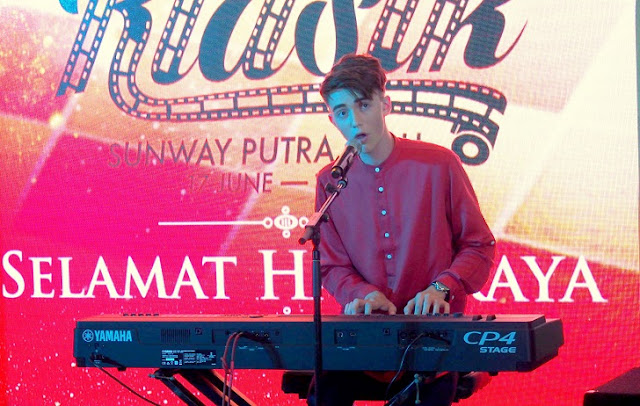 The special highlight of the launch when Greyson Chance started singing his latest single ‘Afterlife’ much to his gathering fans delight.... 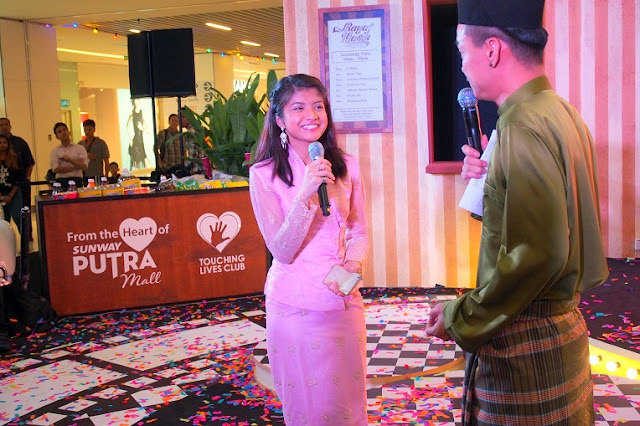 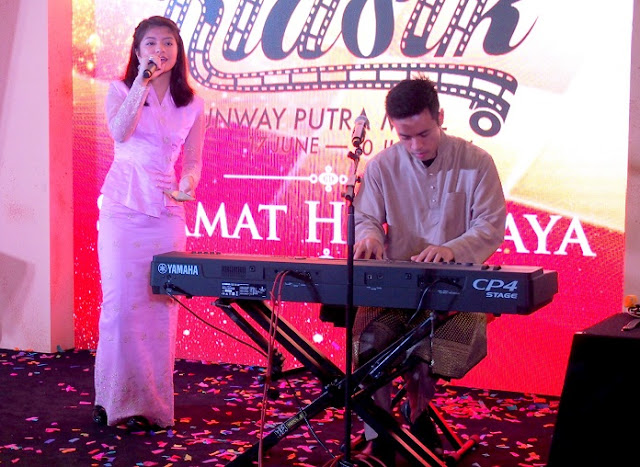 The lovely Nik Qistina, a new local artist impressed us all with her version of ‘Pulang Di Hari Raya’. 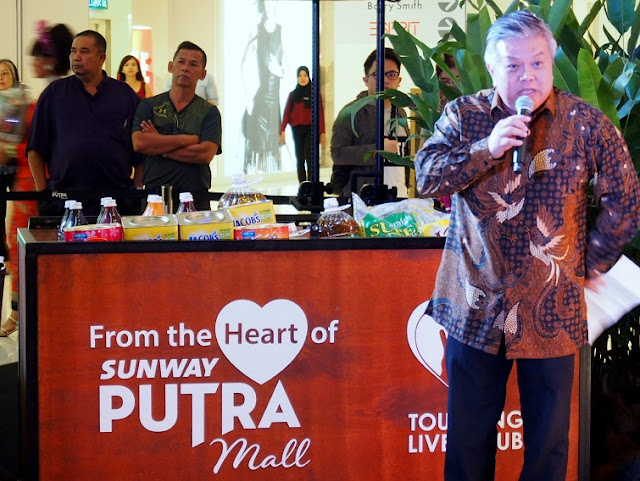 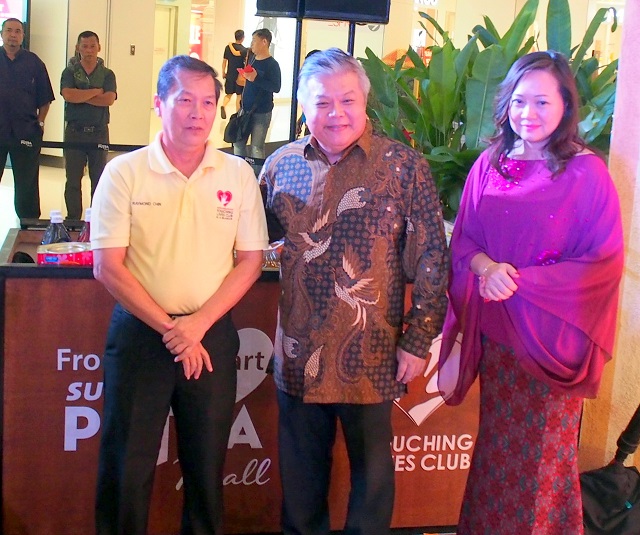 This campaign is to encourage shoppers to donate non-perishable food items to the less fortunate as an act to support and also help them during this festive season. Donations would be distributed to Pusat Jagaan Lambaian Kasih, Sg.Penchala just before Hari Raya.

“We hope to receive continuous support from the public to help us gather the sufficient food items in helping to provide the underprivileged to prepare for this Hari Raya.” mentioned Mr Kevin. 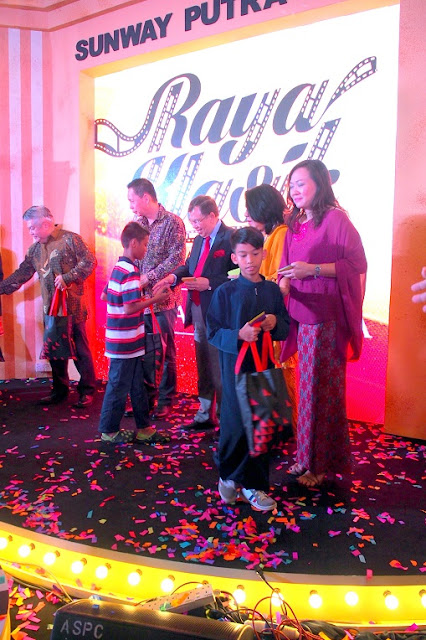 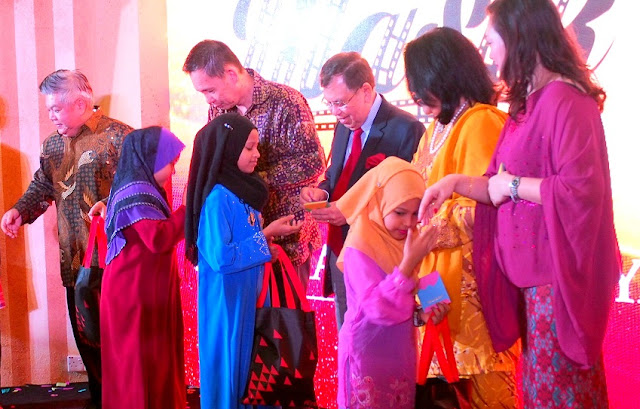 Then, Tan Sri Razman and his wife proceeded to give Raya packets and goodie bags to the children of YCK. The hampers were sponsored by Friends of Burger and Popular Bookstore. 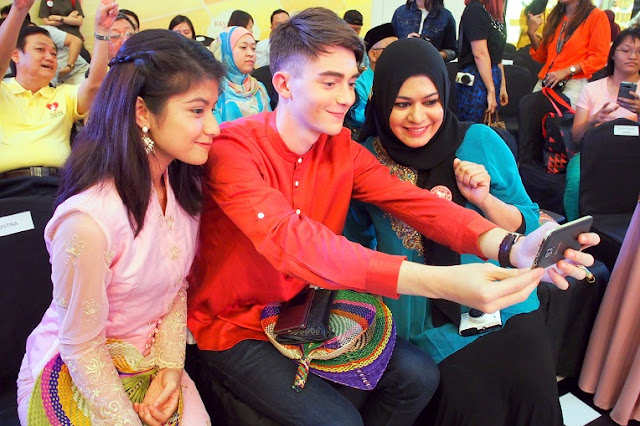 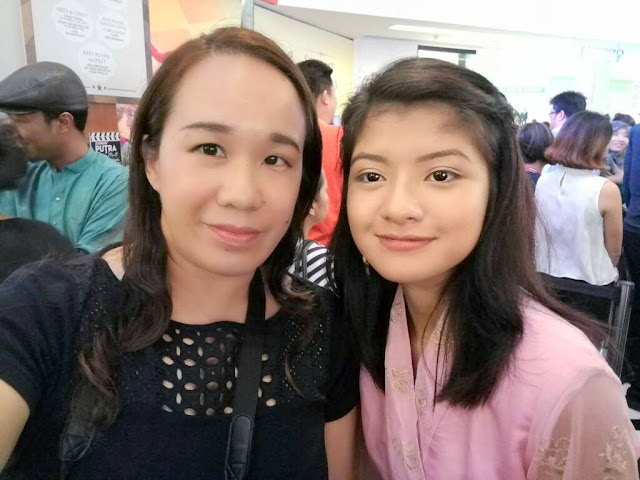 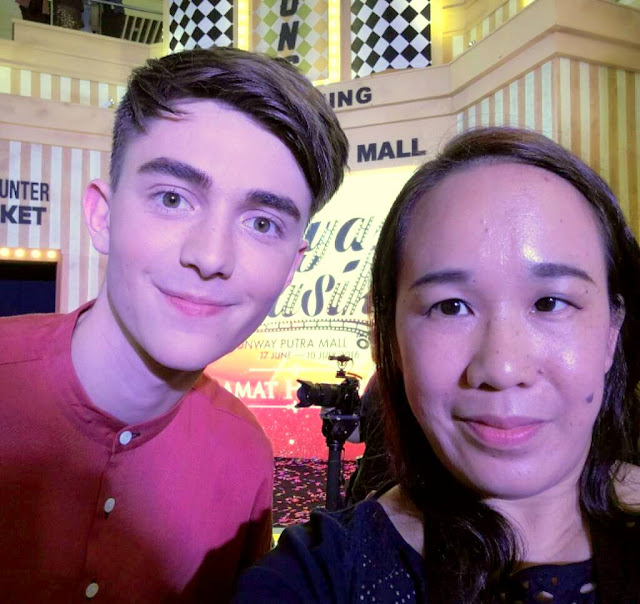 ‘Klasik Raya’ runs from now till 10 July 2016, throughout the month of Ramadan and Syawal. There will also be screening of P.Ramlee best known classical films from 10.00am to 10.00pm on selected dates, dance performances, festive bazaars and shopping redemptions of Raya Packets, Klasik Cushion Cover and Handmade Beanbag.  You so do not want to miss this, so be here at the Sunway Putra Mall to check it out.. 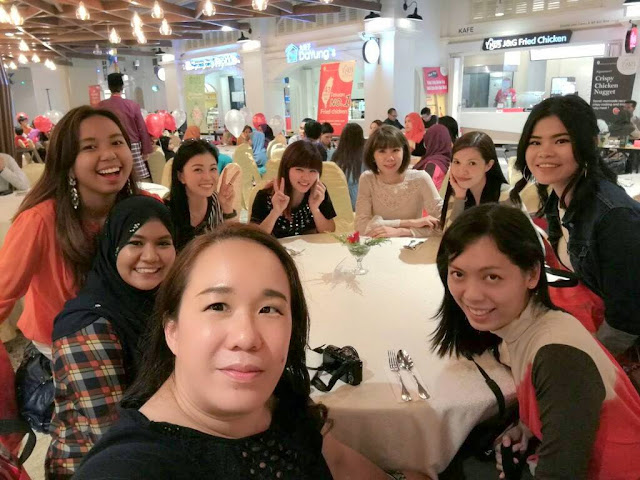 Members of the media, bloggers as well as the kids and some lucky invited guests then got to break fast at the Selera Street food hall... Greyson Chance and Nik Qistina joined their specially invited fans who were overjoyed by the surprise....