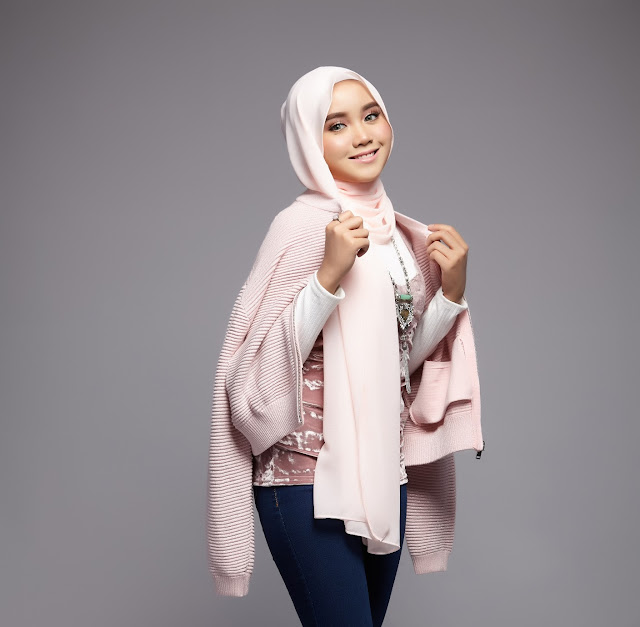 This petite songbird has won numerous reality-TV singing competitions in the past such as ‘Idola Kecil’ and ‘Ceria Popstar’, and has acted in an 11-episode drama series ‘Nujum Kenit’ and also a Syawal special telemovie ‘Tiba Masanya’.

Apart from being gifted with a beautiful and sweet voice, and a promising career in acting, this 17-year-old ex-host of a children-based edutainment series ‘Teng Teng’ and ‘ChiChi & ChaCha’ is a talented piano player.

‘Tak Malu’ is a hip and light pop number created just for Farisha to suit her girl-next-door image and young age as a teenager while the melody was crafted carefully in accordance to the current trends in music-making.

The lyrics tell the story of a young teenage girl much like herself that keeps on bumping with the man of her dreams and is not ashamed to admit that she likes him despite knowing she might be up for rejection.

“This single is not really about a girl who keeps on chasing after her dream guy all day long or being a ‘borderline stalker’ *giggles* but has a wider understanding regarding women. I think the woman of today is someone who is brave and not afraid to express her feelings. To me that is totally okay if she were to be at the right place and at the right time,” says Farisha candidly.

Sony Music Entertainment Malaysia believes with the right mix of catchy melody and simple lyrics, this song will become an instant hit and will draw attention from current music lovers out there especially among the young generation.
According to Farisha, she is beyond ecstatic with the birth of her first single.

“I am so grateful and utterly thankful to the Sony Music Entertainment Malaysia management team for inviting me to be part of their big family. I humbly hope with this first single, listeners out there will accept me as a newcomer in the local music industry,” she explains.

‘Tak Malu’ is now available on iTunes and could be streamed through various music portals such as Apple Music, Deezer, JOOX Music, KKBOX, Raku, Spotify and Yonder Music.

Make sure to request ‘Tak Malu’ by Farisha Irish composed and written by Mike Chan and Omar K at your local radio stations now!