So yours truly was over at the Quill City Mall Kuala Lumpur, with her mini me... Quill City Mall is after all a family and kids-friendly shopping destination located along Jalan Sultan Ismail.... 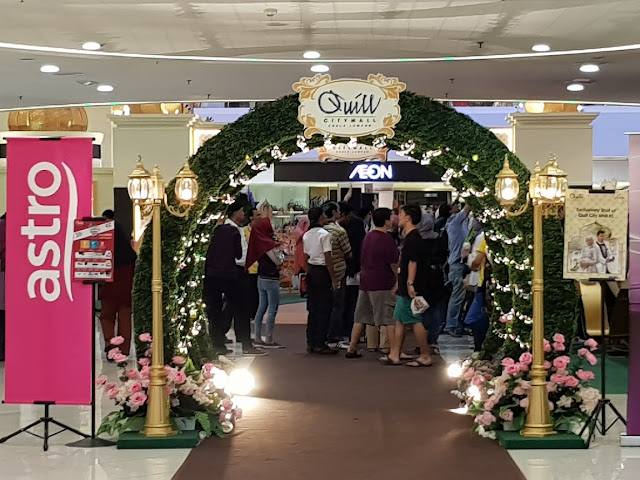 The reason we were there was to do a little bit of Raya shopping as well as attend the mall's Raya Kasih & Cinta themed Corporate Social Responsibility (CSR) initiative with Fattah Amin and Nur Fazura, which was in conjunction with Ramadhan and Hari Raya Aidilfitri celebrations. 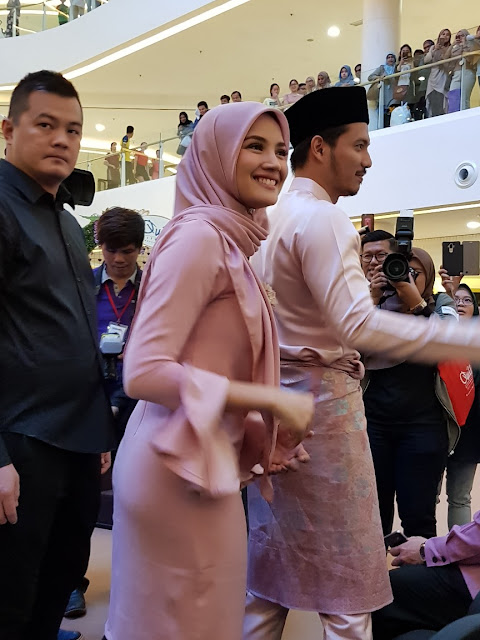 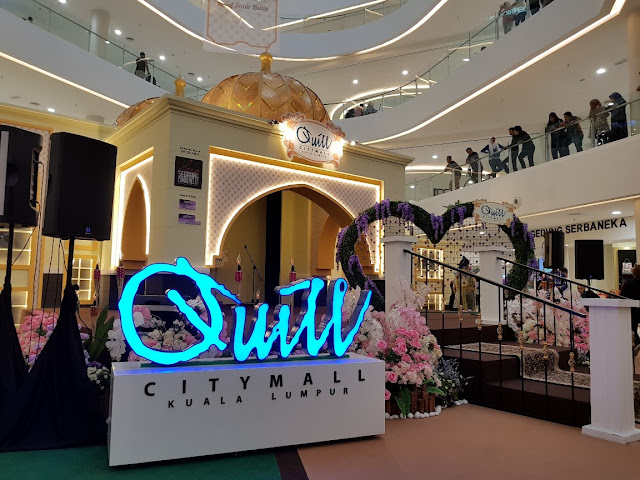 The Main Atrium of the Quill City Mall has been turned into a Hero Seorang Cinderella theme for the Raya celebrations, providing shoppers an unforgettable experience from the drama series.

Be sure to come and experience some of the Kasih & Cinta scenes found in the drama series which have shot exclusively at Quill City Mall KL. 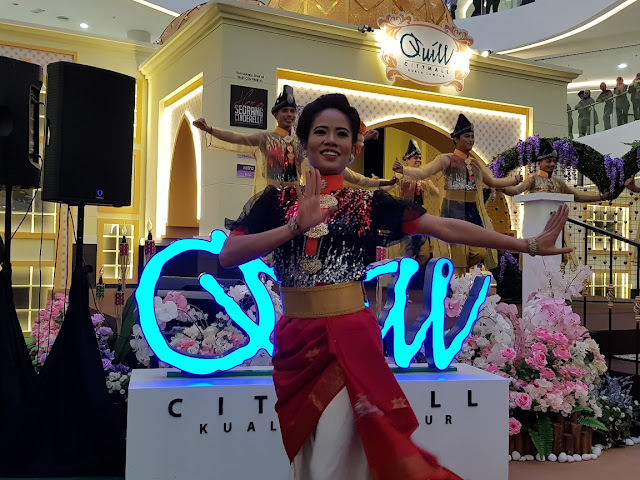 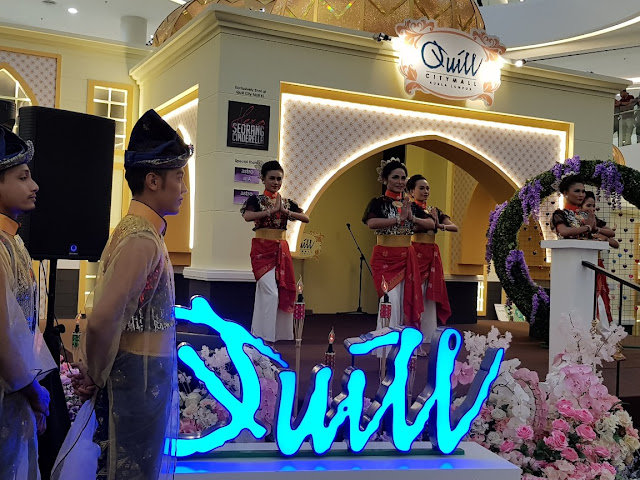 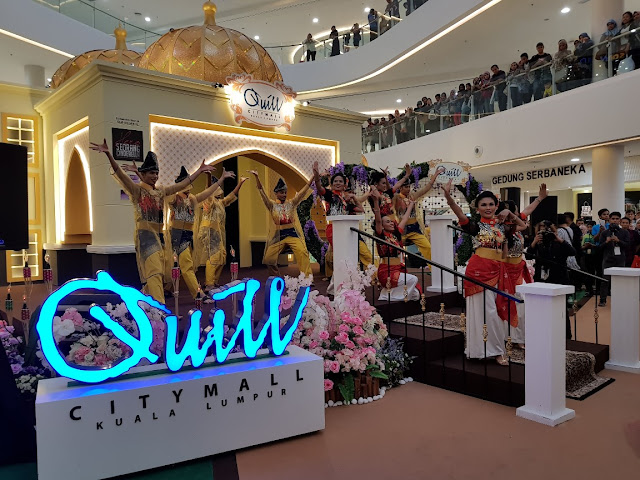 The event started off with some traditional dance which mesmerized some while others were more transfixed on Fattah Amin and Fazura's presence.... 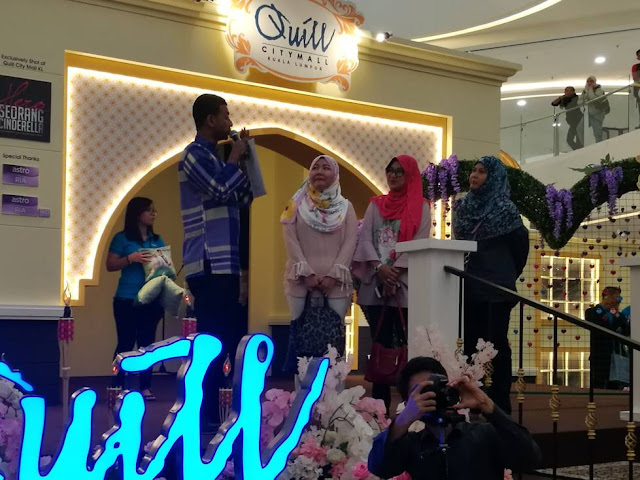 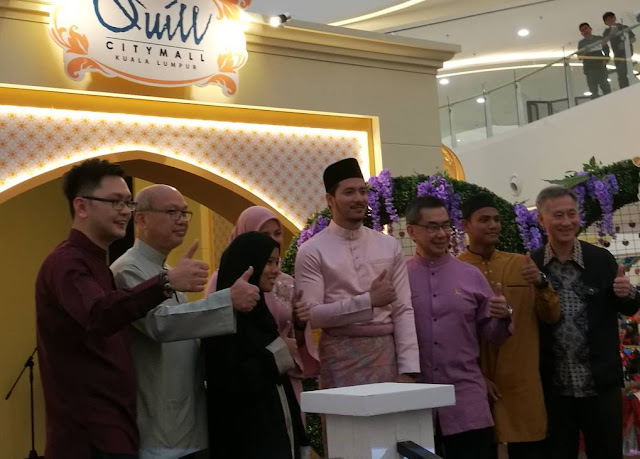 UThe children from these two homes were given a chance to spend their day at Quill City Mall KL  shopping for new stationaries and participating in various activities as well as games during the event. The orphanage children sealed their love with a customized love message written on Kasih & Cinta Quill Love Locks on the love fixture together with Dato Ar. Michael Ong, Fattah Amin and Nur Fazura during the CSR initiative.

“It’s our great pleasure to host this celebration of Raya Kasih & Cinta Corporate Social Responsibility initiative and spread the true meaning of Ramadan to the children from Rumah Shifa Setapak and Rumah Bakti NurShaheera. LOVE and GIVING is the true meaning of this celebration. This is especially for the children to have a memorable experience for Raya this year, to bring joy and love to the underprivileged in the spirit of Raya Kasih & Cinta.” said Dato’ Ar. Michael Ong, Group Executive Director of Quill Group of Companies. 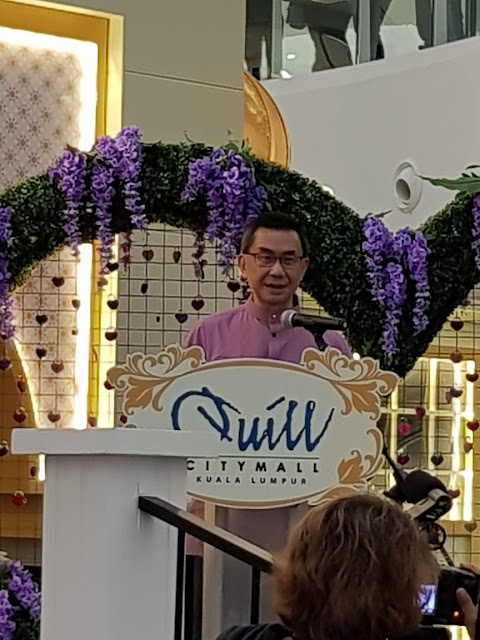 There was also a “Hero Seorang Cinderella” Book Signing Ceremony was held where Fattah Amin and Nur Fazura signed some of the novels for their lucky fans. 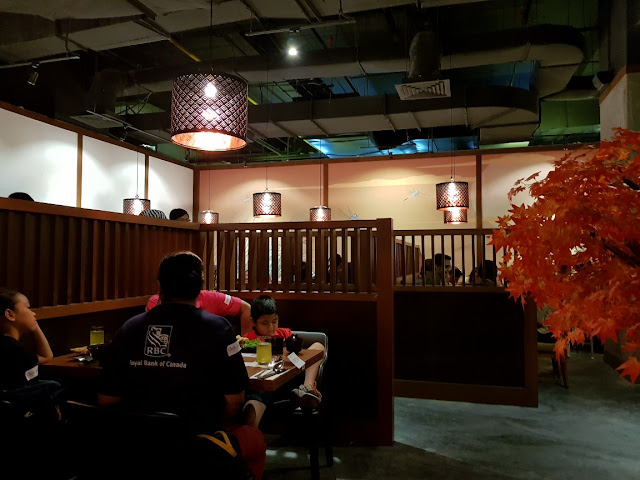 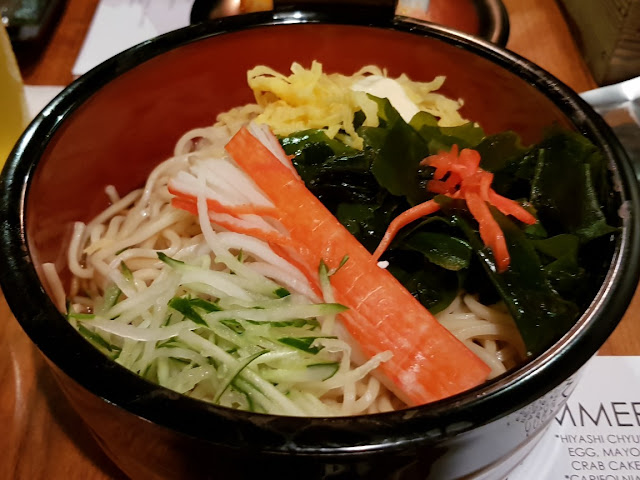 The restaurant provides a dining area which is sectioned off into four distinct seasonal themed seating areas featuring the four seasons in Japan: spring, summer, autumn and winter. If you are looking for a Japanese experiential dinner, you can try dining in the lovely and very spacious restaurant which is so much more bigger then it looks... 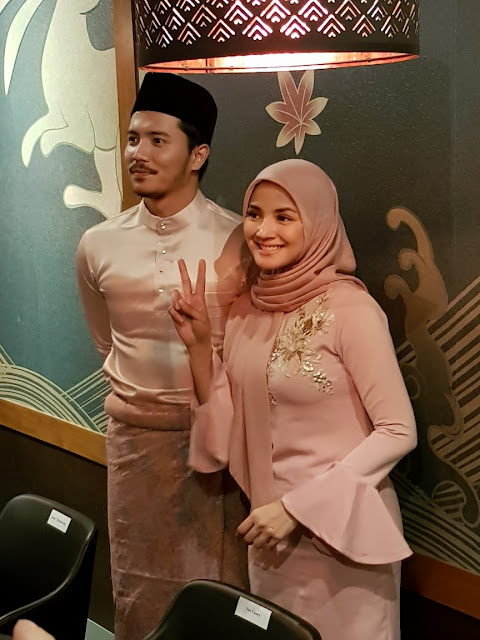 Looking to shop for your Raya essentials? Do not miss out on the array of collections from Fattah Amin, Prima Valet artists’ collection such as Amy Search and Shaheizy Sam, Elrah Exclusive, Altelia Amani, Nur Aishah, AEON, Gajah Duduk and many more which you can find there at the promotional area of Quill City Mall... Who knows you can even stand a chance to win one of the the weekly prizes lined-up for shoppers. 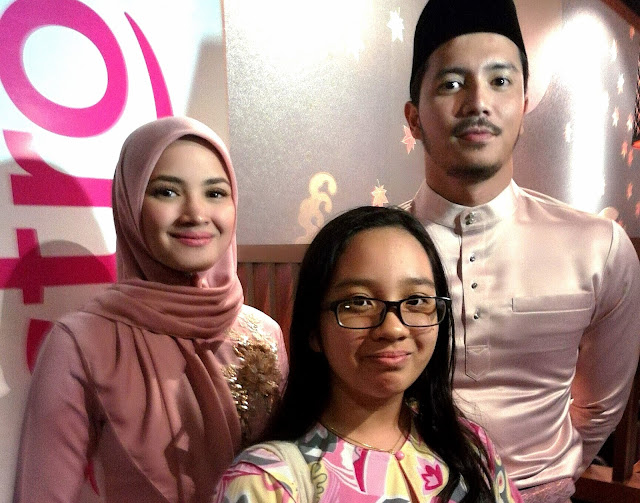 Shop, Dine & Win weekly prizes are as below:

Quill City Mall KL is definitely a perfect place to gather with family and friends as you enjoy festive Raya offerings from their valued tenants with various promotions ranging from food, fashion, entertainment and much more. Be surr to check out the Raya goodies offered from AEON, Gajah Duduk, Ethnic Sense and more. You can also avoid the rush hour traffic and come “Berbuka Puasa” at Quill City Mall KL.

Free parking is available after 5pm onwards on weekdays whereas RM3 flat rate on weekends.