The Biggest and the Funniest Ever in Asia

An old proverb goes, "What soap is to the body, laughter is to the soul."
Everyone knows that laughing makes you feel good and places you in high spirits, but how many of you know that laughter can cause physiological responses that protect the body from disease and help your vital organs repair themselves? 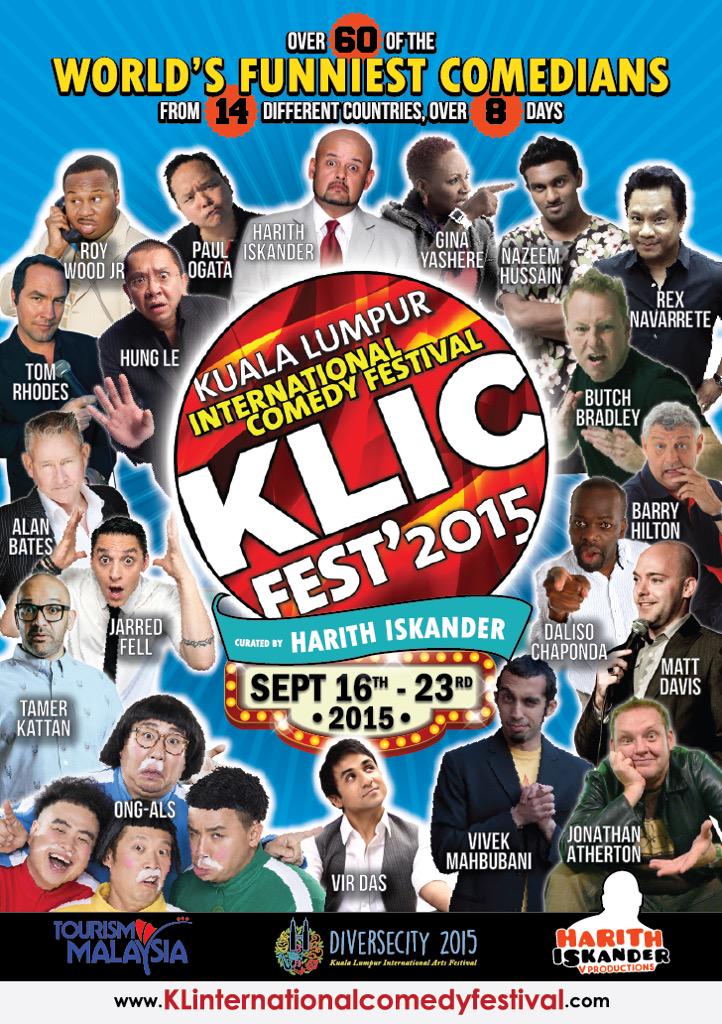 A good laugh is like a mild workout, as it exercises the muscles, gets the blood flowing, lessens your blood pressure and stress hormones, improves your sleeping patterns and boosts the immune system. It is also said that laughter boosts memory and mental performance.
Just 15 minutes of laughter every day, can greatly help the heart and blood vessels.


Laughter is good for your health (excerpted from www.helpguide.org)

The Benefits of Laughter

Laughter makes you feel good. And the good feeling that you get when you laugh remains with you even after the laughter subsides. Humor helps you keep a positive, optimistic outlook through difficult situations, disappointments, and loss.

More than just a respite from sadness and pain, laughter gives you the courage and strength to find new sources of meaning and hope. Even in the most difficult of times, a laugh–or even simply a smile–can go a long way toward making you feel better. And laughter really is contagious—just hearing laughter primes your brain and readies you to smile and join in the fun.

The link between laughter and mental health 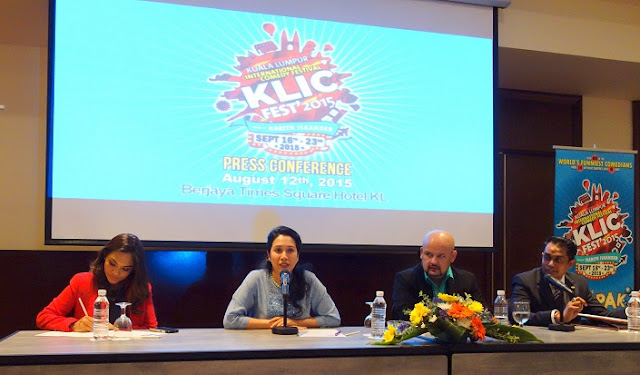 And with that being said, you really should not miss out on Asia’s biggest ever comedy event, The Kuala Lumpur International Comedy Festival (KLICFest), scheduled to rock Kuala Lumpur from 16th to  23rd of September 2015.

This epic comedy saga is the brainchild of our very own Harith Iskander, the ‘Godfather’ of Malaysian comedy – who is both founder and director of this festival.

It promises 20,000 fans more than 60 of the best comics in the world from14 different countries during 8 days of laughter at 5 comedy-friendly venues!!! What? How? Where?  Read on....

This awesome extravaganza is all about comedy from sketch, satire, musical and improv comedy to slightly less traditional acts like a comedy magician and even a hypnotist comedian!

All these acts will come together in the epic performance of the festival’s top comedians on the 20th of September 2015 known as Harith Iskander’s ‘To Know Malaysia is to LAUGH MALAYSIA’ Gala Night at The Manhattan Ballroom, Berjaya Hotel . It is gonna be so huge , all those might just be hospitalized for getting stomach stitches from all the laughing......

“This is a first, a huge first and we’ve worked hard to do it right. Everyone’s heard of the Edinburgh Comedy Festival, Melbourne International Comedy Festival and Montreal’s ‘Just For Laughs’, three of the biggest, most prestigious comedy festivals. Hopefully KLICFest will be a step towards getting Kuala Lumpur in that elite group of cities. Edinburgh, Melbourne, Montreal, KL.” – Harith Iskander 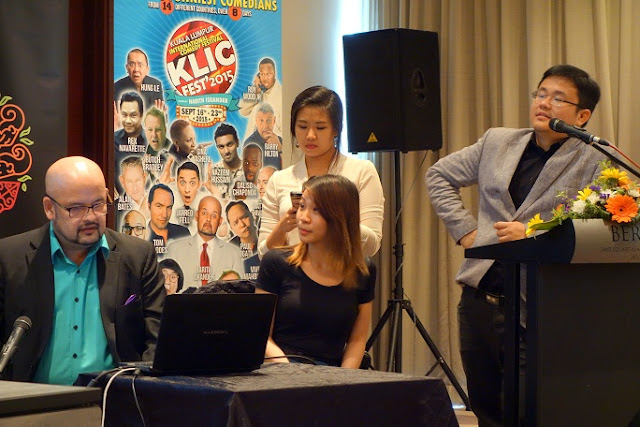 “Comedy fans of all ages will have the opportunity to escape from stress with their favourite comedians and enjoy a fun-filled social bonding experience with their loved ones over the week-long festival. Kids will enjoy laughing, parents will love seeing their children laugh, and hey, if your date is laughing, you can be sure it’s already a good date!” said Dr Jezamine Lim, fellow Festival Producer of The Kuala Lumpur International Comedy Festival and who is also Harith Iskander's lovely wife...

It is aimed at showcasing a diverse and multitude of talents and cultures from around the region making it one of the largest cultural events in Malaysia in line with Tourism Malaysia’s Year of Festivals 2015.

The Kuala Lumpur International Comedy Festival aims to create a bigger platform in the future as part of fulfilling the growing demand for comedy in Malaysia.

So what are you waiting for, tickets will be going on sale from the 19th August onwards, so grab your tickets now.. from www.ticketpro.com.my

You really do not want to miss this out... Go check out one of these shows at very least or go for as many as you can... it is good for you!!!

As for me... I am sooooo excited and cannot wait for it... I am definitely going for a couple of shows and more...

To get more information be sure to visit www.klinternationalcomedyfestival.com