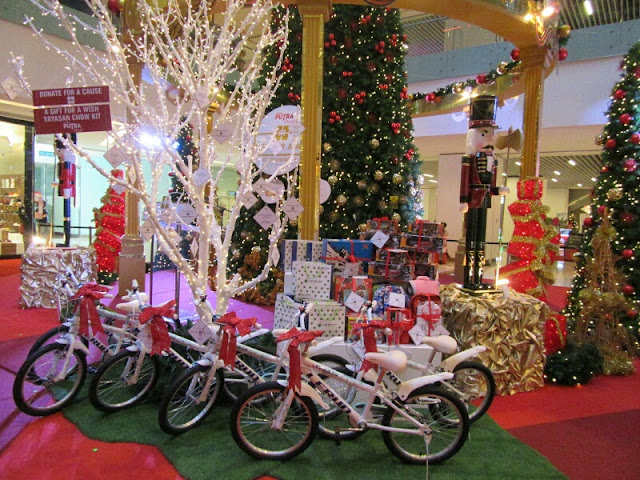 The huge tree in the Main Atrium of Sunway Putra Mall stood tall and majestic, glittering over all who passed it by...with pretty red and gold baubles decorating it..

Below the tree, dozens of gaily wrapped presents, remote control cars, lego sets and bicycles in bright red ribbon attracted passerbys attention, including the attention of yours truly....

Shortly later, the sounds of excitement and laughter of children could be heard as about 30 over underprivileged kids arrived at the Main Atrium. 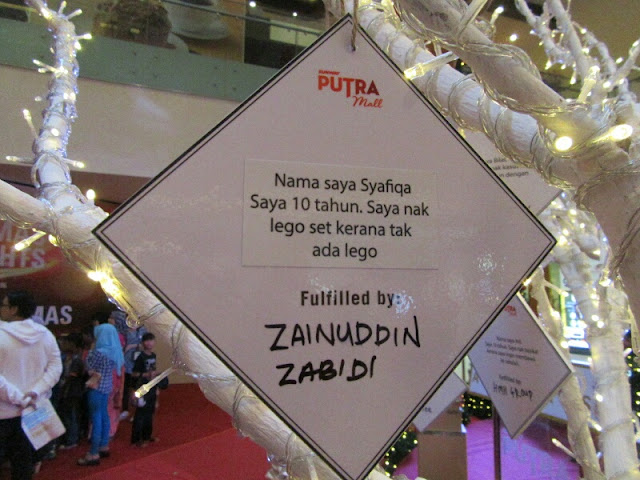 These kids were age between 7 to 12 years old, carefully selected by the Yayasan Chow Kit (YCK) for the Sunway Putra Mall's 'A Gift For A Wish - Yayasa Chow Kit' campaign. The selection was made based on their backgrounds and the campaign was all about trying to fulfill one of their fondest wish....

Afterall, what better time then Christmas.... and it was with this in mind, in conjunction with Christmas and the welcoming of the New Year that Sunway Putra Mall initiated this year-end CSR campaign in working together with the public to give back to community 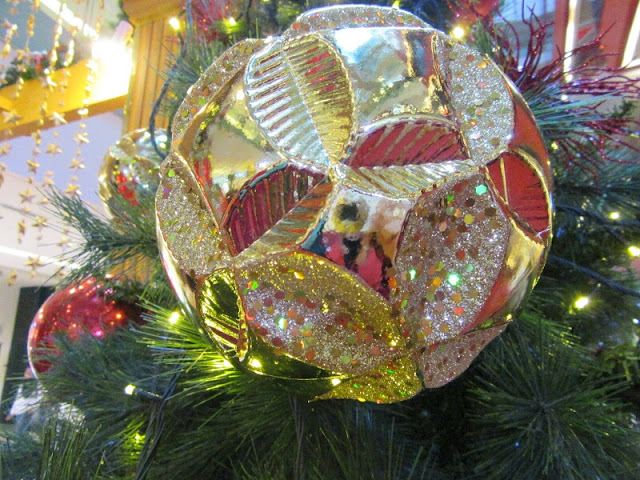 The kids gave their wishes which were then hung on trees to be chosen and granted by some kind hearted souls from the general public . Though many of these wishes were what you normally expect from young kids, such as remote control cars, Lego sets and bicycles, there was a majority of these kids who chose items that would ease the burden of their families, such as school supplies and uniforms.

The funds collection campaign happened for one month and Sunway Putra Mall managed to not only purchase the desired gifts but also essential every day items needed by YCK to take care of all the kids at their centre. 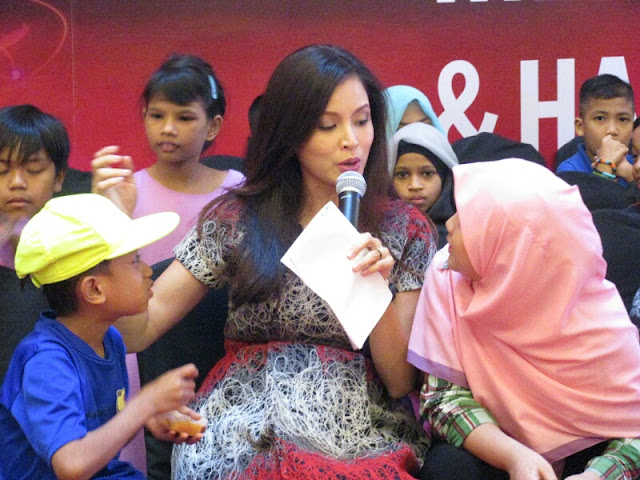 The kids were given goodie bags sponsored by Cold Storage, Kenny Rogers Roasters, The Chicken Rice Shop and Dubuyo.

And while waiting for other guests to arrive, Daphne Iking, the host and emcee for the day, took the time to mingle with the children and even got a couple of them to sing a song..... 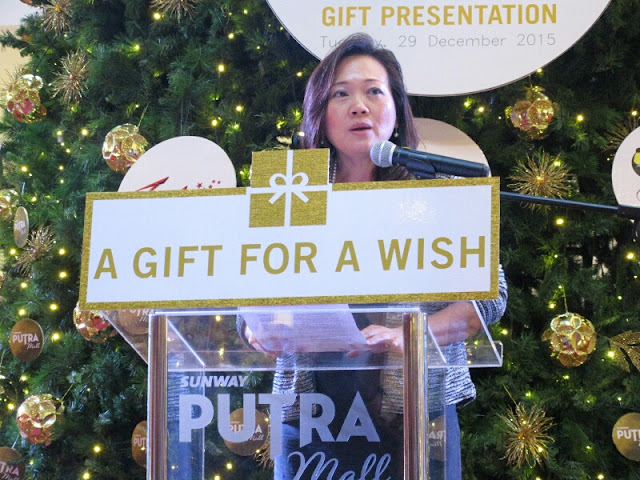 Ms Phang Sau Lian, General Manager of Sunway Putra Mall welcomed the group, and gave her speech, quoting, " We often wish for things for ourselves, but let's change that attitude to wish something to help someone else this year..."

She also said that it gave her great pleasure to see the smiles on the faces of these children when they receive their gifts and that was definitely a priceless moment!! 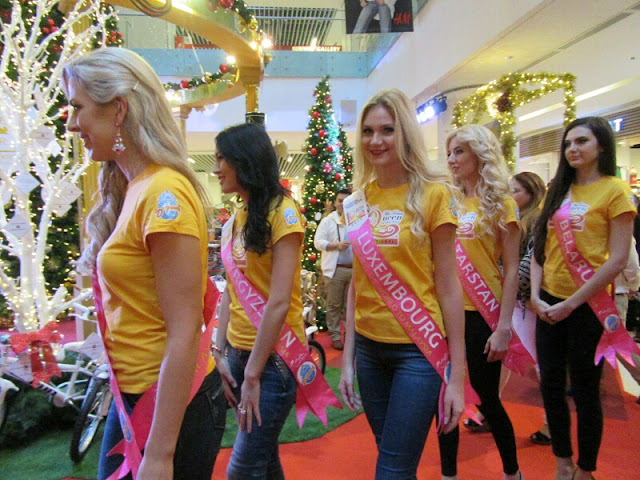 The gift presentation was made even more fun and memorable when 60 lovely beauty queens from the Miss Tourism Queen of the Year International were brought in by TGV cinemas to present the gifts to these 35 kids. 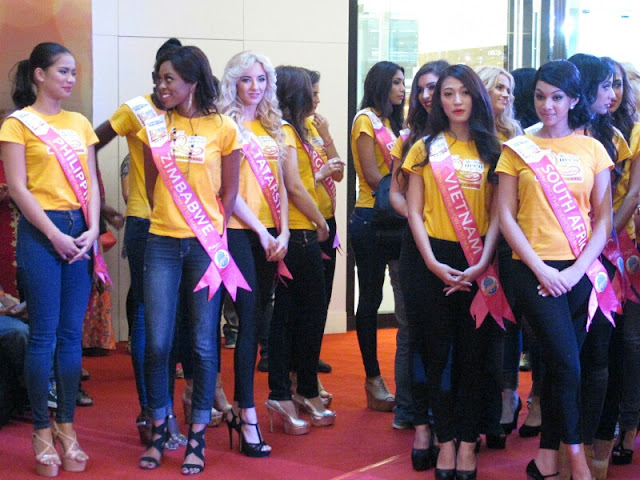 As part of their outreach program to spend time with the underprivileged community, Sunway Putra Mall was honoured to have the beauty queens from Miss Tourism Queen of the Year International as part of their CSR campaign. 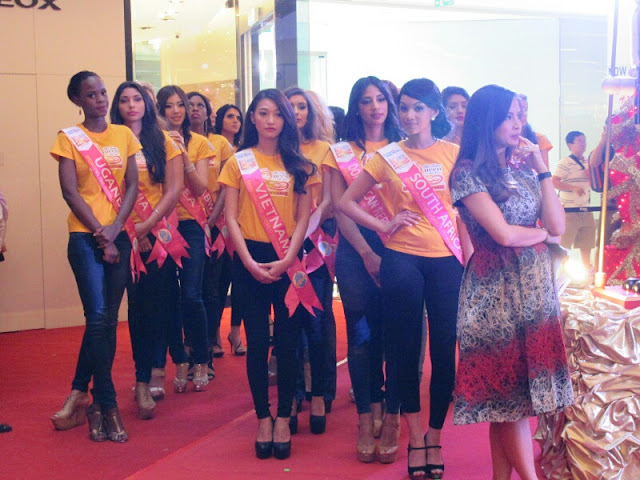 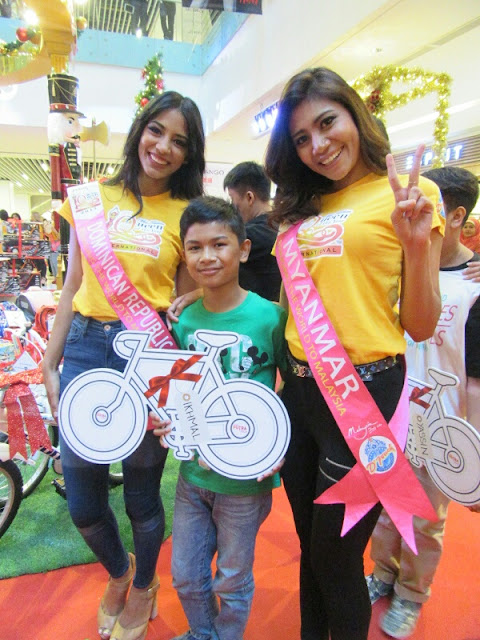 The beauty queens took great delight in getting to meet and present the gifts to the children. 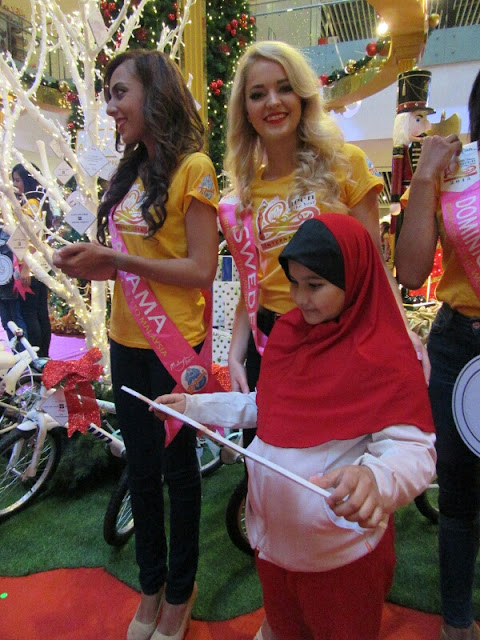 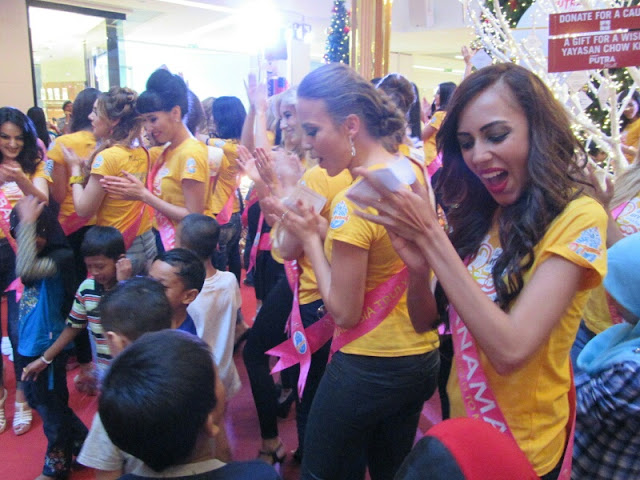 After the gift presentation, they even entertain the children with a performance, as well as dance the Macarena with the delighted children 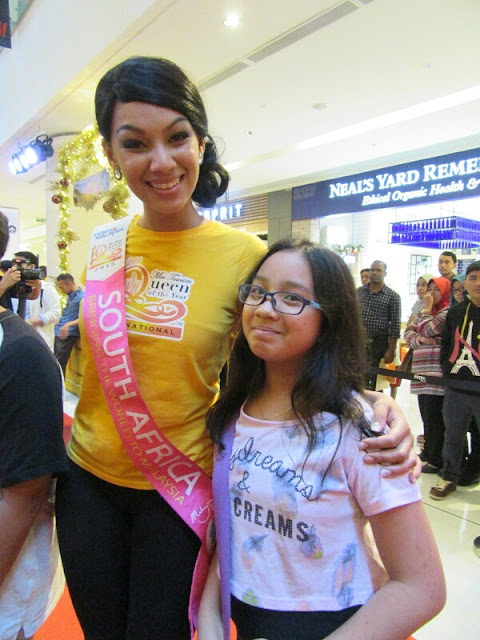 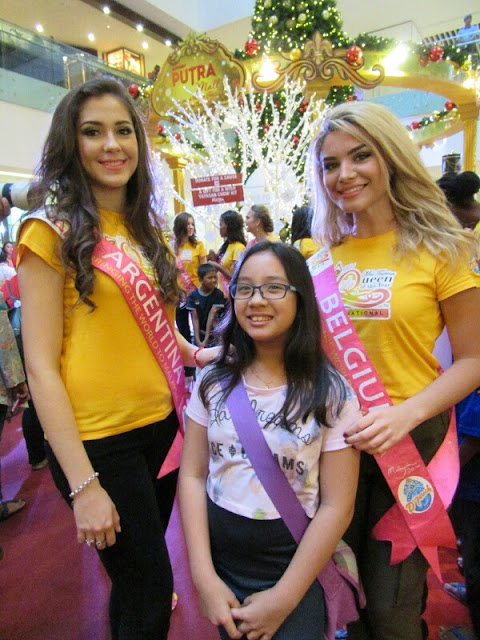 My little girl who was accompanying me took the opportunity to mingle and take some pictures with the lovely beauty queens as well.. 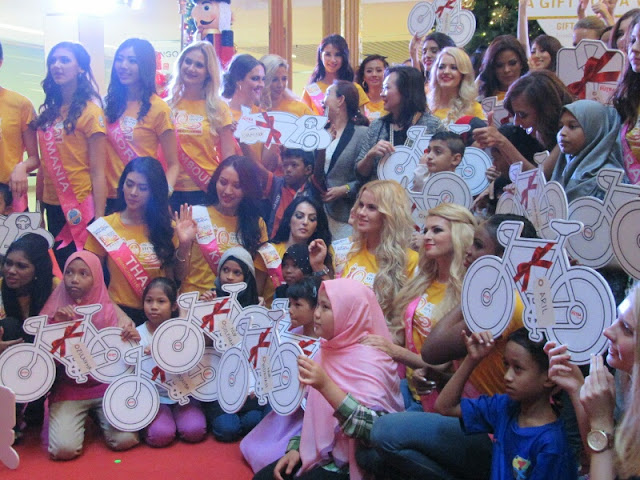 After the gift presentation ceremony, and photo opportunity for the members of the media, the kids, and beauty queens were then ushered to TGV cinemas to watch The Peanuts Movie... 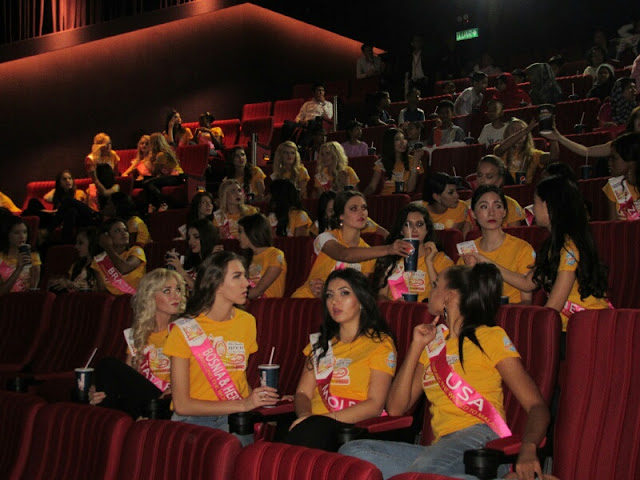 Everyone got comfortable in their seats, and passed around popcorn and iced lemon tea before settling down to watch the cute Snoopy and Charlie Brown get up to their antics...

When the movie was over, the kids were then brought to Al Amar Lebanese Restaurant where they were a little overwhelmed, since most of them never had a chance to try Lebanese cuisine before...but it was obvious that they enjoyed their dinner very much....