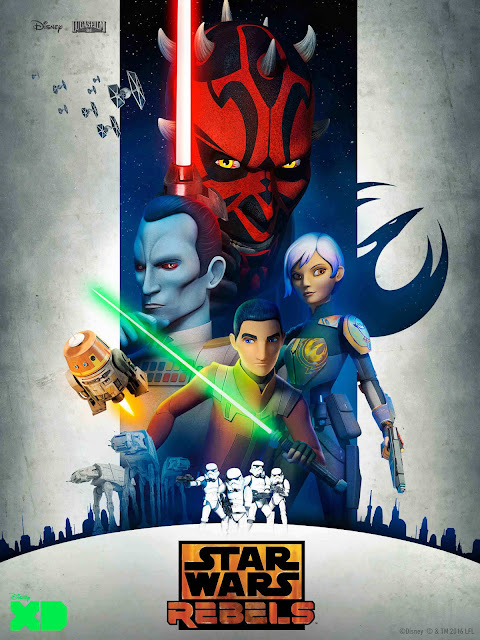 I do not know about you, but personally,I have been a huge

Star Wars fan... and so I do find the Star Wars Rebels over

on Disney XD thrilling too... blame it on the little kid inside

Anyway, for fans, both old and young or very young, here is a

quick catch-up before you watch the new season premiere on

timeline to keep you on track!

Star Wars Rebels is the animated series by Lucasfilm

Animation on Disney XD that covers the events that take

of the Sith and five years before Star Wars: Episode IV - A

At this time, the Galactic Empire is securing its control on

the galaxy, while the last of the Jedi Knights are being

tracked down by Darth Vader’s Imperial army. However,

hope remains as the fledgling Rebel force takes form against

So buckle up, and get ready for the BRAND NEW Season of

saga as shown in the movies and on Disney XD!

A LONG TIME AGO IN A GALAXY FAR, FAR AWAY… 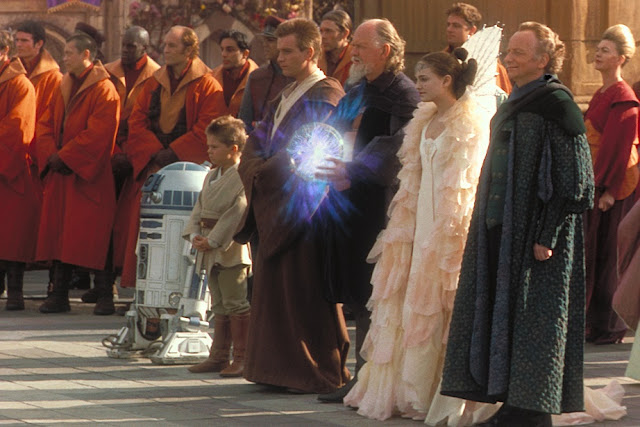 A trade dispute, sparked by an illegal blockade to the planet Naboo by the Trade Federation, is revealed to be a plot by Darth Sidious. With Queen Amidala of Naboo held hostage, Jedi Master Qui-Gon Jinn and his Padawan Obi-Wan Kenobi attempt a daring rescue. Along the way, they encounter a young slave named Anakin Skywalker who later begins Jedi training. 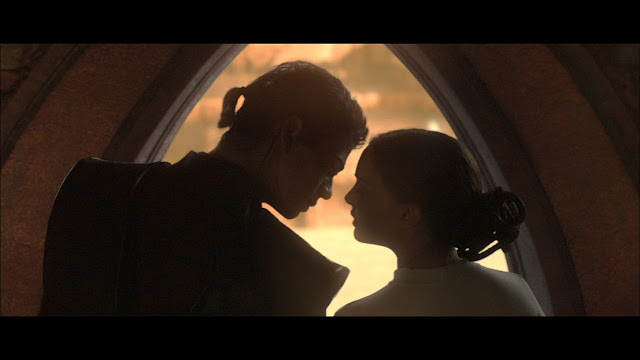 Ten years on, Obi-Wan is a general; with Anakin at his side, they help to defend the Galactic Republic from attacks led by former Jedi Master Count Dooku. Anakin is assigned to protect the influential senator Padmé Amidala; their romance leads to a secret wedding. Meanwhile, Dooku delivers the Death Star blueprints to his Sith master, Darth Sidious, marking the beginning of the Clone wars. 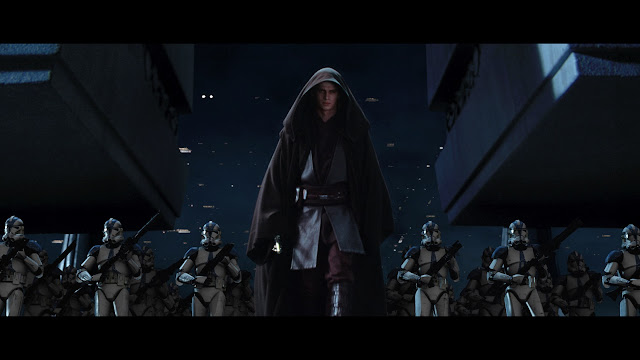 Chancellor Palpatine’s power and influence grows as the

Clone Wars progresses, as well as suspicion among the Jedi

Council regarding the Chancellor’s allegiance. Anakin is

to grant him the rank of Jedi Master leads to resentment.

Anakin soon embraces the Dark Side, fuelled by bitterness

and manipulated by the fear of losing his wife Padmé, who,

unknown to him, gives birth to twins. A confrontation

between Anakin and Obi-Wan leads to serious injuries;

Darth Sidious saves his life, marking the ‘birth’ of the Sith 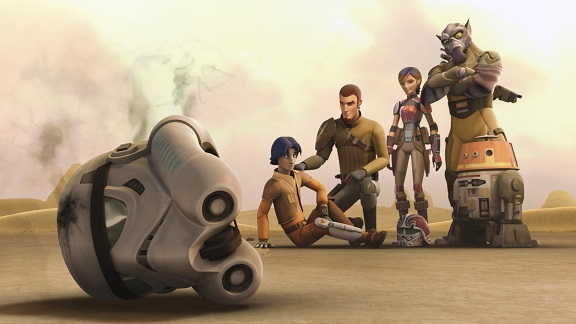 captain of a ship called Ghost, Hera Syndulla, and her motley

Kanan Jarrus who is an undercover Jedi. Together they

learning about the growing rebellion and their role in

resisting the Imperial army while Ezra is trained in the ways

of The Force by Kanan. 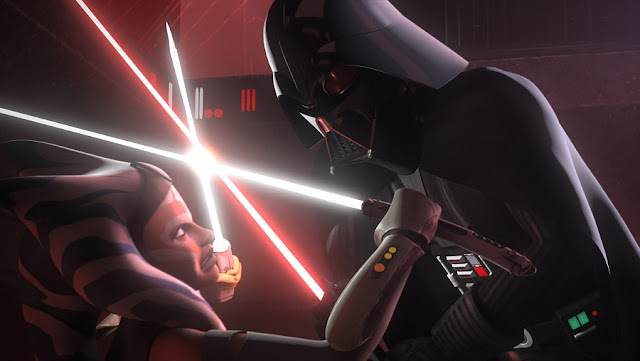 The Rebels are adjusting to their new missions within a

larger Rebellion taking place on planets like Garel and Lasat.

They receive a call for help from Minister Maketh Tua, who

convinces the Rebels to help her defect from the Galactic

Empire in exchange for vital Imperial secrets. They return to

Lothal only to find it under Imperial siege and soon have

their first encounter with the Dark Lord of the Sith, Darth 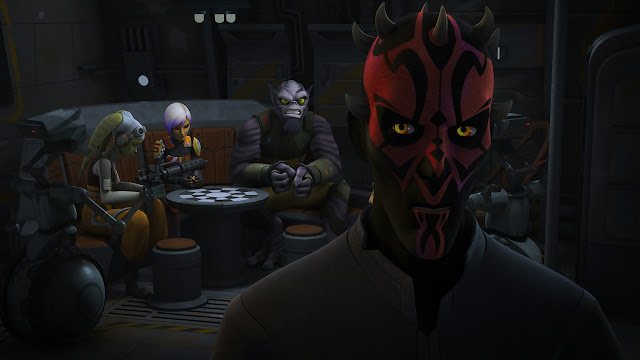 Having established a secret base on planet Atollon, the

the rebel fleet by acquiring new resources and recruits

eager to stand against the Empire. However, Imperial

efforts to eliminate the rebellion are now being led by the

tactical and cultural insights make him a threat unlike any

they have ever faced before. Ezra and Sabine have to take

on new roles and challenges as the rebels prepare for their

biggest mission yet – a direct assault on the Empire.


If you’re still unclear how things stand, here are 5

things you need to know before watching:

1. Lothal – where it all began

They met and began their mission against the Galactic

Empire on a planet called Lothal, traveling on a ship known

as the Ghost, as shown on Season 1.

While the Rebels gear up for their biggest battle against the

Empire in Season 3, the battle within Ezra rages on as he’s

torn between the light and dark side of the Force. The last

episode of Season 2 showed him opening the Sith holocron

that powered the Sith temple – something that can only be

Darth Maul is back since he was last seen in Star Wars:

Episode 1 - The Phantom Menace, with an appearance in

Star Wars: The Clone Wars TV series. This time, his

personal agenda to gain power continues in the third season

of Star Wars Rebels, as he’s made it clear he’s neither with

the Rebels nor with the Empire.

After being blinded by Darth Maul’s lightsaber in the season

finale of Season 2, Kanan Jarrus now sports a beard and

wears a black mask. The experience has changed his

In Season 3, the Imperial army is now led by the cold and

and cultural insights make him a threat unlike any the

Rebels have ever faced before. Meanwhile, Kanan Jarrus

will meet a Force-sensitive ancient being on planet Atollon

called Bendu, who claims to represent the center of the 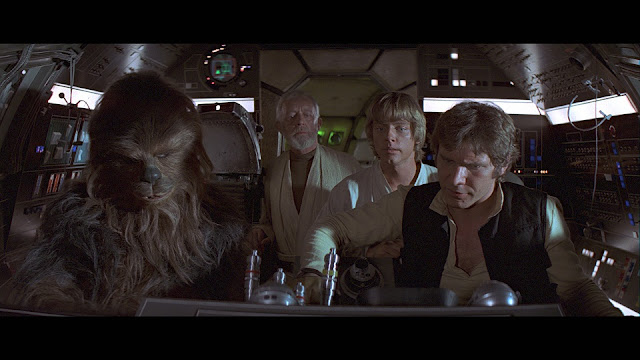 Thirty-two years after Episode III - The Revenge of The Sith,

blueprints in the astromech droid R2-D2 before being

Skywalker discovers the droid on Tatooine and embarks on a

mission with Obi-Wan Kenobi to deliver the plans to the

Rebels, hiring smuggler Han Solo and his ship the

Millennium Falcon. The Rebels then identify a weakness in

the Death Star, planning a successful assault and destroying 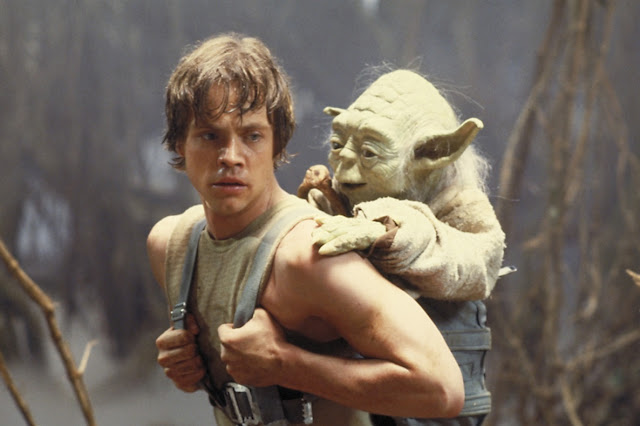 STAR WARS: EPISODE V - The Empire Strikes Back
Three years after the Death Star is destroyed, Darth Vader pursues Luke Skywalker and the Rebel Alliance base on the ice planet Hoth. Luke studies the Force under Jedi Master Yoda but leaves to rescue Han Solo and Leia when they are captured by Vader. Luke then faces Vader, loses his hand and discovers that Vader is his father. Meanwhile, Han has been frozen in carbonite and surrendered to the bounty hunter Boba Fett, to be delivered to Jabba the Hutt. 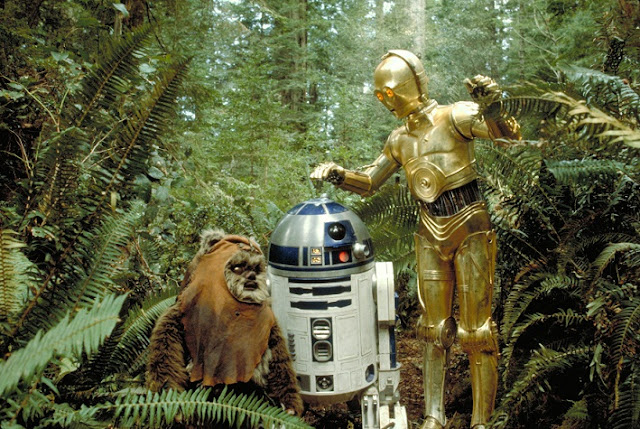 Luke and Leia, assisted by local Chewbacca and Lando

Calrissian, rescue Han Solo from Jabba the Hutt while the

Galactic Empire constructs a second Death Star in order to

crush the Rebel Alliance once and for all. The Rebel Fleet

launches a full-scale attack on the Death Star while Luke

struggles to bring his father, Darth Vader, back from the Dark

Side of the Force. In the fight, Vader chooses to save his son,

killing the Emperor and dying from his wounds, bringing an

end to the Empire's hold over the galaxy. 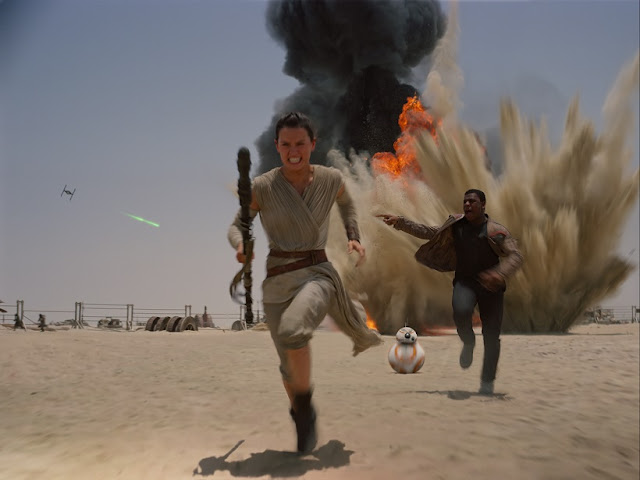 Thirty years after the destruction of the second Death Star, the First Order rises from the fallen Galactic Empire with an even greater weapon – the Starkiller. Opposing them is the Resistance, led by General Leia who also searches for her brother Luke. Meanwhile a scavenger named Rey – who shows an ability to use the Force - encounters BB-8, a droid which holds a vital clue to Luke’s location, and is taken captive. Former Stormtrooper Finn, Han Solo and Chewbacca attempt a rescue, with Han confronting his son, Kylo Ren, leader of the First Order. Han is killed and the Starkiller Base is destroyed; soon after, Rey follows the map hidden on BB-8 and R2-D2 to Luke’s location on planet Ahch-To.

Now that you can remember and know about it

all...be sure to catch the premiere of STAR WARS

REBELS Season 3 this Saturday, 15 October, 8am on