Win a trip to Bangkok with Power Root energy drink

Hello my dear readers.... and thank for dropping by again, I was at the ONE Championship in Malaysia not too long ago, and if you have been following me, you would have remembered... and it was adrenaline charged, nail biting excitement... 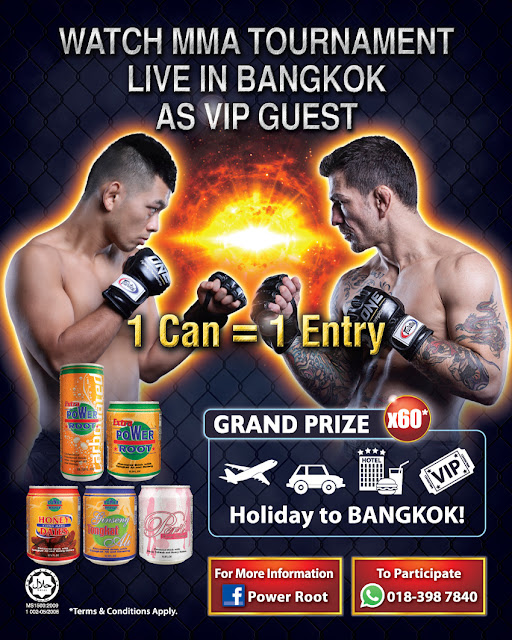 The “Boost of a Lifetime” VIP Trip to Bangkok Contest
The nationwide contest is happening now and will be concluded on the 13th November 2016. So hurry ya!!!

A purchase of only one can per entry is required.

This will be the 2nd year the brand has been involved in the sports of Mixed Martial Arts and will continuously be on the lookout for talents and sports to support in the coming years.