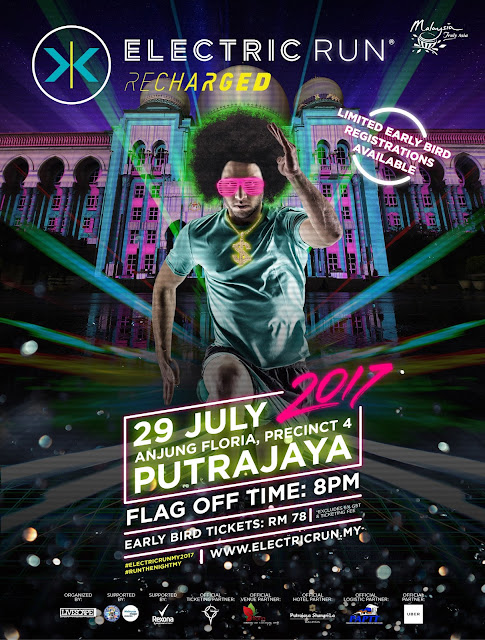 Event organizers, The Livescape Group expressed their apologies for the inconvenience caused and have made refund request available through refunds@galactix.asia from today till 31 March 2017. Registrations are still valid for those not wanting to opt for a refund.

Electric Run is one of the world’s most popular nocturnal fun run and is set to light up Malaysia again this year in what will be its biggest, brightest, neon coloured night run in the country yet.

Organized by The Livescape Group, and co-presented by Rexona, Electric Run Malaysia 2017 is also supported by Malaysia Major Events (MME).  The 5km night time fun run this year is set to attract over 18,000 runners of all ages.

The official aftermovie of last year’s run can be viewed here: https://www.youtube.com/watch?v=Oc77hWlxUZc

Electric Run is an internationally well-known brand and this is the third time it is organized in Kuala Lumpur.

Last year saw a massive turnout of close to 14,000 participants which also saw the Electric Run bagging the Malaysia Book of Record’s “Largest Participation in a Neon Run” title.

The run this year features a couple of added changes with the most prominent being the Recharged concept.

This year, participants at the Electric Run Malaysia 2017 will each be receiving a limited edition Electroband in addition to the official race tee, finisher’s medal and race bib.

The bracelet illuminates various neon lighted themes across multiple zones throughout the race course to provide runners with a more immersive experience. The race course is set to transport runners through a light and sound journey through time, with each zone representing a unique colour theme and music era.

After crossing the finish line, runners will end their run at a celebration stage where a post-race concert featuring internationally renowned artistes will be held. The line-up of artistes will be announced by mid-March.

The third Electric Run Malaysia also sees the race moving to Putrajaya. The flag off and finish line takes place at Anjung Floria Putrajaya with runners then being taken on a scenic route of Putrajaya where on July 29, will be transformed to a city of neon-themed lights. With approximately 18,000 runners expected to take part this year, organisers, The Livescape Group has decided to move the run this year to a space that can cater to larger numbers.
A more convenient run

For the first time ever, Electric Run Malaysia 2017 will also be providing a race pack delivery service in collaboration with SkyNet to registered participants. The optional service can be added on upon registration with minimal fees. This service also caters to participants travelling to Electric Run Malaysia 2017 from Singapore, Indonesia and Thailand.

Last year’s run saw close to 14,000 participants as they came decked in their most eclectic and vibrant outfits to pay homage to the theme.

Runners made their way through the various Course Lands before making their way to the finish line celebration where they partied with some of the biggest names in Malaysia including acts like Enterprise, Paperplane Pursuit, Kyoto Protocol, Jin Hackman and Dae Kim, and Nesh and TRuF.

With the run culminating in an exhilarating finish, a spectacular fireworks show ended the night on a high note.

For this year’s edition, organisers are promising an international artist to headline the post-run celebration stage. 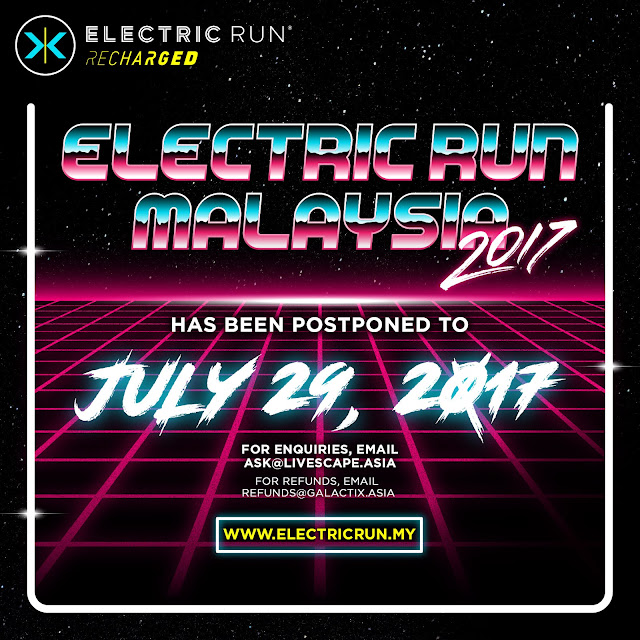 Each registration is priced at RM78 (limited Early Bird), RM88 (Group of 4), and RM98 (Individual, Regular). Children under the age of five do not have to register but does not receive a race pack.

All prices listed excludes RM4 ticket processing fee and 6% GST. Registrations can be done via www.electricrun.my.

For more information or to obtain updates on the Great Eastern Electric Run Malaysia 2017 in Putrajaya, logon to https://www.facebook.com/electricrunmalaysia or follow us on Twitter at @electricrunmy and Instragram at @electricrunmy.