Synopsis:
WALKING WITH DINOSAURS is the most ambitious film to feature photo-real dinosaurs set in real live action landscapes, immersing audiences in an amazing prehistoric age.

The emotional story at the heart of this film is of epic proportions and one that we can all relate to: a story of families born and families torn apart, of growing up, of rivalry and competition – and the relentless struggle to survive.

The story is set 70 million years ago in Alaska, high in the Arctic. Each year, the long dark winters – three months of perpetual darkness and violent snow storms – drive the dinosaurs southwards in their thousands on a great annual migration.

Amongst the spectacle, we travel with Patchi, a strange but endearing Pachyrhinosaurus with a large frill and horns.

From the moment he is born as the smallest hatchling, Patchi must survive competitive brothers and sisters, a wild and unpredictable world and fierce predators like the wily Troodon and monstrous Gorgosaurus.

Witness to the devastating death of his father at the teeth of a Gorgosaurus, Patchi teams up with his brother Scowler and female friend Juniper. They muddle along with the great migration in a series of hair-raising but humorous adventures until finally they reach the wintering grounds and are reunited with their families.

But Patchi is separated from his sweetheart Juniper, who he does not meet again till adulthood. By now she has paired up with Patchi’s older brother Scowler, who becomes his greatest rival.

Patchi, even as an adult, remains the smallest; the underdog, alone on the fringes of the herd.  But on the migration back to the nesting grounds he proves himself through courage and a collaborative nature and the females begin to follow him, which only intensifies the rivalry with his bigger brother.

In a climactic finale, he rescues his reckless rival from a Gorgosaurus pack and wins recognition as the most deserving leader of the herd and admiration from Juniper.

He was never the largest or toughest dinosaur but he’s shown that survival of the fittest can mean far more than just being the biggest or strongest. 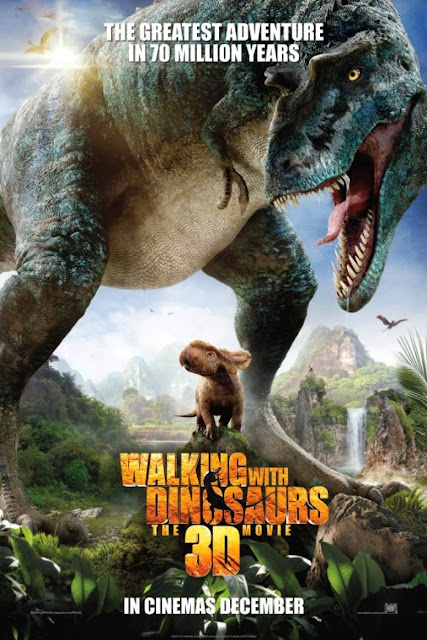