SEREMBAN: Three Lamborghini cars were burnt in an accident earlier this morning at Kilometre 259 north bound on the North-South Highway near here.

It is learnt that all three cars belonged to Singaporean nationals who were in a convoy of five cars heading to Kuala Lumpur.

One of the cars was believed to have gone out of control and hit the divider in the middle of the highway, causing two more cars to crash into the first during the accident at around 9.57am this morning.The crash caused all three cars to burst into flames

A source from the Fire and Safety Department said that no one was hurt as all drivers and passengers managed to escape from the cars. 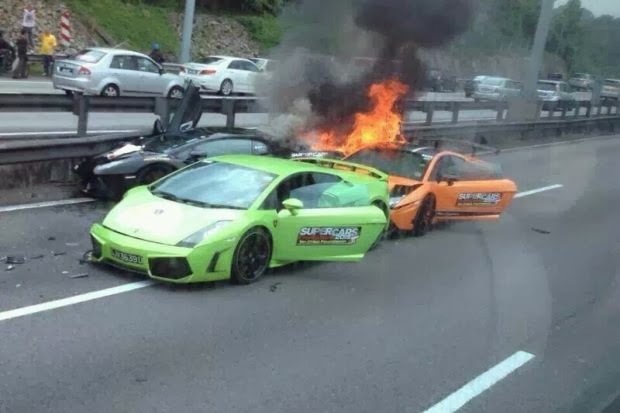