Sunway Lagoon recently played host to 100 children aged from 5 to 10 years old from ‘Fugee School’ and ‘Refuge for the Refugees’ in conjunction to celebrating International Children’s Day as part of their CSR Programme  . 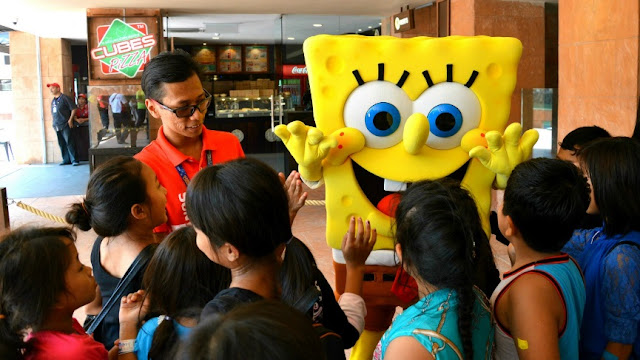 This event, under Community Aid is a conscientious effort towards social equality by constantly supporting and working alongside charitable bodies throughout the nation – particularly those that seek to make a difference in the lives of the underprivileged.

Upon welcoming the arrival of the children, Senior General Manager of Sunway Lagoon, Mr. Calvin Ho stated, “We are truly honoured to have hosted these children by bringing joy and laughter to their day. What they have gone through opens up our eyes to the things around us and how we should be grateful and find more opportunities to give back.”

The kids day of fun began with a private train ride to Sunway Lagoon’s latest park addition, Asia’s 1st Nickelodeon Lost Lagoon; the younger kids spent their day having a splash-tastic time at ‘Spongebob Splash Adventure’ and ‘Splish Splash’ whilst the older ones opted for a more thrilling experience plunging down water rides such as ‘Primeval’ and ‘Jungle Fury’.

With special appearances by the famed Nickelodeon characters, ‘Spongebob Squarepants’, ‘Patrick Star’, ‘Dora the Explorer’, and ‘Boots’, the children along with the Co-Founder of Fugee School/Miss Universe Malaysia 2011 Deborah Henry as well as the Co-Founder/Director of Refuge for the Refugees Heidi Quah were thrilled to meet and greet their favourite cartoon characters.

With the day climaxing to the highly anticipated ‘Great Slime Deluge’, the children were drenched in green slime, the finale to ‘THE BEST DAY EVER’ at Sunway Lagoon.

When the event came to an end, Sunway Lagoon’s team handed the children some gifts to bring home before waving their last goodbye as they were ushered away on the trains.

Sunway Lagoon is open from 10.00am to 6.00pm every Monday to Sunday. Enjoy the many attractions on offer at RM150 for those aged 12years and above, and RM120 for those below the age of 12.

More information can also be obtained at Sunway Lagoon’s Facebook Page:
www.facebook.com/SunwayLagoonMalaysia or by calling the park at +603 5639 0000