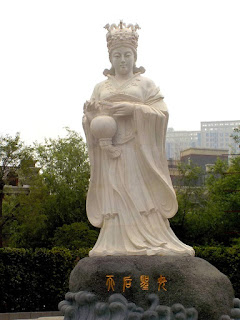 Being a cultural street with over 600 years history, the Ancient Culture Street in Tianjin is a place to visit if you are there in Tianjin.... It is pretty well known by the local and overseas tourists. 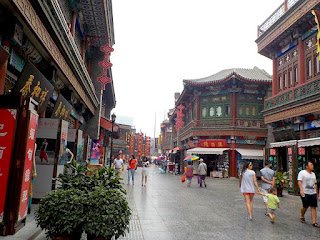 It is located in the Nankai District of the Tianjin Municipality on the west bank of the Haihe River. The Ancient Cultural Street starts at Gongbei Avenue in the north, and ends at Gongnan Avenue in the south, being about 0.36 miles long and 16 feet wide. 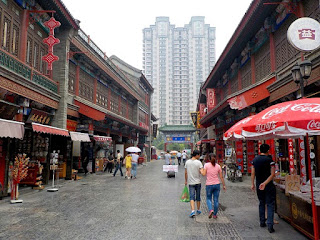 Being here is like stepping back into the future but for the fact that people are clad in modern day clothing.... 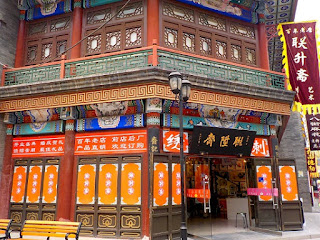 Ancient Culture Street is lined with small booths or shops which are modeled after the small folk shops from the Qing Dynasty. There are about 100 shops in the street.  All of them are built in Qing Dynasty architectural styled and decorated with colorful pictures on doors and windows. These pictures are mainly themed in history, mythology, figures, birds and flowers. They are openwork, relief sculptures or circular engravings.

Standing at the center of the lovely Ancient Cultural Street is the Tianhou Palace which  is one of only three Mazu Temples in the world (the other two are Fujian Mazu Temple and Beigang Chaotian Temple on Taiwan Island).

The Tianhou Palace in Tianjin was first constructed in 1326 during the Yuan Dynasty (1271-1368). Naturally, over the centuries, it has been repaired many times. The Tianhou Palace faces the east with the Haihe River running in front of it.

The principal building of the palace is the Main Hall constructed on a high and large pedestal, which is of the typical wooden structure style of the mid and late Ming Dynasty (1368-1644).

Niren Zhang folk art was initiated by Zhang Mingshan during Qing Dynasty and has four generations, nearly 180 years history. Zhang's Clay Figurines has realistic features and are pretty much made finely detailed.

Zhang's Clay Figurines are made of from ripe clay which contains very little sand through the process of weathering, filtering, evaporating and adding cotton to rub up. It contains viscosity. Other materials used include wood, vine, lead, paper, flowers and so on. 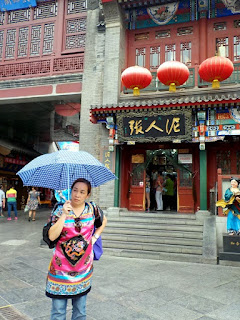 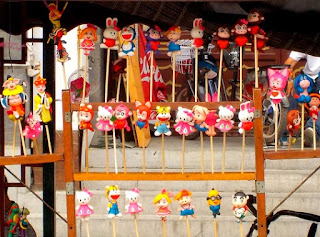 You can also find adorable little dough sculptures on sticks for sale... they are so adorable I wish I could bring them all back... 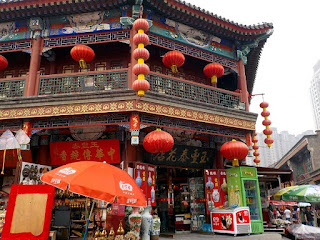 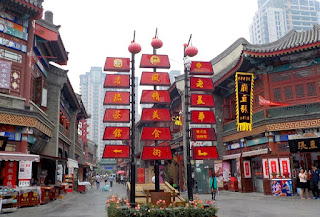 How to get there? Take the Tianjin subway line 2, and get off at Southeast Corner Station (Dongnanjiao). Walk there....

My daughter and I enjoyed it there while in Tianjin and after that we had a little bit of an adventure walking all the way to the Italian Style Street.. which will be my next blog topic when it comes to my travel stories... so stay tuned.... thanks for reading and please, drop a comment or two.. what do you think of this post.....or place... thanks... 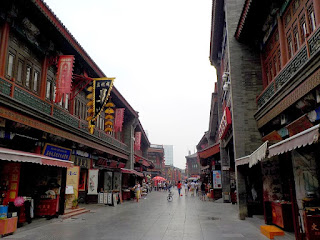