Riang Raya for 18 kids at eCurve

Festive Raya excitement is in the air at eCurve. And with the presence of the holy Bulan Puasa, which emphasises values such as generosity and giving back, the mall invited some underprivileged children and young teenagers from Rumah Titian Kasih, Kuala Lumpur out for a few hours of great time....

With eCurve’s Raya campaign ongoing up to the 19th July 2015, the mall lived up to its Riang Raya theme, treating the kids to an unforgettable fun filled session from beginning to end.

18 lucky kids along with their caretakers taken for a special viewing of the newly-released Minions movie at Cathay Cineplex . Laughter filled the theatre hall as the orphans were entertained by the antics of the hugely popular Minions characters. 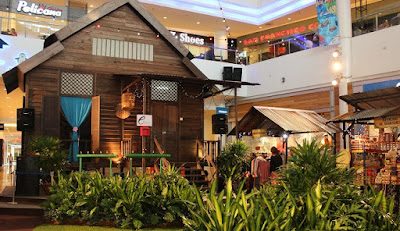 The kids were then taken to eCurve’s Centre Atrium where a charming kampung scene, with its modest Malacca-style kampung house and wooden pangkin, not to mention the Raya decorations surrounding the area, immediately captivated the young guests with its traditional and serene ambience and where they were treated to a live performance titled ‘Riang Raya Musical’. Exuberant performers dressed in colourful, stylish costumes put on a thrilling show for the kids as they danced and sang about the joys of celebrating the Raya holiday.

Azizul Hisham Ahmad, Centre Manager of eCurve, said, “Our annual Buka Puasa event is one that we consider truly important, as we hope it helps make a positive impact on the lives of the less fortunate. This year, with our Riang Raya theme focusing on the younger generation as they celebrate the festive season, it only made sense to treat these children and young teenagers to a celebration of their own. We hope it is an unforgettable and wonderful day out for them.” 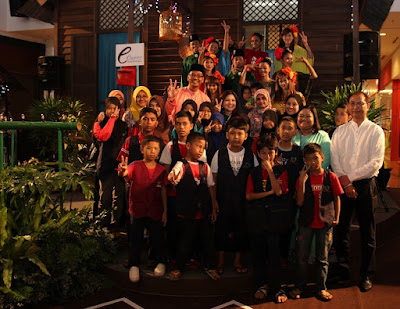 The kids were given their Duit Raya and goodie bags courtesy of eCurve, before enjoying a delightful Buka Puasa spread co-sponsored by Pelicana Chicken.

Visitors to eCurve during this Raya campaign will be spoilt for choice with a wide selection of Raya merchandise offered by participating vendors at the Centre Atrium, including clothing, accessories and goodies. 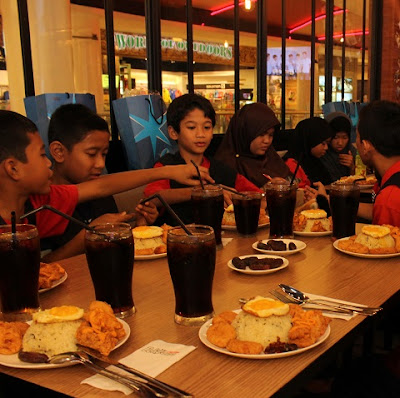 Throughout the Raya campaign, shoppers who spend a minimum of RM200 and above in a maximum of two receipts on the same day will receive an exclusive Teh Time Floral Tea Set and limited edition Sampul Raya packets, courtesy of eCurve. All redemptions are subject to terms and conditions and valid while stocks last.