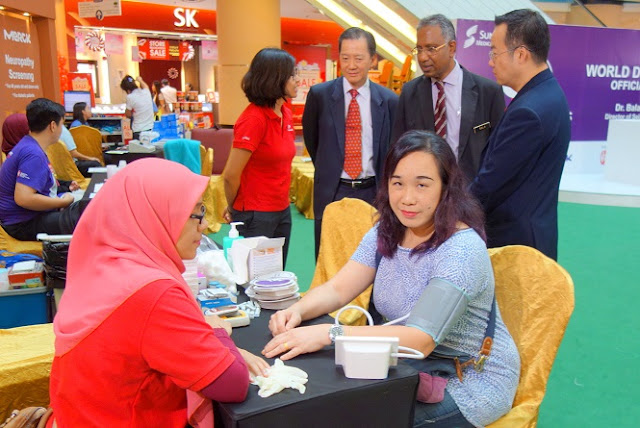 So yours truly was over at the Sunway Pyramid early Saturday morning to attend the Sunway Medical Centre's World Diabetes Day event. Diabetes has always been something I worry a lot about as my husband has been a diabetic for 20 years now....and both of us always fear the complications that might arise from it.

But at the same time, he tends to be stubborn and self indulgent and gives in to his craving for all the things he should now, such as rice, fizzy drinks and cigarettes and do not exercise that much... and this stresses me out no end though we do try our best to counter it with medicine.

And it was also because of Diabetes that my husband suffered from two mild stroke attacks (thankfully they were mild!!)...

This year’s celebration is part of the Let’s Take 5 umbrella campaign launched in 2012, which focuses on one of five organs or body parts affected by diabetes complications - brain, eyes, heart, kidneys, and foot, in conjunction with World Diabetes Day each year.

This year, the campaign themed Eliminate Diabetes focused on diabetes-related kidney failure and sees the National Kidney Foundation of Malaysia (NKF) coming on as a partner.

SunMed is spreading awareness on the prevention and management of diabetes and its complications, including sharing information on the warning signs of diabetes, encouraging early diagnosis, and promoting healthy lifestyles to reduce the risks of type II diabetes.

“Sunway Medical Centre believes in contributing to public health by raising awareness on diseases affecting the people, and our World Diabetes Day celebrations and campaigns since 2012 are some of our initiatives. There are still many undiagnosed diabetics among Malaysians.

With the overall number of diabetics set to rise, we need to increase diagnosis and management of diabetes, plus encourage preventive measures to reduce risk of the disease.

In Malaysia, the International Diabetes Federation estimates* that 3.2m people** live with diabetes and approximately 50% of them remain undiagnosed, with the total number of diabetics expected to rise by another 50% by 2035. Many diabetics eventually suffers from kidney failure, with statistics showing that approximately 60% of kidney failure patients in Malaysia are diabetic – one of the highest ratios in the world. Over 5,000 new kidney failure cases are diagnosed every year.

“With the continuous increase in the number of kidney failure patients and the increasing cost of operations, we appreciate organisations such as Sunway Medical Centre coming forward to raise funds to benefit NKF.

NKF help over 1,600 patients annually and spend close to RM15 million a year subsidising dialysis, while the total operational costs are approximately RM30 million a year, including running 27 centres nationwide, expenses for public education programmes, welfare contributions for hardcore poor patients and their children, professional training for personnel, transportation for patients, and replacement of equipment.

About 60% of NKF patients are hardcore poor with household disposable income of less than RM800 per month, while the other patients also fall into the low-income category,” said Chua Hong Wee, Chief Executive Officer of the National Kidney Foundation of Malaysia. 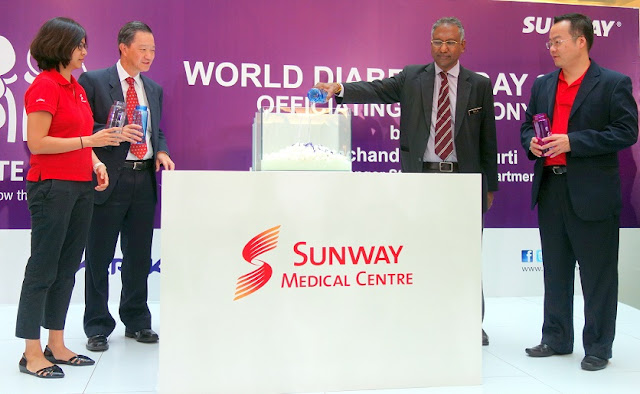 SunMed has held a series of roadshows around the Klang Valley and Penang, to mark World Diabetes Day, with the Main Roadshow held at Sunway Pyramid recently from 13 to 15 November 2015.

At the roadshow, visitors got to enjoy free health screenings, play interactive games and receive attractive freebies. At the Main Roadshow, there was also a colouring contest and fashion contest for children with cash prizes and hampers for them to win. 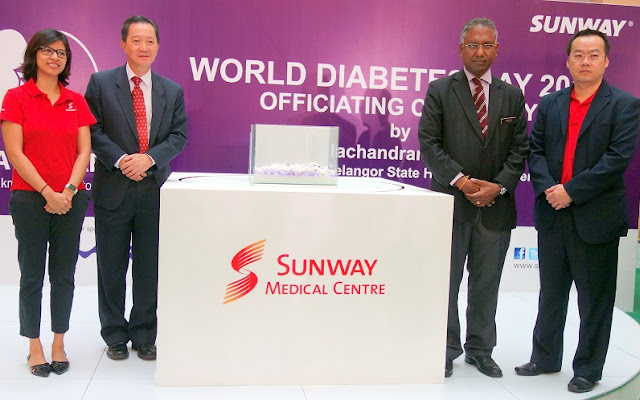 ·      the Fit2Climb Challenge, a diabetics-focused extension of the existing LEAN Club programme, which is a holistic programme to address obesity in adults and children through healthy eating and lifestyle interventions. The challenge will culminate with a trek up a hill in January.
·      the 30 Days to Happy Kidneys campaign, in conjunction with NKF. The campaign aims to encourage kidney-healthy practices by providing a 30-day calendar of different activities, encourage spreading the word on kidney health through an Instagram contest, and raise funds for NKF by making the calendar cum pledge card available with a minimum RM11 donation. SunMed is also matching the total amount donated by the public for a joint donation to NKF. 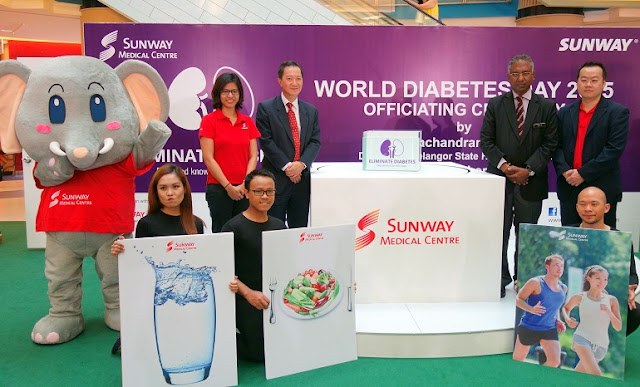 ·      a Diabetic Dialysis Patients’ Day that shares information on the importance of keeping blood glucose in control even while undergoing dialysis as well as tips and motivational advice on how to stay on course for both the patient and their caregivers.
·      a series of Diabetes Self-Management Education (DSME) programmes for diabetics and their caregivers, to educate diabetes patients and facilitate the knowledge, skill and ability necessary for diabetes self-care.
·      A talk for general practitioners on wound care and management. The talk will also coincide with the announcement of the winners for Fit2Climb Challenge. 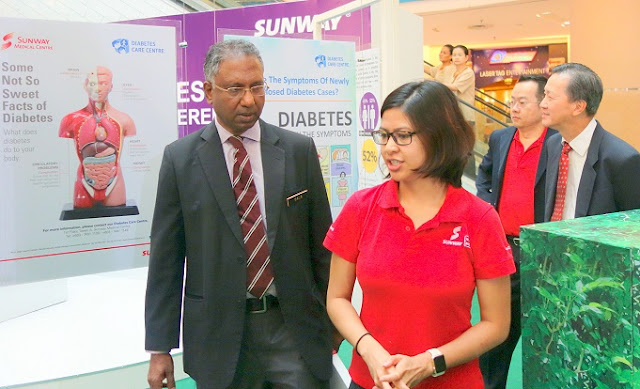 The 30 Days to Happy Kidneys fundraising campaign is running until 17 January 2016. Sunway Medical Centre aims to raise RM50,000 to channel a total donation of RM100,000 to NKF.

For your information, all Instagram submissions for the 30 Days to Happy Kidneys Challenge contest are still being accepted until 30 November 2015 for the Grand Prize of flight tickets worth up to RM5,000. So go on and try your luck!!!

For more information on the contest, please visit http://www.sunwaymedical.com/news-events/community-events/happy-kidney-campaign 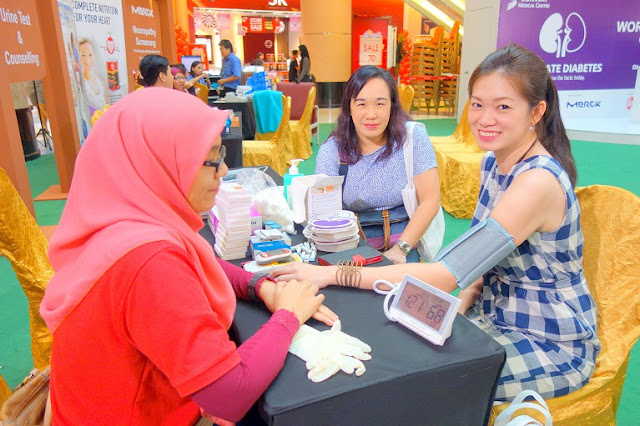 Here blogger friend Jessie and I both had our blood pressure taken... hers was perfectly normal whilst mine was a little on the high side.....sighhh.....