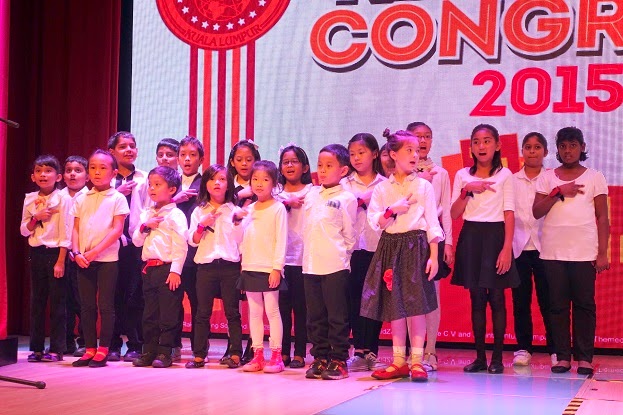 CongreZZ is the legislative governmental body of KidZania that is overseen by 20 children, referred to as CongreZZ Kids who are the award -winning indoor educational centre's elected representatives and naturalized citizens. Voted into office, KidZania CongreZZ congregates quarterly at the city level to share ideas and voice their opinions in order to keep KidZania's spirit alive, current and socially relevant. The CongreZZ kids will discuss topics like media, entertainment,education, literature as well as sharing the main concerns of tourists and citizens of KidZania. 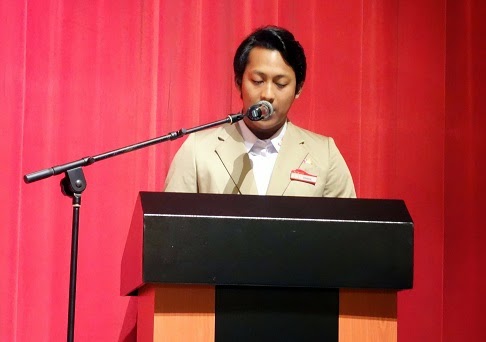 The KidZania CongreZZ was first introduced to KidZania Kuala Lumpur in 2014, the CongreZZ kids are required to serve KidZania for a period of one year, in which, a new election campaign will take place at the end of each term.

The 2015 KidZania  CongreZZ campaign attracted over 260 applicants, and from there, only 20 were elected into office after a rigorous selection process that included resume and video submissions, face-to-face interviews and finally and electoral campaign run in KidZania Kuala Lumpur for the people's votes.

All applicants were judged based on their exemplary aptitude in the areas of education, communication skills, sociability, creativity, respectfulness, articulation as well as overall personality attributes by the panel of judges whose expertise cover the fields of education, training and marketing. 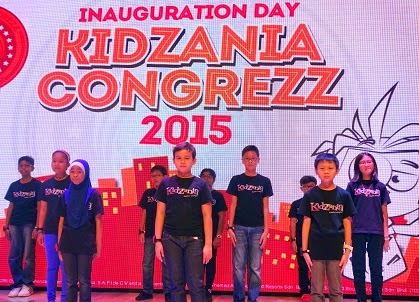 The event started with the arriva of Yang Berbahagia Dato' Haji Ahmad Tajudin bin Jab, the Deputy Director-General of Education (Education Operations) as well as the singing of the 'Negaraku' by the 2014 Outgoing CongreZZ Kids as well as KidZania's National Anthem and a dance by the obviously very talented kids. 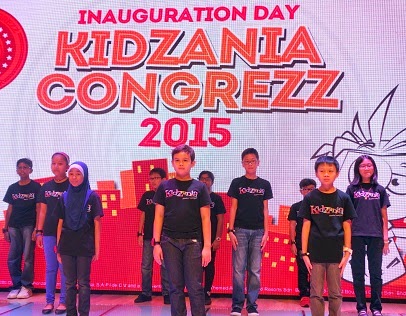 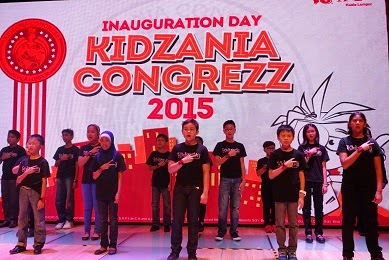 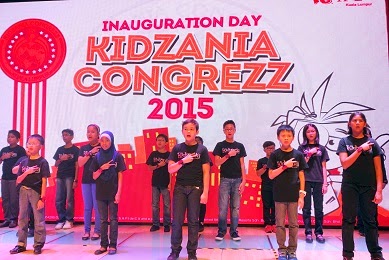 They sure gave out very positive vibes and good self confidence and it was a little sad as they reluctantly officially stepped out from their CongreZZ office to make way for the new CongreZZ kids of 2015. 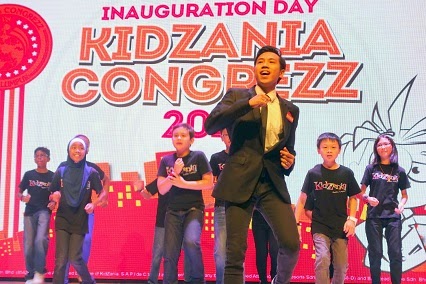 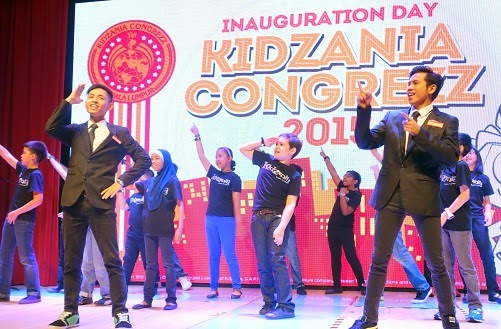 There was a memento presentation ceremony for the CongreZZ kids 2014 by both the Mayor, Mr Shahrul and the Governor of KidZania,  Ms Susanah. 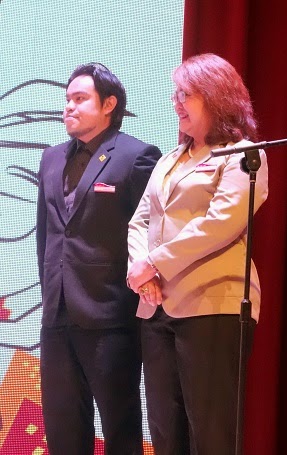 Susanah Abdul Rani, the Governor of KidZania Malaysia who presided over the occasion said, "KidZania CongreZZ is an authentic and powerful developmental experience that will prepare its members for the real world. Through their participation of engaging forums and activities, they will be exposed to situations and opportunities where they can exercise their independence , build their confidence and gain skills in decision making, critical thinking and communications. 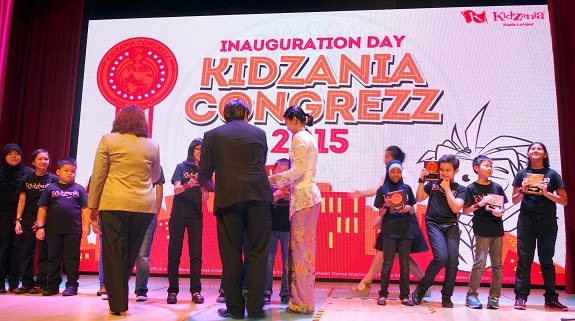 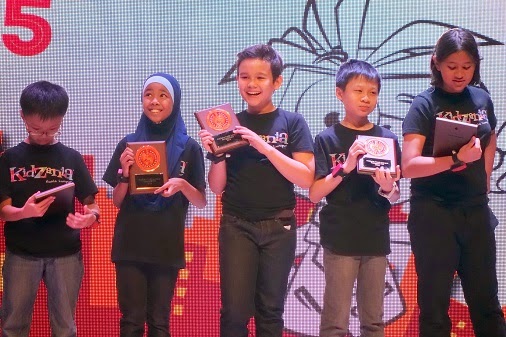 In 2014, the CongreZZ Kids members worked together to implement credible changes to KidZania Kuala Lumpur, effectively tabling activities that both parents and children could participate in together , as well as ensuring that posters be placed as reading materials for fellow children to keep entertained while waiting for their turn at the establishments. They also made other significant appearance at the World Summit on Media for Children- a global movement to develop and improve quality media for children, participate in English Mania - the pilot phase by the Ministry of Education for the first - ever English based learning experience programme for students and teachers at KidZania Kuala Lumpur. They were also actively involved in reforestation efforts under KidZania's "Kids for a Greener World" environmental campaigns. 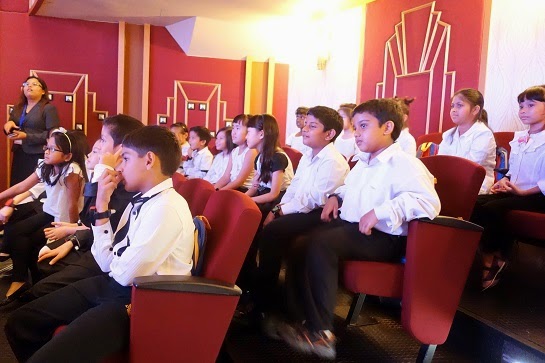 "It is a big responsibility that we are placing on the CongreZZ Kids, but it is a through responsibility that they will develop a hunger to accomplish their dreams. It is an essential part of growth and KidZania Kuala Lumpur is proud to be able to provide an avenue to educate, inspire and empower children as they discover lifein this city that is especially built for them," added Susanah. 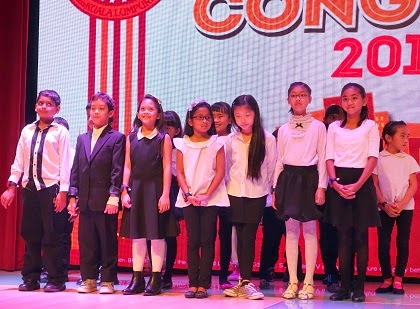 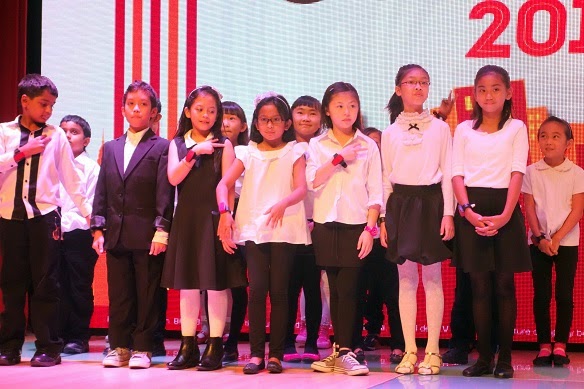 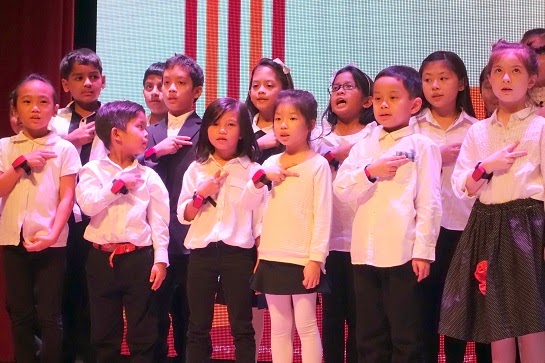 It sure was a treat watching these adorable kids making their declarations and putting their stamp  / Signing of the CongreZZ Act . 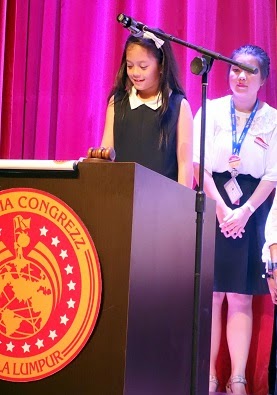 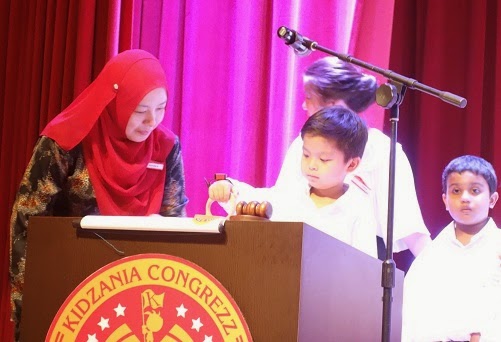 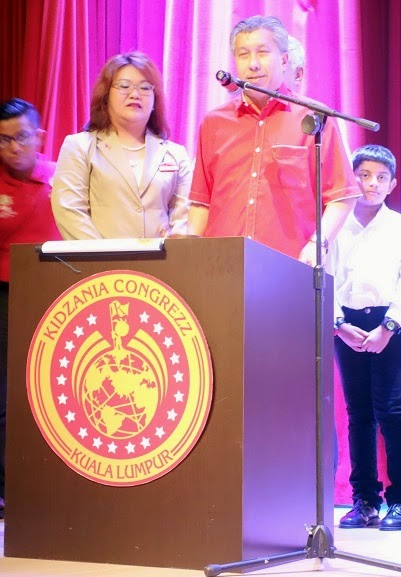 We were then treated to a drum percussion band performance ... 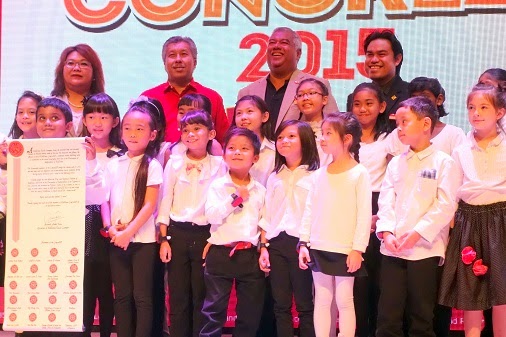 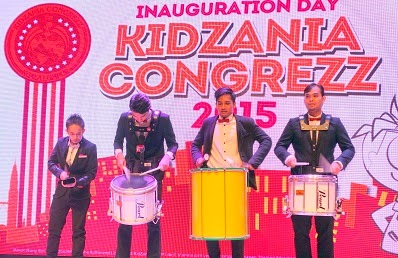 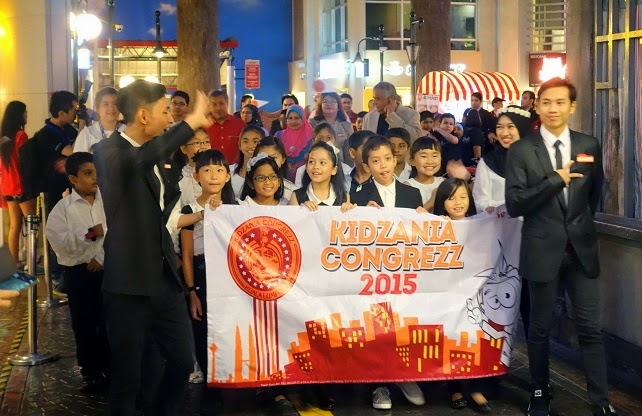 Named the 'Best Experience for Kids' in Expatriate Lifestyle's Best of Malaysia Awards 2014 for the second consecutive year running, KidZania Kuala Lumpur goes beyond traditional teaching mediums to continuously look at opportunities to expose kids to new experiences and endless occupational possibilities. It is the preferred place of co-corriculum amongst schools as more and more schools and children choose KidZania for out of classroom learning, to explore real life experience, learn about decision making and many more..... 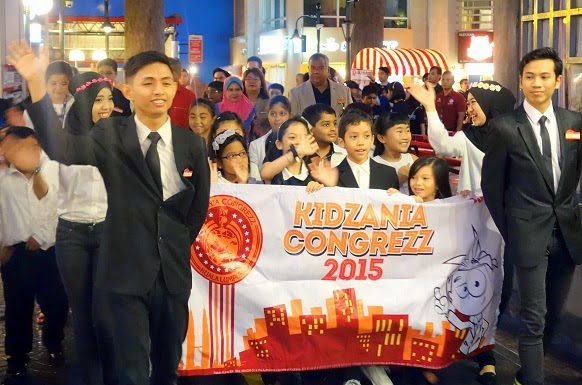