Are you a fan of superheroes? Chances are like it or not, you would have seen and heard of Ultraman.... the famous Japanese Superheroes who have been around for ages. If you have not even heard of them before.... errmmm.. which rock did you crawl out from.... just kidding, no offence meant...

Anyway , Ultraman has landed in Resorts World Genting!!! And yours truly and her little girl was there to catch the action yesterday in Genting with some fellow bloggers as well. 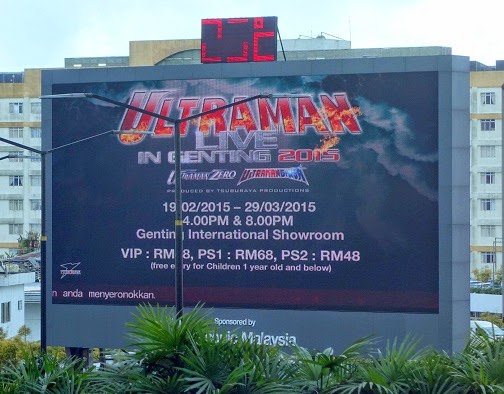 The weather of refreshingly crisp and cool at 25 degrees Celcius as we stepped off the bus and was ushered to the Genting International Showroom. It began on the 19th of February and will be ongoing until the 29th of March 2015, so be sure to go and catch your favorite Ultraman in action at the 'Ultraman Live in Genting 2015', the biggest Ultraman live show outside of Japan!!! 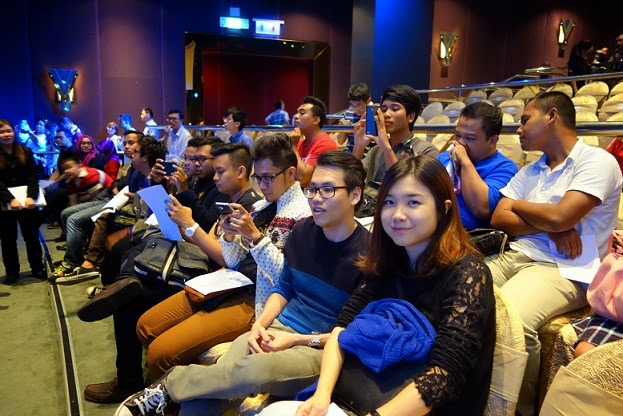 Here is a pictre of fellow bloggers pals waiting for the show to start (above) and my little girl munching on popcorn (below) and 100 plus isotonic drink that comes in a pretty unique Ultraman tumbler ...  you know what... the Ultraman eyes on the tumbler can actually glow when your drink is cold!! How cool is that!! 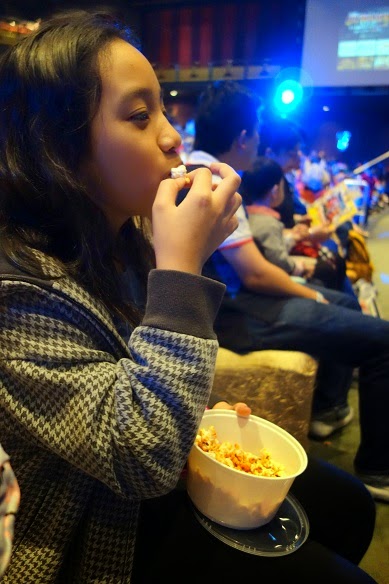 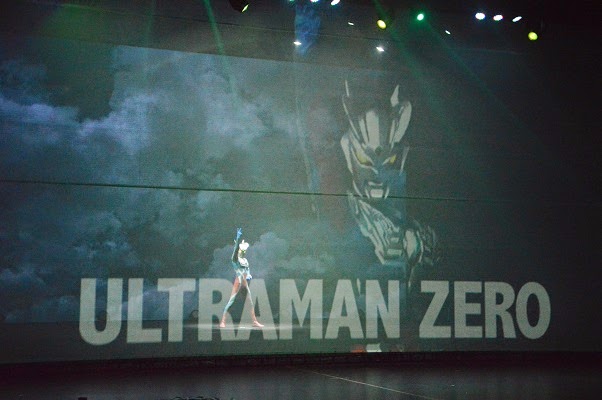 For your info, 'Ultraman Live in Genting 2015' is produced by Tsuburaya Productions and it is customized with an all new storyboard for the Malaysian audience and Resorts World Genting.  The storyboard is somewhat slightly cheesy for adults but I guess pretty fun for the kiddos. 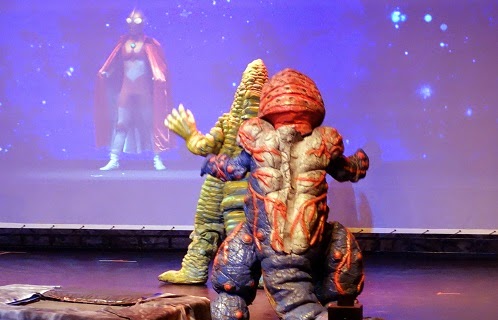 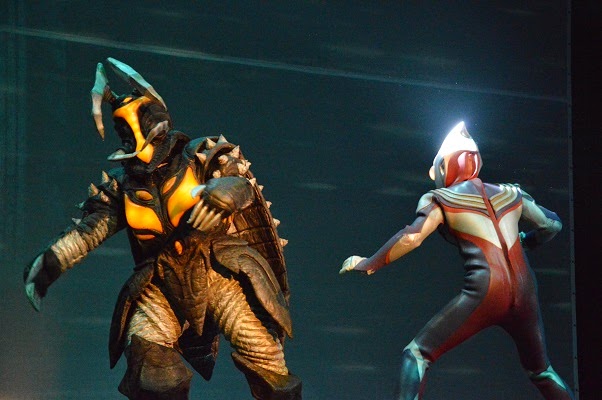 The highlight of the show have to be the high tech stagecraft , some pyrotechnics and thrilling action scenes that promise the audience an energetic participation and a thrilling time throughout the entire performance. 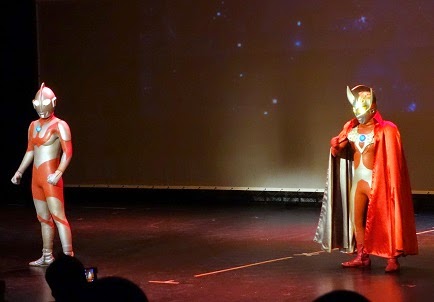 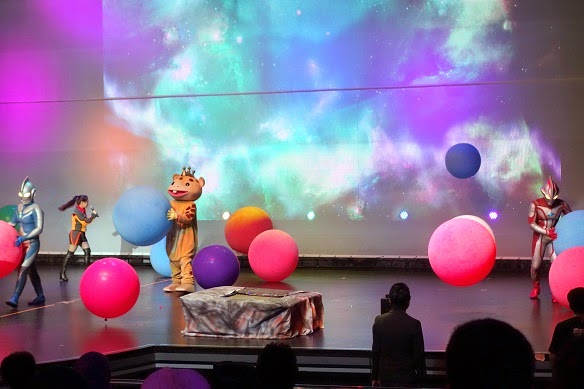 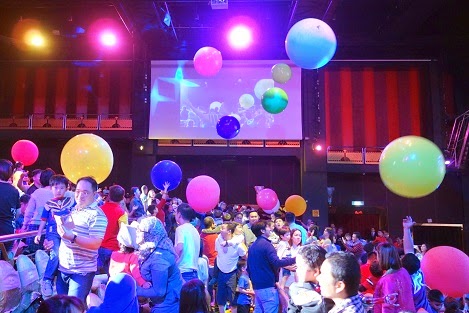 The full one hour plus production of the brand new 'Ultraman Live in Genting 2015' on 19th February to 29th February 2015 at the Genting International Showroom comes with a full Japanese crew all the way from the land of the Rising Sun.. 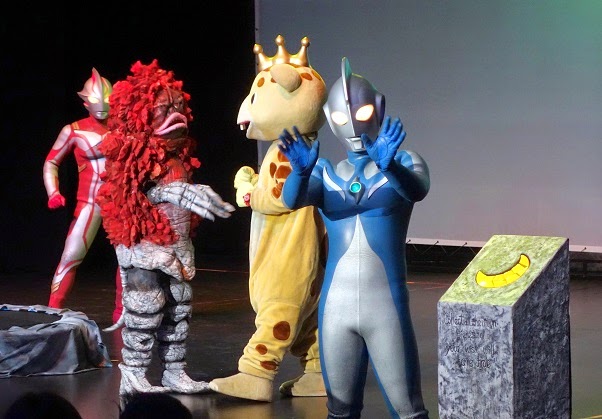 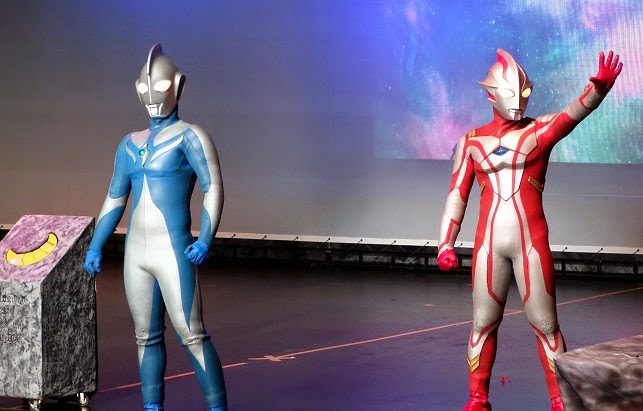 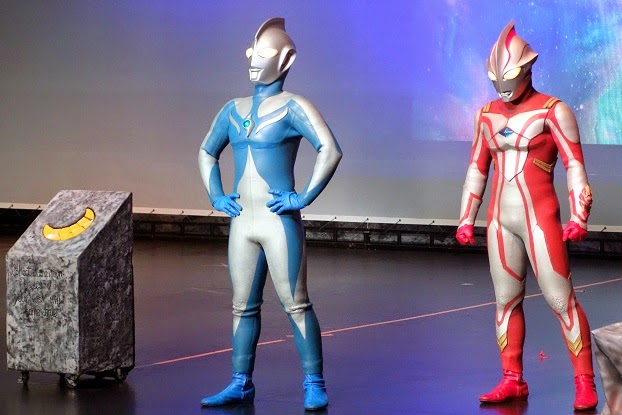 There is some awesome news. If you purchase your tickets now (while stock last) you stand to get a limited edition of Ultraman Projector Watch FREE. Not only that, Ultraman ticket holders will also receive an exclusive 30% off for Ultraman limited edition merchandises and a 20% discount to dine at Resort Seafood, Hou Mei Resort Hotel and Coffee Terrace. 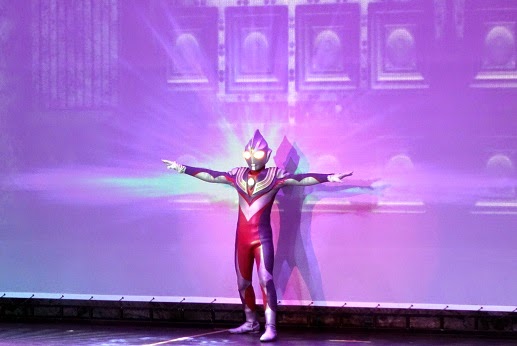 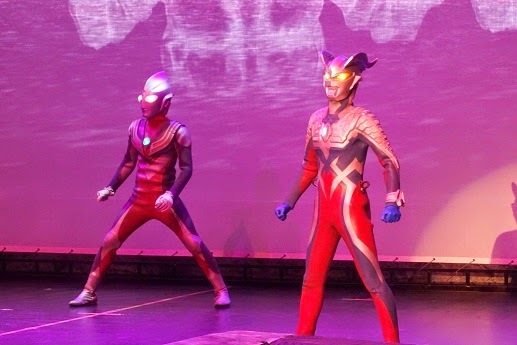 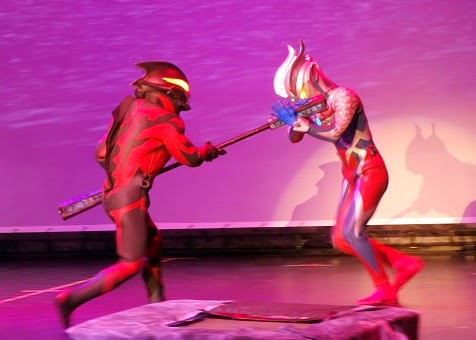 If you are in need for snacks, there will be pop corn and a very special edition Ultraman tumbler (as mentioned above ) retailing for just RM20 nett  and RM26 nett that comes inclusive with a very special Ultraman popsicle which you cannot find anywhere else... and the best part of it... the drinks is refillable for free for the tumbler for the duration of the show!!! 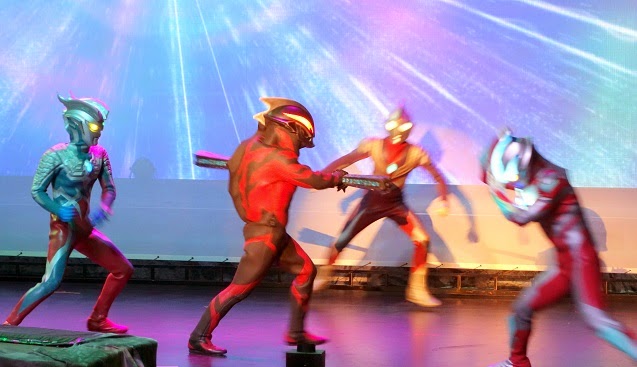 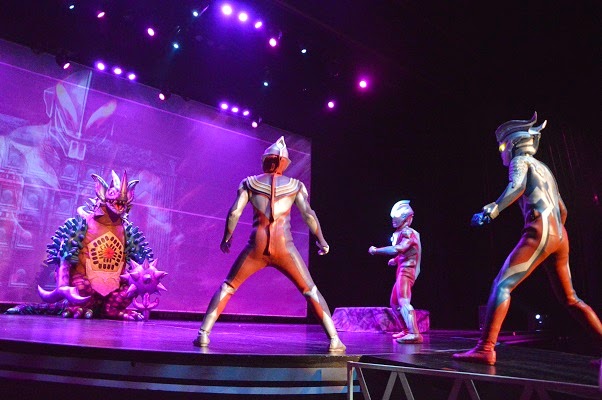 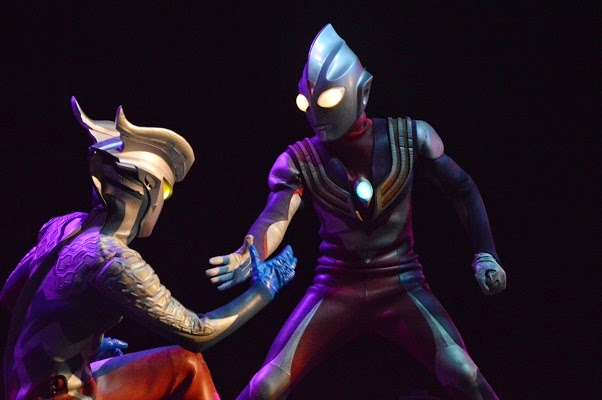 So what are you waiting for, get your tickets now and head up to the city of entertainment, to meet your favorite Ultraman heroes on stage from now until the 29th of March 2015. The show is at 4pm and 8pm daily at the Genting International Showroom. 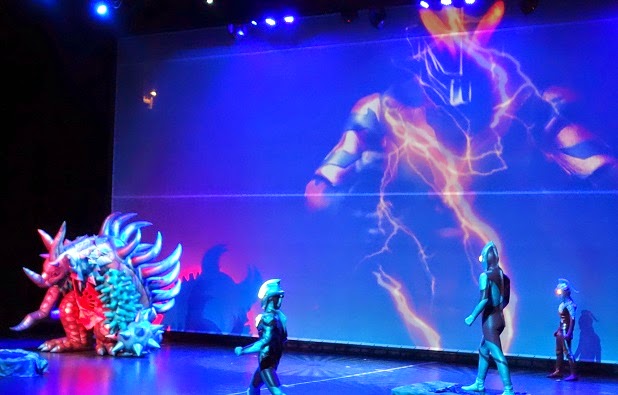 Tickets are available now at the very affordable price of RM88 (VIP) and RM68 (PS1), so grab your ticket now and reminisce on your childhood or give your kids the most unforgettable time of their lives meeting the Japanese Superheroes!!! 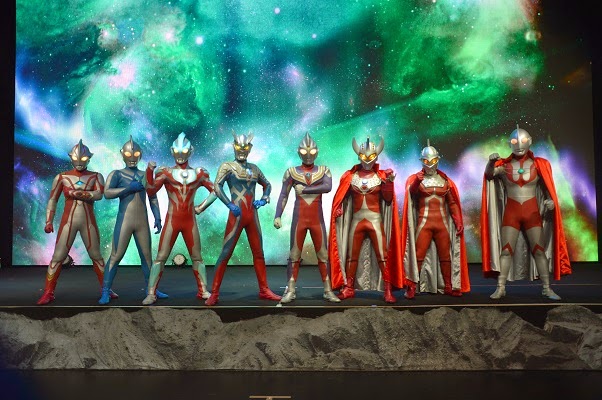 There are also photo opportunities for you to take a memorable picture with them for a small fee of RM35. It comes with a pretty Ultraman frame... 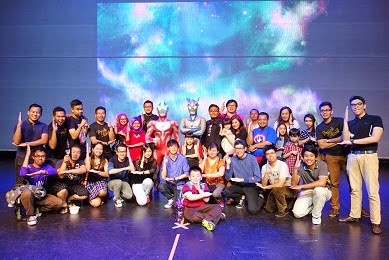 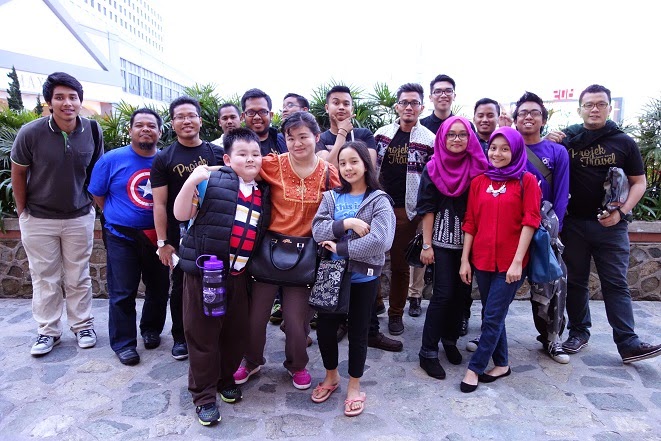 Thanks to Resorts World Genting for the kind invitation.... we did have a blast and a memorable time there.... 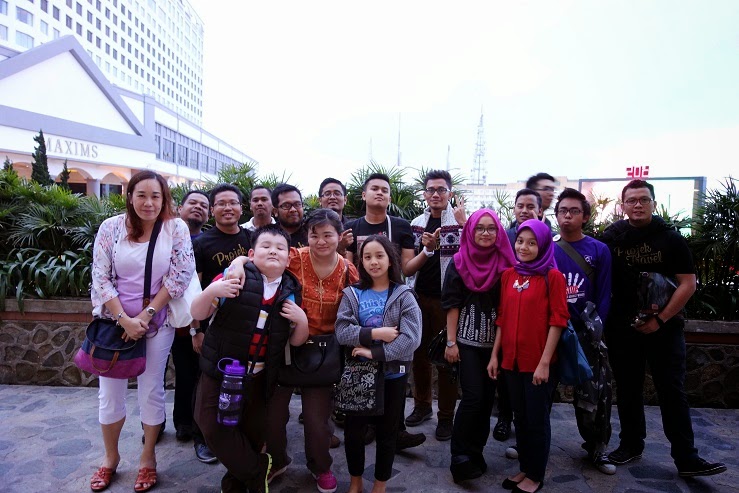