How to raise a well balanced kid..

A typical tiger parent would be someone who put a great priority on their children’s examination results, wanting them to be the best they can be. None of their children are allowed to be left behind in their studies, and those who happen to fall behind would be sent for intense concentrated classes to bring them up to speed.

The tiger parent's priority on their children’s education can be so great, that usually their kids could read fluently at the age of three or four. Sadly, most of these children's playtime will be taken away from them. What the kids are expected to do is excel in their studies, music, ballet and such. Some of these kids can not even hold a conversation nor mingle with other children their age. They were only good with books and studying.


Recently, there was a story that went viral of a father who had a daughter who never once placed first in class. Her best placing was second in class during her trial examinations despite having straight A’s.
Distraught with the idea of disappointing her father yet again, the teenager came home straight from school after getting to know her results, did her prayers, and hung herself.
Apparently, on previous evening,before she collected her results, she had asked her father, "what if one day, God set it in stone that she wasn’t smart and she didn’t place first in class, what would her father do?"
Her father coldly replied that she would not be his child anymore..
Now sadly, this man who called himself a father never once mingled or play with his children. He wasn’t good at mingling with the kids, and he didn’t want to learn how to, and so he never bothered making an effort to mingle with the kids. What that mattered to him, was that his children knew how to be successful in life, and knew what direction in life they wanted and the daughter who committed suicide had tried to mingle with her father for the whole 15 years of her life...
So I would say it is advisable never overdo things in life. And while it is okay to be firm and strict to your kids, there’s a limit. Nothing should ever be done in excess, even things with good principles. Everything in life should be done in moderation.

Recently, I attempted to give one of my daughter's friends a pair of tickets to KidZania , after knowing that the girl has never been there before. I gave her a ticket for her mom and her to go to KidZania and I was stunned when I found out that her parents did not allow her to go or did not want to bring her there and instead gave the tickets away. I may be wrong and they might have things planned for all the weekends and also the school holidays... but I really pitied that girl...extreme tiger parenting is likely to develop damaging perfectionism, while lowering your child’s self-esteem...
This is not the only case, many tiger parents' children are really so pitiful as they are not allowed to go anywhere, some has never even been to the cinema, some has never gone to theme parks and so on....
Even when you are attempting to raise up your children to be successful individuals, do not be so harsh on them and do not take away their childhood from them. I believe all children deserve a chance to enjoy their childhood. Children should be allowed to play, mingle around with peers their own age, allowed to enjoy the things their friends enjoy. 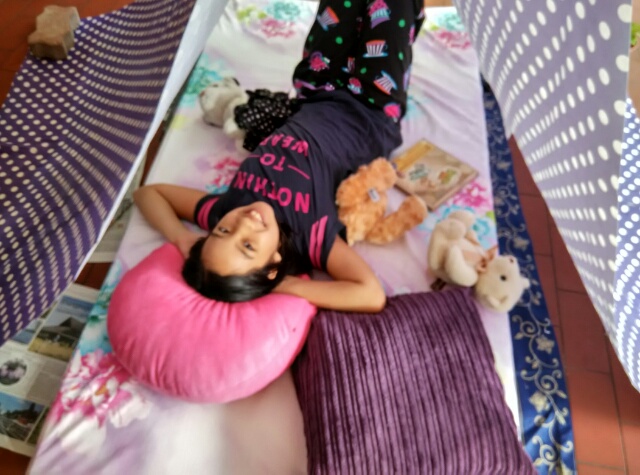 I am not saying that I am the perfect parent and I have a lot of weaknesses as well, but I do want my children to be well-rounded, happy, experience all that life can offer and enjoy their childhood as much as they can. After all, they can only be children once, right..
A well-rounded child is one who can think for him or herself, who is secure in his or her decisions and has a developing sense of who he or she is and where he or she fits in the world.
Sometimes, I think some parents confuse happiness with success. Most parents devote themselves to making sure their kids rack up accomplishment after achievement after accolade, believing that recognition, good grades and moving up will make them happy. Sadly, this is not the case as too often, they do end up driving themselves and many times, their kids over the edge or around the bend.
Steering your children toward a top college or providing the best material comforts, is actually not that important as to that if you can give your children balanced priorities and healthy habits.
So instead of worrying excessively about the areas in which your children are weaker, encourage them to channel their time and energy toward their interests and talents. They can achieve their full potential in these areas, while preserving a healthy perspective and having fun.
I always believe in one thing, which is not all students who get straight A's and graduate from the top universities can be successful in life, and there are also a great number of average students who eventually become great and successful people...
May  I remind you some of the most successful and richest men in the world are actually lousy students and high school drop outs.. such as Tumblr founder, David Karp who drop out from school at 15 years old - and he is now worth more then $200 million. Virgin Group Founder, Richard Branson is also a high school drop out at 15 years old - and he is now worth $4.9 billion, Francois Pinault dropped out at 11 years old and he is now a multi billionaire who owns high end fashion houses such as Gucci, Stella McCartney, Alexander McQueen and Yves Saint Laurent and is worth about $12.9 billion.... Abraham Lincoln left school at 12 years old and he eventually became a President of the United States of America..and Walt Disney actually also dropped out of school at 16...... and see how rich and famous or big his empire is... LOL
So, as my husband and I believe, it is very much more important making sure your child is well grounded and also happy. Let him or her play, learn along the way and experience life the best he or she can...
Did you know, back 30-40 years ago, children were allowed to wrestle on the school grounds, climbed trees, played with leaves, flowers, and anything they could get their hands on and allow their imagination to run wild. 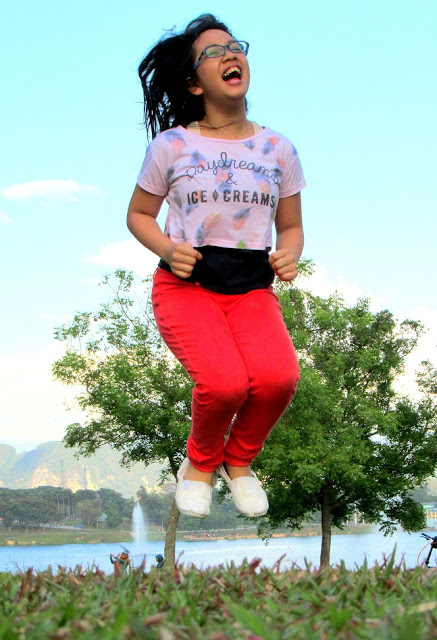 I really believe that we should reverse the horrid trend that has been occurring over the past half century, where grades are more important then a child's real well being... and what they do not know is with this comes a dramatic increase in childhood mental disorders. Clinical assessment questionnaires, show that rates of clinically significant depression and anxiety in schoolchildren are now five to eight times what they were in the 1950s and 1960s. Other research indicates that empathy is been declining and narcissism increasing and sadly, creative thinking has been decreasing among schoolchildren at all grade levels over the past 20-30 years.
Give childhood back to children. Let them follow their inborn drives to play and explore, so that they can grow into intellectually, socially, emotionally and physically strong and resilient adults.
Take them places this school holiday to widen their horizons, bring them to the zoo, the bird park, KidZania, the themepark etc... being them to the park to exercise and play.. 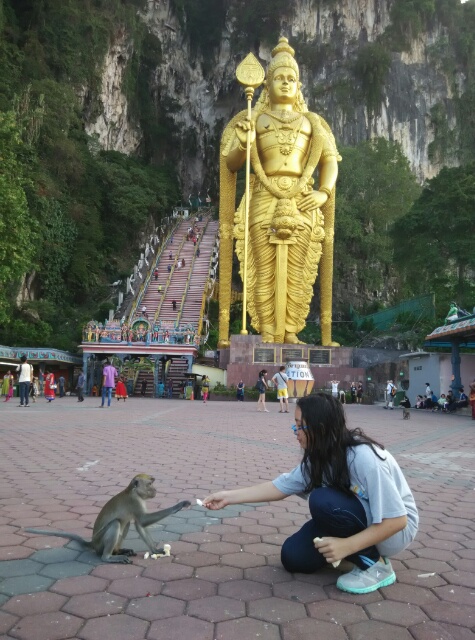 My daughter loves seeing birds and fishes at the park, or even flowers.. she gets to play at the play ground, mingle with kids there under her father's watchful eyes or mine.
We also go to Titiwangsa for horse riding, Kepong Metropolitan Park to watch the kites fly, or head to Batu Caves at times to check out the Dark Caves, climb the stairs, feed the monkeys, the birds, the fishes...and the list goes on....

And well... while you are at it, be sure to give your child lots of hugs throughout the day. It can help ease any tension he or she may be feeling. There's nothing like the human touch to give a child a sense of security.
Studies of neglected children have shown that kids who don't receive affection can suffer from chronic stress, which can disturb the parts of the brain involved in focusing, learning, and memory. Besides when you hug your little one,  it can improve her ability to concentrate, and it will also benefit you (and make you feel like a million dollars)
Pictures are partly my own, and partly sourced from google for decorative purposes...