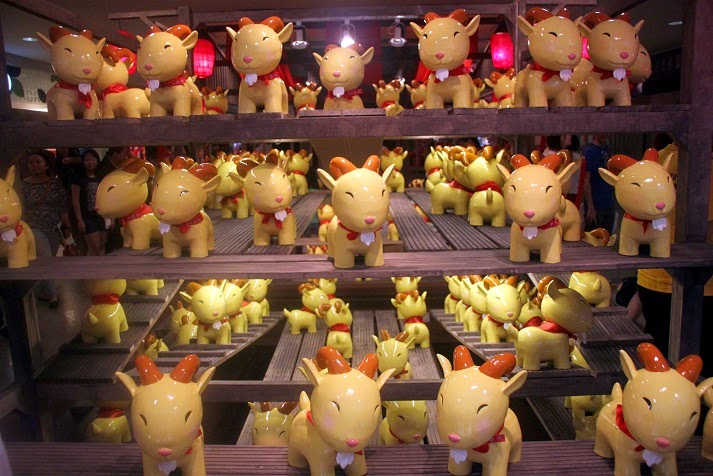 After being invaded by 1600 Pandas in Malaysia, we are now invaded by Goats... 'Very Goats'... hehehe, 178 of them to be exact. And oh how adorable these 'Very Goats' are. My daughter and I fell in love with them watching the Chinese serial dramas on 8TV. We nick named the 'Very Goat' Ting Ting as we just adored the way it leapt about on the TV screen and wiggled it's ears.
So when we found out that the 'Very Goats' were in Mid Valley , my little girl insisted she wanted to go see them. For your information, the 'Very Goats' will be in Mid Valley Megamall until the 1st of March!!! So don't miss the opportunity to go get a picture with them.... 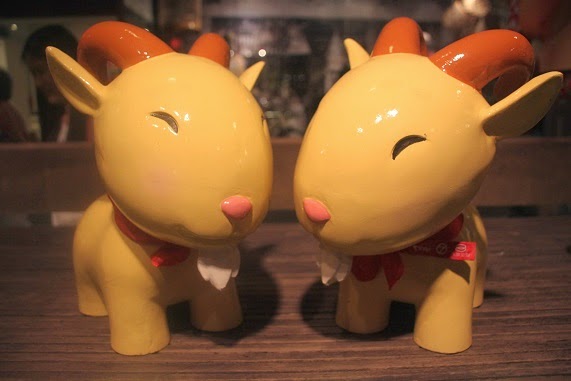 The 178 'Very Goats' or 'Yang Yang Da Hou' (meaning all things are good in Mandarin) is the 2015 Chinese New Year Campaign brought to you by Media Prima's one FM, NTV7 and 8TV!! In this campaign, a total of 178 ceramic goats to mark the year of the Goat will be on display at the Mid Valley Megamall until March 1st!!!

Members of the public are encouraged to snap pictures with these adorable goats and upload the photos on Instagram with the hashtag #178verygoat. Those who submit the most creative , vivid and vibrant photos will be declared the winners. 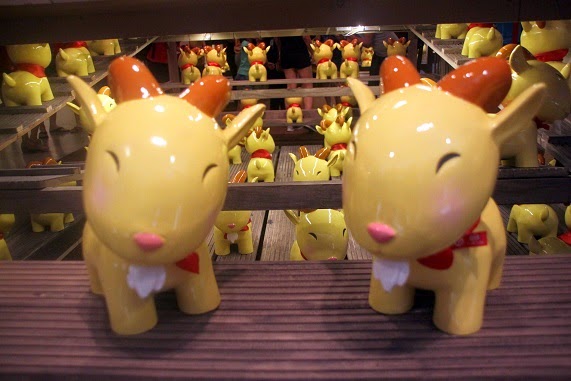 Yours truly was there to check out the fun-filled time the audience had with some of the Media Prima's personalities on that day...There was Wayne Thong and Angel Ang from one FM, Jojo Goh and Jeffrey Cheng from NTV7 as well as Chrystina Ng and Winson Voon from 8TV present to meet their fans as well as play some games and perform a song for the rapt audience and fans. 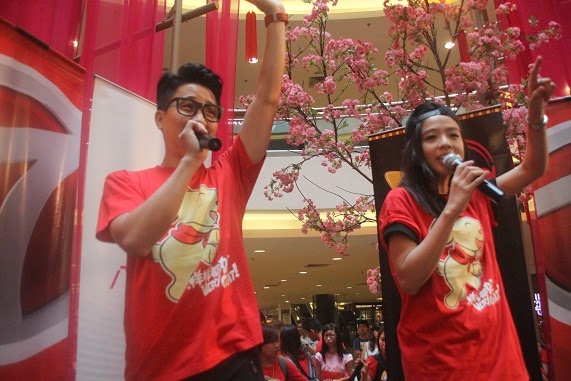 Media Prima's 2015 CNY Campaign encompasses a wide range of activities and goodies which are ure to guarantee their fans a 'feel goat' (feel good) time. 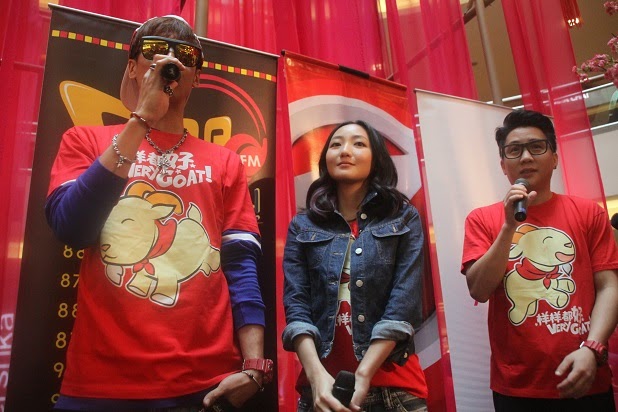 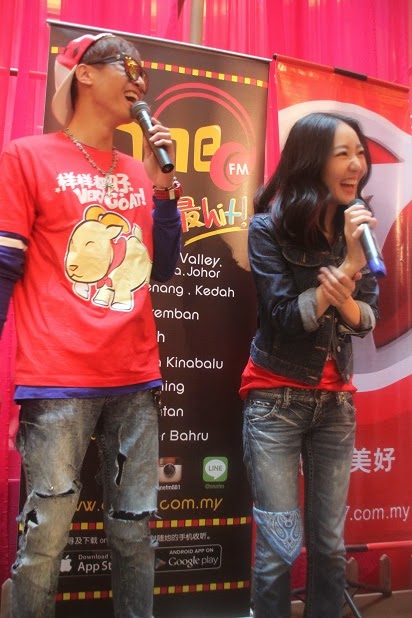 This is the first time all three stations are collaborating together in a special CNY campaign to reach out to more Chinese audiences. Media Prima want their viewers to enjoy an auspicious celebration and are rewarding the viewers with thrilling TV programmes and exciting activities. 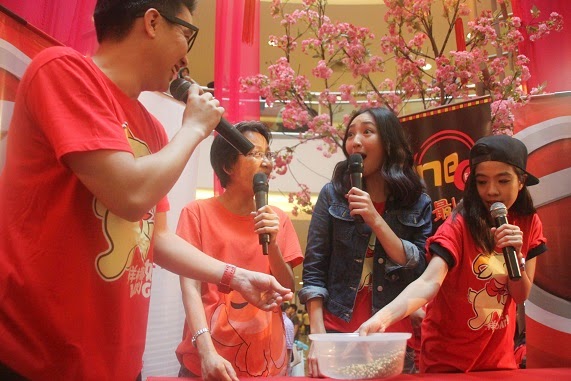 Just so you all know, there is a CNY mobile app that is being initiated for the first time to add to the excitement. the '178' app will enable members of the public to get recipes on famous sumptous Chinese dishes, free daily horoscopes, CNY TV programme schedule on Media Prima channels as well as send greetings via e-cards on the app. 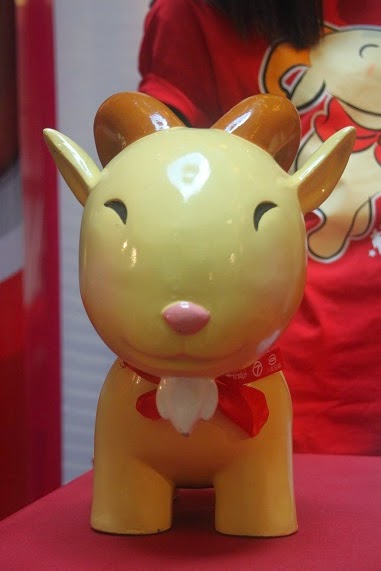 Do not forget to get the CNY album, (Very Goat) featuring 26 artistes and hosts from one FM, NTV7 and 8TV. It was created based on the goat theme and contains 8 songs in total. The first song,  'Yang Yang Dou Hou' is the theme song which means "Everything is Very Good" and was produced by Malaysia's very own hip hop and rap group ManHanD. Three of the songs are classics but have been recreated with a modern twist. The remaining four songs are Media Prima's own production from the previous years. 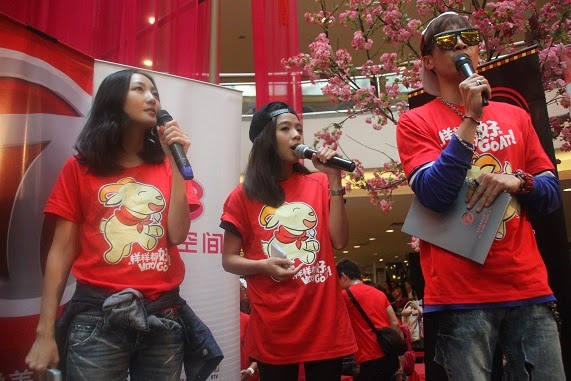 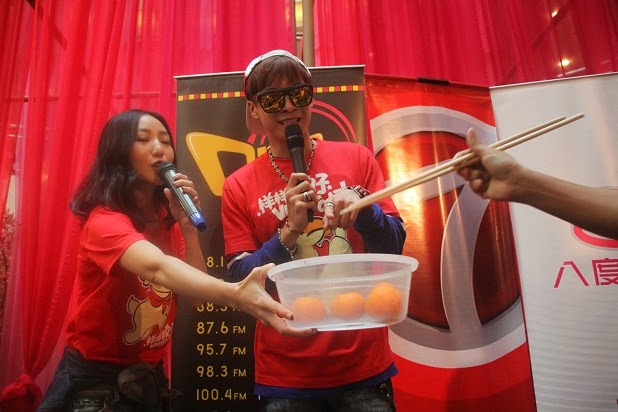 There will also be roadshows in which artistes will go around in a mobile truck to promote the album and give away cool prizes. Special ang pow packets with a number will be given away during this roadshows. 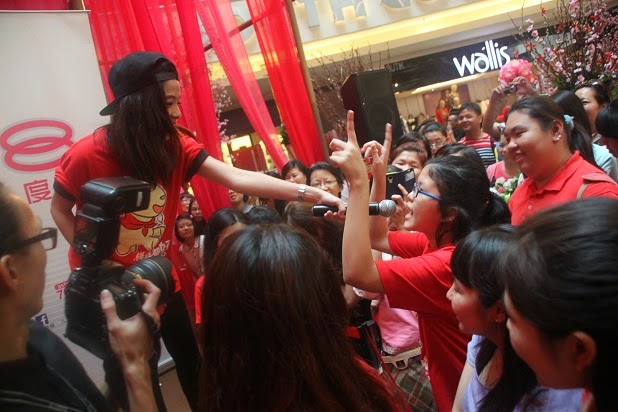 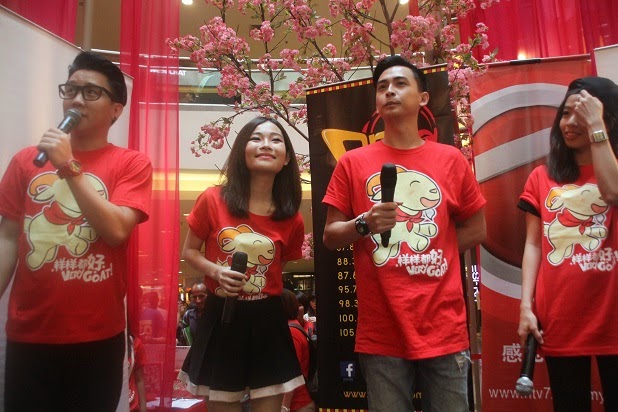 Viewers can download the "178" mobile app and use the app to scan the QR code on the screen when the Chinese New Year programmes are aired a few days prior to the big day. If the number of the QR code matches the number on your ang pow packets (the one you receive from road shows) you could be in the running to win some cash prizes totaling a whooping RM25,000 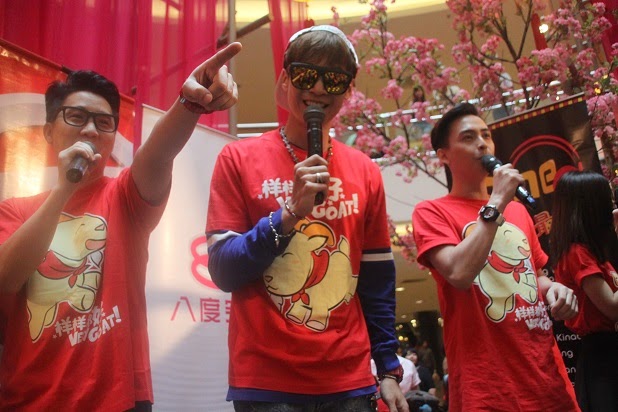 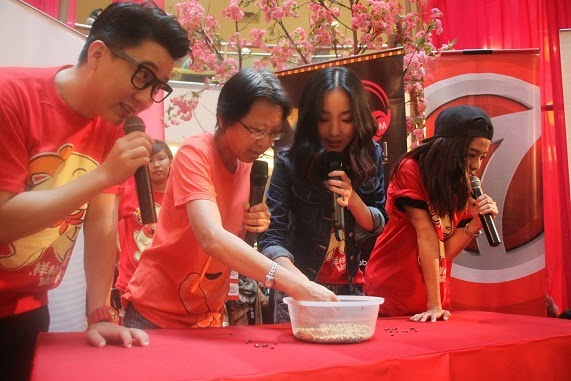 And oh, don't forget to get your own 'very Goat' plushie which can be bought at the road shows or at CD-Rama Popular outlets, a well as the CDs and pretty T shirts. All Limited Edition, of course... 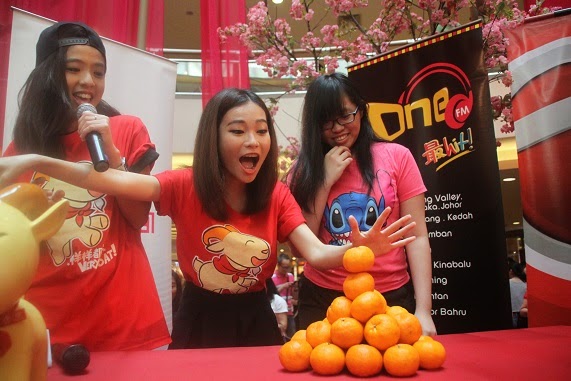 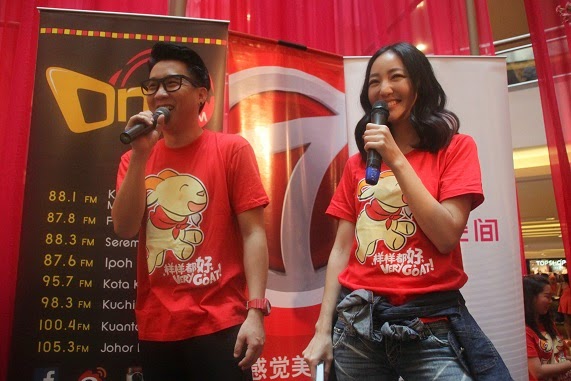 Get ready for a healthy, wealthy and prosperous Chinese New Year with this awesome campaign and check out all the amazing things they are offering... 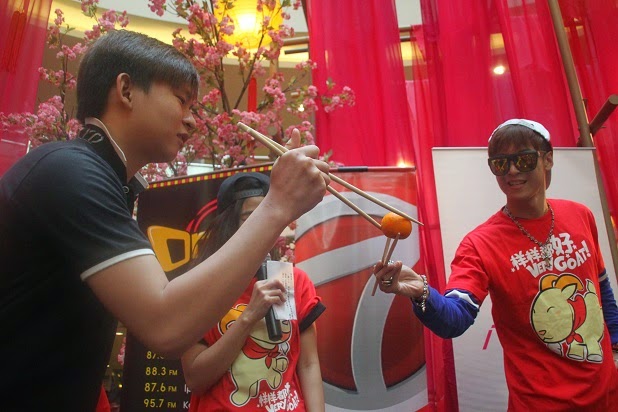 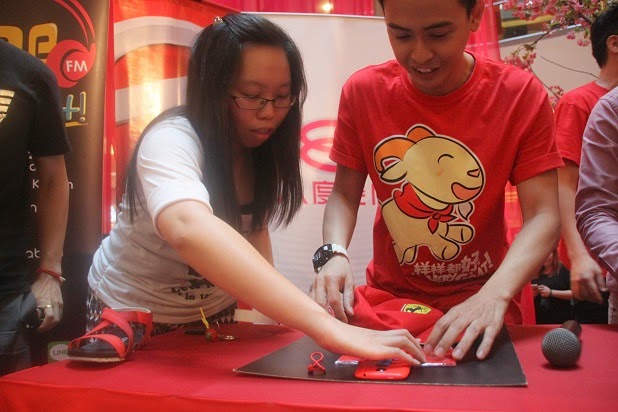 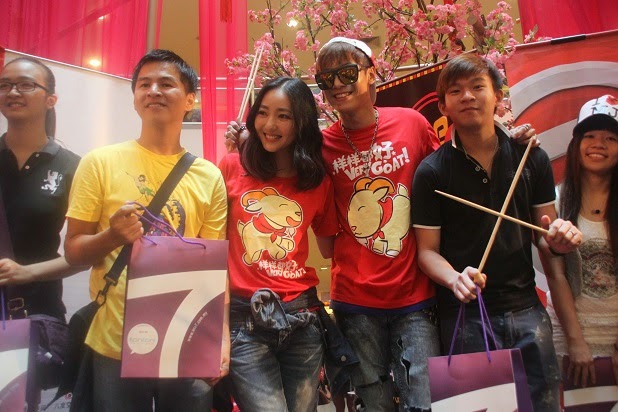 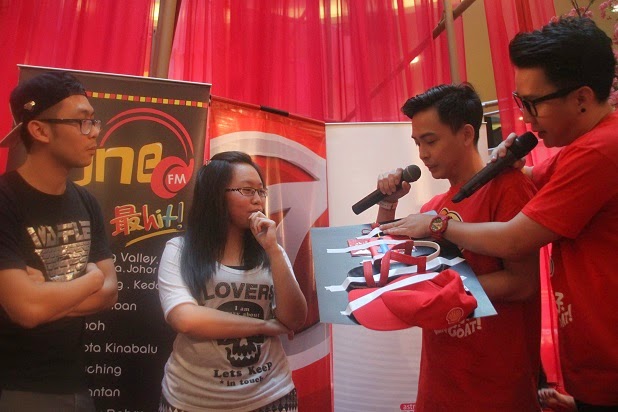 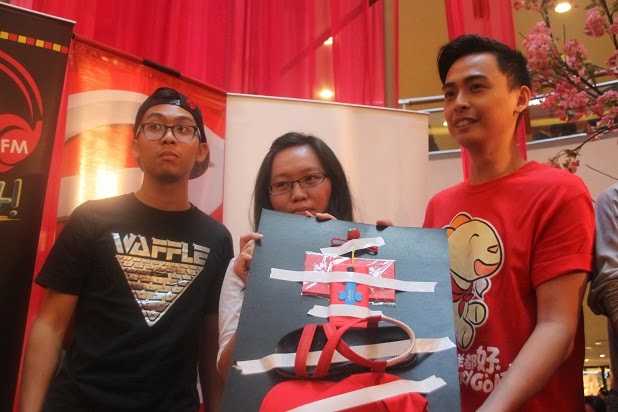 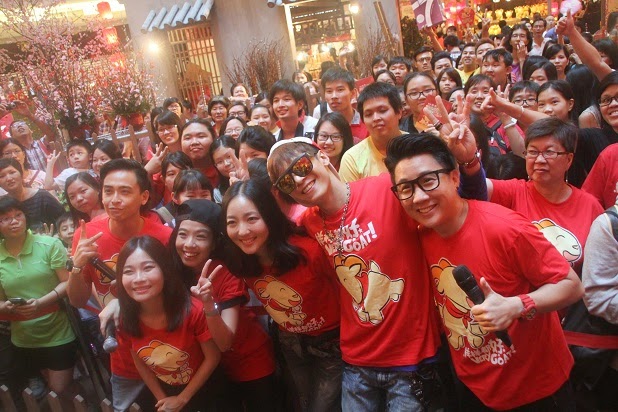