NICKELODEON PREMIERES "BELLA AND THE BULLDOGS"

A head cheerleader’s life takes an unexpected twist when her rifle-like throwing arm takes her from the sidelines to becoming her middle school’s starting quarterback in Nickelodeon’s newest live-action comedy series, Bella and the Bulldogs, premiering in Asia on Monday, 6 April at 5.15pm (HK/SG) and 5.30pm (PH), and Saturday, 11 April at 3.55pm (TH/WIB) and 4.55pm (MY).

In this new comedy ripped right out of this year’s headlines of girls playing traditionally “boy” sports, Bella Dawson (played by newcomer Brec Bassinger), a confident, caring and talented teenager, suddenly finds herself fulfilling a lifelong dream but also having to navigate the world of her teammates Troy (Coy Stewart), Sawyer (Jackie Radinsky) and Newt (Buddy Handleson), without losing her two best friends, Pepper (Haley Tju) and Sophie (Lilimar) from the cheer squad. 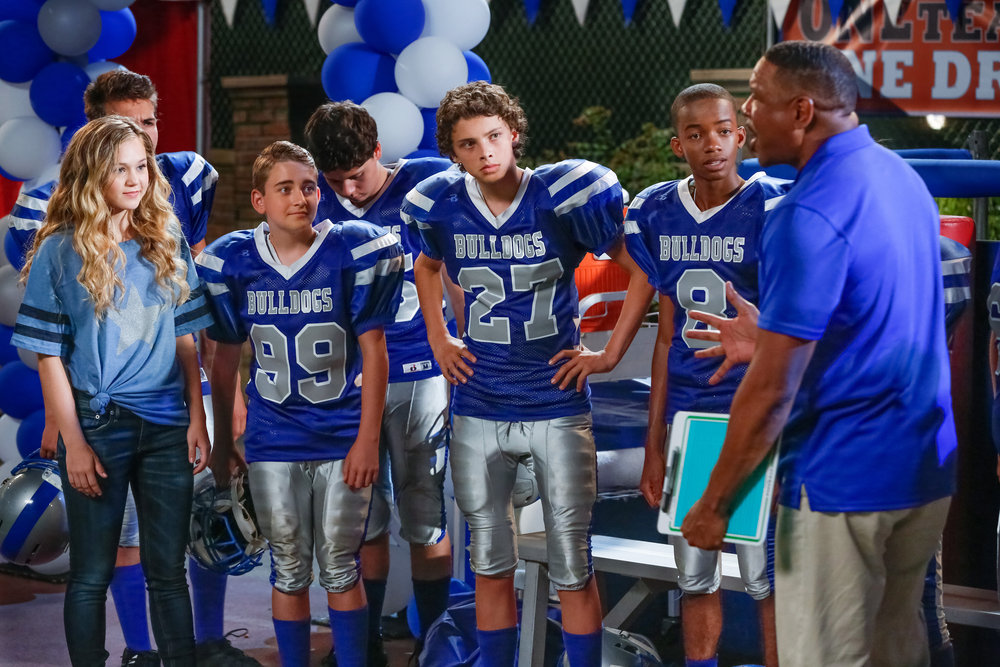 In the series premiere episode entitled “Newbie QB- Part 1,” head cheerleader Bella’s dream comes true when she earns a chance to try out to be quarterback of her middle school football team. The rest of the team, led by current quarterback Troy, does everything in their power to make her give up, but Bella must rise to the challenge to make her dream a reality.

Executive produced by Jeff Bushell, the show was created by Nickelodeon Writing Program alumni Gabriel Garza and Jonathan Butler, who also serve as co-executive producers. Garza began his writing career by being selected for the program in 2009, where he met his future writing partner and fellow program alum Jonathan Butler. Prior to selling their pitch to Nickelodeon and beginning development on Bella and the Bulldogs, both Butler and Garza were staff writers on The Haunted Hathaways.

For more information about Nickelodeon in Asia, visit  www.nick-asia.com.