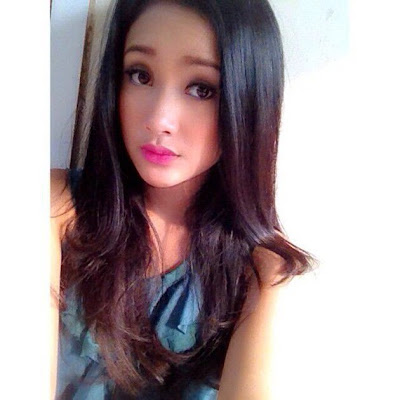 Cita Citata is something like Psy in Indonesia. She rose to fame with her single “Sakitnya Tuh Di Sini”, which became an anthem for some Indonesians.

Cita Citata  was born in Bandung , on the August 14 1994 and is a singer and actress in Indonesia . She became popular since the song Tuh Pain Here was introduced in the soap opera Stealth Likes: Love Old Bersemi Back . She also played a role in that soap opera.


In three months, the official video on her YouTube account has been watched more than 25 million times. Although Katy Perry’s “Dark Horse” is the most popular video in the music category in Indonesia, Cita grabbed second spot, beating mega star Taylor Swift and local sensation Raisa.

The beautiful Cita Citata started in the music scene with the single Kalimera Athens creation Contribute Doel . When she was in grade 4 in the elementary school , she often sang dangdut for wedding receptions. Since high school , she started to singing pop and also jazz .  Cita first started her career as a jazz singer, but eventually joined  Sani Music Indonesia in mid-2014 as a dangdut singer.She has just released a single titled Pain Tuh Here.

She is said to be deeply surprised and proud of her own achievement, which in my opinion she should. She did not think it could be  popular in Indonesia. In just a few weeks, the song rose to the top of the charts on various radio stations across Indonesia