Hmmm... a Muslim Malay fan girl gets a few minutes of special attention - gets kissed on the forehead and hugged by her celebrity idol and comes out the victim of viral cyber bullying.... There are way too many moral police around, that something so small becomes a big huge issue and I just bet it started off because a couple of other K-Pop fans who did not get selected started with the photos and videos out of jealousy. Isn't that just like the Malay culture of "Perasaan Hasad Dengki" aka enviousness that someone else got just a little more luckier then them. 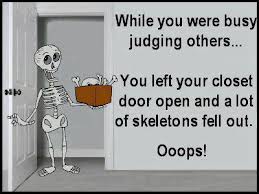 Like Nabi Isa or Jesus once said about a prostitute condemned to be stone to death , let you who have never done something wrong in your life (never cheated, never lied, never taken what was not yours, never held someone not your "muhrim" or family member's hand or such)  cast the first stone.

Not that I am actually condoning it, but hello!!!! There are so many other things people should look at and just not condemn a young teenager her few moments of 'special attention'  though she is in the wrong for holding him too... huhu... but being kissed on the forehead or even cheeks are normal things good friends do sometimes, all around the world. Like what a friend of mine on Facebook commented, in the movies, on both television and cinema, the Malay actors and actresses are also holding and hugging each other and you are all still watching television and going to the cinema to watch all these dramas as well..

However, K J did make my day with his comment.... hahahah.... but that too set off some other issues... hmmpphhh...  but hey K J, I like both the tall dark handsome guys as well as the pretty boys... Pretty boys are eye candy to me...

All I have to say is that sometimes, the self appointed Moral Police think themselves too holy moly or too perfect and just like to point fingers at everyone... But remember something... for every finger you point out, three fingers point back at you!!!! Hah!!!!

Just in case you are wondering, I am NOT condoning it but I am NOT condemning it as well... I am just a neutral bystander giving my 2 cents point of view, and I still strongly believe all those holy moly self appointed Moral Police should lay off and go mind their own business rather then start condemning everything they find a little bit wrong. Maybe some Malaysian Muslims can never have their priorities set straight... The smallest sins to them in the religion becomes the biggest issues but the biggest and most obvious sins that other Muslims around the world are afraid of are very minor to them.

Just in case, you are wondering, I was a born Christian and converted to be a Muslim, and for me, Islam is a way of life where everything is suppose to be MODERATE!!!

(pictures and quote taken from google/twitter and respective original owners and are not mine...)