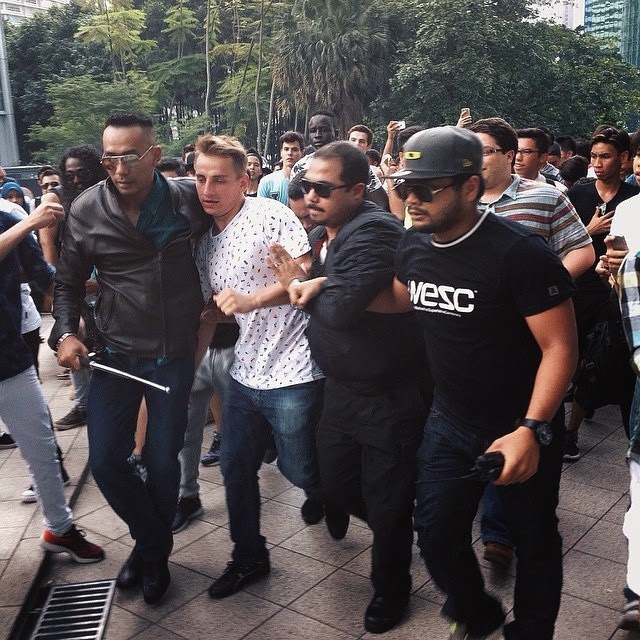 Youtube superstar and arguably the world’s most popular prankster, Vitaly Zdorovetskiy, of Vitalyzdtv fame, recently made a visit to Kuala Lumpur to meet his fans.

A horde of more than 2000 fans, including locals and tourists, thronged the grounds of KLCC’s park for a chance to get up close and take pictures with their idol.

When Vitaly appeared, he was mobbed by the huge crowd that had gathered, shocking bystanders and mall security. Vitaly, though, willingly obliged fans and was seen signing autographs and taking pictures – even selfies – with them. 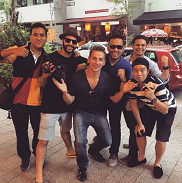 Mayhem soon ensued as the crowd got more unruly. Besieged by an uncontrollable mob which grew bigger and bigger, bodyguard were forced to quickly escort Vitaly back to the safe confines of his hotel.

However, the crowd only grew bigger and gathered outside the hotel, chanting his name and asking him to come back out. Not wanting to disappoint his fans, Vitaly immediately took to Twitter to request that the crowd form a line before he came down again to meet them. About an hour later, Vitaly re-emerged to a more controlled crowd, following assistance from security personnel.

“It was overwhelming and exciting, to say the least. What was initially supposed to be a small meet up became the biggest meet and greet I have ever experienced anywhere in the world! Thank you, Malaysia. I love all of you. I love KL and I will definitely come back to Malaysia!,” said Vitaly, following the meet and greet session. 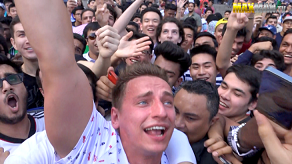 Famous for his “gold digger” and “picking up girls” prank videos, Vitaly was also in Kuala Lumpur to promote his upcoming movie Natural Born Pranksters.

Vitalty spent a total of three hours meeting fans, before leaving for a private event at The Roof in Bandar Utama. He was hosted in KL by Malaysia based online TV channel, MaxMan.TV, a Malaysian-based channel featuring pranks, social experiments and extreme sports.

Izmir Mujab of Maxman.TV said, “Never did I think Vitaly would get a response as big as this – we certainly did not prepare for a crowd that big! The fanaticism displayed by his fans just goes to show how successful and famous a Youtuber can really become – even to the likes of Hollywood celebrities. Vitaly’s fans in Malaysia can look out for our prank video that we produced with Vitaly coming out soon. It’s called Picking up Malaysian Girls with Vitaly.”

The video of Vitaly’s meet-and-greet session with fans can be viewed here: