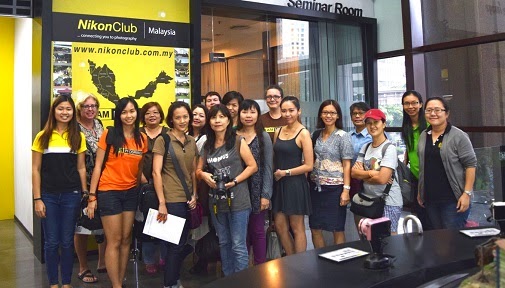 There is nothing I like better then to take photos and tell my own story from my photos be it from travel, family or even food. Yeap, I am definitely one of those annoying people who will feed the camera or the phone before I feed myself, especially if and when my surroundings and the food is lovely. Photography is all about telling your own story in the photo, if you can. Some people do not have that talent, I am not sure if I do, but I sure like to try.

Recent studies have confirmed what we have known all along – that men and women think differently. They have different interpretations for the same topic, and this often poses a challenge in finding common grounds for communication. In the field of photography, this hinders many female photographers from expressing their true artistic views during combined gatherings.

This was the reason behind the “Nikon Ladies Members Meet Up” held recently at the Nikon Centre Kuala Lumpur – a ladies’ only event that saw photography lovers of all ages and backgrounds coming together to share their love for photography and brush up on their photography skills.
The meet-up, organised by Nikon Malaysia, was dedicated to the women in photography who are often neglected in the heavily male-dominated industry.

“It is undeniable that photography is predominantly a male-dominated industry. However in recent years, the steady increase in the number of female photographers and their ability to make a mark in this industry has challenged the stereotypical notion of the male gender being better photographers. I believe that this Ladies Meet Up is the first step towards a shift in the photography industry and how it views its women members,” said Mr David Ng, Nikon Malaysia General Manager, Consumer Products.

The attendees were given an opportunity to socialise, network and foster friendships with other women of similar interests, effectively developing a close-knit community of female photographers.  It also gave them the opportunity to express their thoughts and communicate freely on topics that they were passionate about. 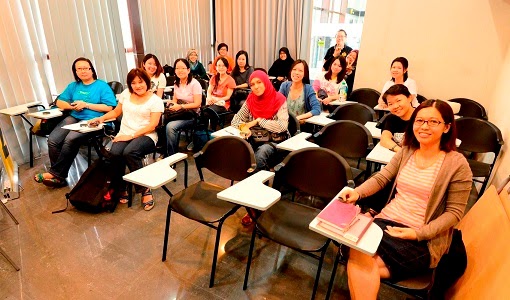 The women present were able to boost their photo-taking skills, and allowed to take pictures, even record videos, of their children without the assistance of aid of their husbands or partners.

“Women are generally viewed as being more emotionally driven, sensitive and sentimental. These traits make women more flexible in terms of interpreting what is considered a good photo, where they are able to channel the emotions of a scene and translate that into beautifully taken images. Men tend to be more technically oriented where focus and priority is placed on the specifications of the gear. We hope that by engaging women in this field, they can portray the emotion and sensitivity through pictures,” David added.

David continues "Women are more emotional compared to men. They are more likely to remember precious moments in their daily lives. And there’s truly no better way to preserve these moments than through the lens of a camera, allowing them to recall the precious moments they experienced. Rather than focusing on the aesthetics or technicalities of the gadget, their interest lies mostly in what is behind the lens. They are driven by people, emotions, activities and reliving experiences. This serves as one of the reasons women are now stepping into the world of photography. "

This was the second time that Nikon was organising a ladies meet-up, following the overwhelming success of the first, held in 29 November 2014. Isn't that exciting. I wish I had been one of those who attended that Meet Up.