Caring for the Marine life.. 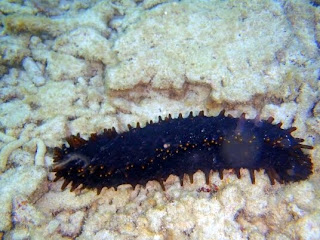 Malaysia is quite well known for it's rainforests and also coral reefs. But the steady stream of local and foreign visitors to the Marine Parks in Malaysia and the steady growth of ecotourism, the coral reefs and marine life has suffered. 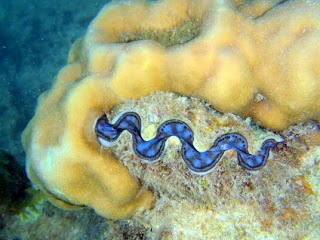 Some places like Rantau Abang in Trengganu, once famous for being the site where leather back turtles came to lay their eggs are now no longer favorable to the turtles because of  a number of factors like the illegal use of drag nets in the prohibited zones and people disposing plastic bags around beaches and sea (to the turtle, these plastic bags looks like jellyfish which is something they like to eat). There are also fishermen from other places who catches these turtles for their meat and shells.

It is here where hundreds of fishes, squids, reef sharks, barracudas and turtles swim freely in their natural habitat, undeterred by divers.

However, we have the Department of Marine Parks of Malaysia to thank for conserving the corals and continuously diligently planting new corals and artificial reefs as some others die away from overexposure to chemicals and weather changes.

Chemicals refers to the soap, lotions, sun tanning lotions, sun blocks, hair creams and such visitors use before going into the sea to swim, snorkel or dive. These chemicals are harmful to both the sea life and also corals.

Other threats to the marine life and corals are bad storms, tsunami, mud and also star fishes especially the Crown of Thorns variety.

The Department of Marine Parks of Malaysia was established in July 2007, with the vision of being the leader in conservation and management for sustainable marine park biodiversity in South East Asia by 2015.

Their mission is to conserve and manage marine resources in marine park scientifically for sustainability to generate the country's economy.

It is also the hope of the Department of Marine Parks Malaysia to be able to own and conserve at least 10% of the sea area for marine parks. Currently they are only able to conserve 3% of it and if we are not careful, there could be no more seafood and such in 10 years.

The duty of the DPMP is to conserve the ecosystem to maintain the ecological process, maintain genetic variety of flora, fauna and sealife, among promoting safe tourism and also for research and education, amongst other things. 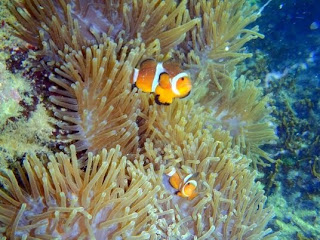 In Perhentian Islands itself, there are 56 registered chalets (registered with the DMPM), 18 dive shops and 87 tourist companies.

The DMPM had over the years sunk boats and barges within the waters for experimental researches which eventually became homes  to a myriad of barracudas, bat fish, snappers, wrasse, jacks, stringrays, groupers, zebra shark, zebra lionfish and even corals 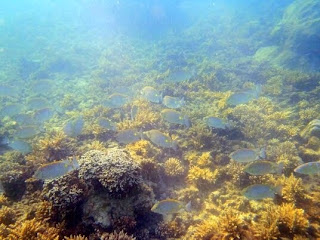 It takes normal soft corals at least  months to grow to 1 cm and hard corals will take a year to grow to just 1 cm , so it is imperative we must do our part to preserve them as growing them is hard while destroying it is so easy 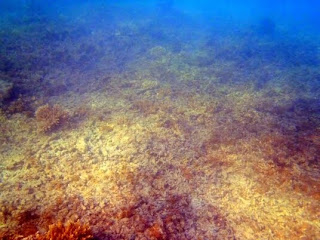 As visitors, we must also do our part in helping to conserve and keep the islands as beautiful and natural as we can. And to do that we should just abide by the simple rules of dos and don'ts placed all over the islands.

DOs would include ...
-going SCUBA diving
-going snorkeling
-take lots of underwater pictures (so DO bring along an underwater camera)
-swimming
-observe and appreciate the flora and fauna of the rainforests and underwater
-non-motorised boating such as kayaking
-regulated fish feeding (fishes will just swim up to you and greedily eat the biscuits or bread you hold out for them)
- nature walks within the marine park area
-mountain climbing/spelunking/wall climbing

DON'Ts would be....
-fish hunting by any means
-spear or sling fishing including those licensed to do so
-collecting sand, dead corals or dead shells
-swim out of designated swimming area
-polluting and littering
-anchoring on reefs
-boating exceeding 10 knots
-harassing any type of marine animals, including large marine mammals and fishes
-using flippers in shallow areas or stand on corals with them (as these may sweep over soft corals and destroy them)