There was a tragedy here in lovely Pulau Perhentian during my visit here, on Thursday 13th March 2014. I was on the jetty on assignment as a photographer for my group talking and interviewing the Head of Deparment of the Marine Parks Malaysia, En Wan Nor Azli Jasmi when there was a commotion and the villagers were seen rushing to the jetty to bring in two people on gurneys.

A Head of Department from a telecommunications department had drowned trying to rescue a drowning tourist at Long Beach at Pulau Perhentian Kecil. 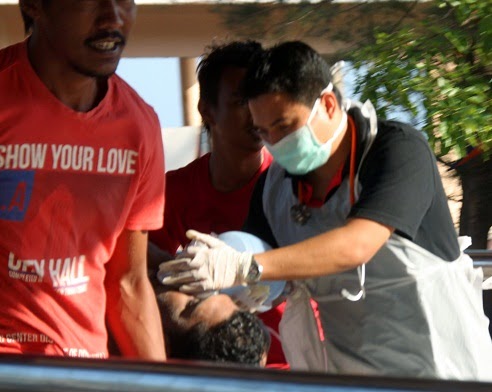 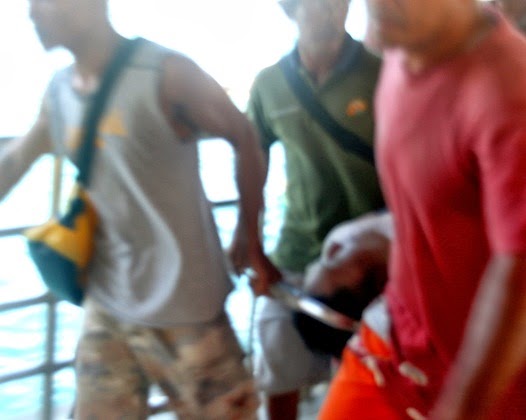 
The victim, Calvin, 35, from Seremban, Negeri Sembilan was at the beach with his friends when the incident happened.

The victim tried to rescue the drowning tourist but he was swept away by strong currents. Two of his friends, Snesh, 29, and Ivan, 38, tried to help him, and was also swept to the middle of the sea by the strong currents.

The three friends were managed to be brought to shore by the villagers of Kampung Permai but unfortunately Calvin passed away on the way to get treatment. Both Snesh and Ivan received some treatment at Klinik Pulau Perhentian before being taken to Hospital Besut.

May Calvin rest in peace and may Snesh and Ivan recover soon. It is really sad because they were all trying to help someone and instead became the victims.