Starring Janine Chang (張鈞甯) and Wallace Chung (鍾漢良), mainland Chinese idol drama series Best Time <最美的時光> premiered on Astro Quan Jia sometime February 2014, taking over the slot of Painted Skin 2. It is aired every Sunday at 1pm with a marathon of 5 episodes per week or catch ups at about 6pm every day Monday to Friday and a few other slots at different time.

Best Time is an adaptation of Tong Hua’s (桐华) 2012 hit novel The Most Beautiful Time <最美的時光>, which was first published in 2009 under the title The Secret Buried By Time <被时光掩埋的秘密>.

Tong Hua is supposedly one of China’s most famous contemporary romance novelists, and is best known for her historical fiction novels Bu Bu Jing Xin < 步步惊心> (2006), Ballad of the Desert <大漠谣> (2006), and Yun Zhong Ge <云中歌> (2007).

The series stars Janine Chang as the female lead Su Man, a naïve and pure-hearted girl who has blindly in love with the mysterious Song Yi (Jia Nailiang 贾乃亮) ever since high school for over 10 years.

She went as far as to start working with a huge conglomerate called Maigu hust to get close to him.  Having been deeply hurt in a former relationship, Song Yi is reluctant to accept Su Man’s love.

Despite Song Yi’s rejections, Su Man earns the affections of her superior Lu Li Cheng (Wallace Chung), a successful young man who maintains a cold demeanor on the outside but is warm-hearted in the inside.

He falls for Su Man’s charms, and upon knowing that Su Man is in love with another, he willingly stands by Su Man to protect her. (Watching his sacrifices and all for the silly Su Man make me fall in love with him- Lu Li Cheng myself...)

Su Man’s relationship with Lu Licheng and Song Yi are not only the main focus in the drama.

Lu Licheng and Song Yi, both executives of a top listed company in the country, are seen as equals and both are in a power struggle in the company.

Best Time is also said to be the first of four dramas starring Wallace Chung that will be airing in 2014. After Best Time, Wallace’s The Demi-Gods and Semi-Devils <天龙八部>, The Stand-In <十月围城>, and Warriors of the City <勇士之城> are slated to air throughout 2014. 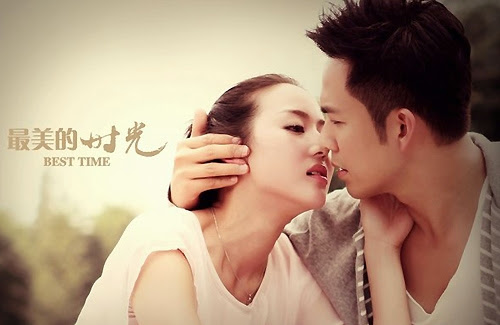