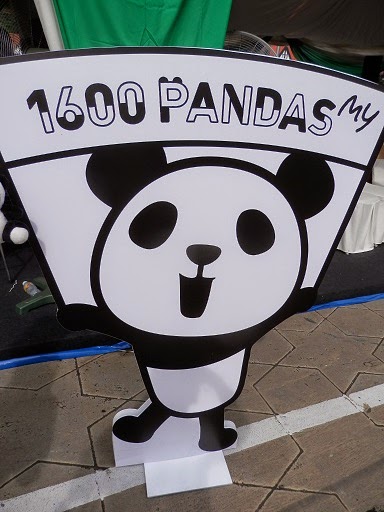 Yours truly was invited by fellow blogger friends to join in in welcoming 1600 pandas. When I first heard that I was wondering how was it going to be like. Were we going to have big statues around? Or was it a collection of pandas ranging from soft toys to paintings etc?

Everyone knows how a panda look like right? They are huge, bumbling, lazy but sooooo cute. They are also very endangered. There were only 1600 pandas left in the world when French artist Paulo Grangeon created his own 1600 papier mache pandas. 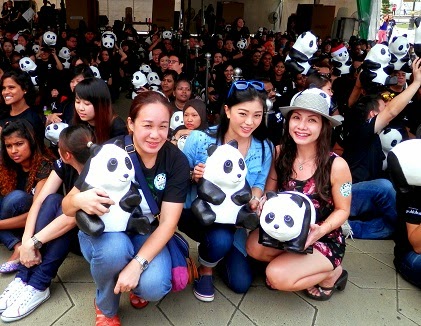 Here am I with my blogger friends, the lovely Sunshine Kelly and also gorgeous Elana Khong. And below is a picture of pretty Sherry Go and Elana. 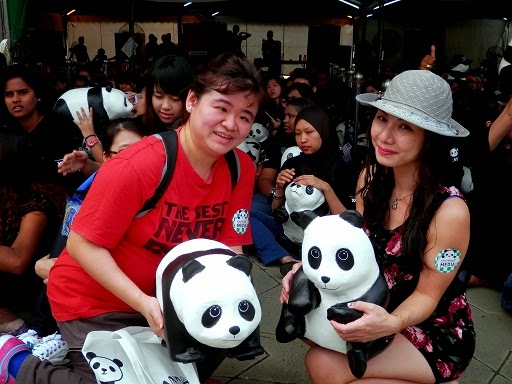 Malaysia is the third stop of the 1600 Pandas World Tour in the Asian region , after its  journey in Taiwan and Hong Kong. With the theme "Initiating the Culture of Creative Conservation", the adorable pandas will be starting their nationwide journey to over 15 iconic landmarks in Malaysia until the 25th of January, 2015. 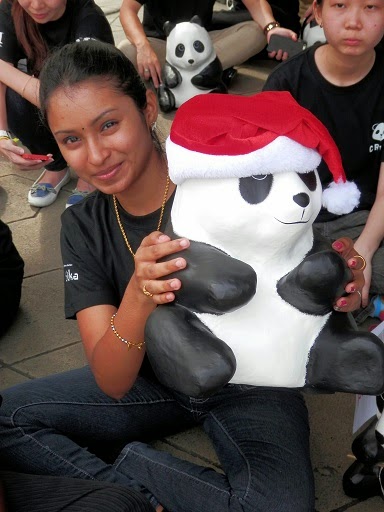 Making its debut at historical Dataran Merdeka, the 1600 pandas were given a spectacular and rousing welcome. (gosh this is funny... I am writing this blog about pandas and I turn on the tv which was directly  Discovery Channel 551 and see adorable pandas on the screen too.... LOL) 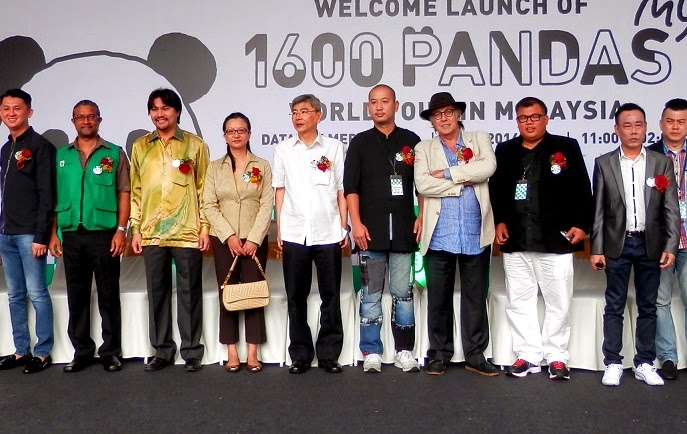 This momentous launch ceremony which marks the beginning of the 1600  pandas trip across Malaysia, was graced by YB Dato' Mah Siew Khong, Minister in the Prime Minister's Department; Madam Ma Jia, Minister Counsellor, Embassy of the People's Republic of China in Malaysia and naturally, the "Father of the 1600 Pandas", Paulo Grangeon 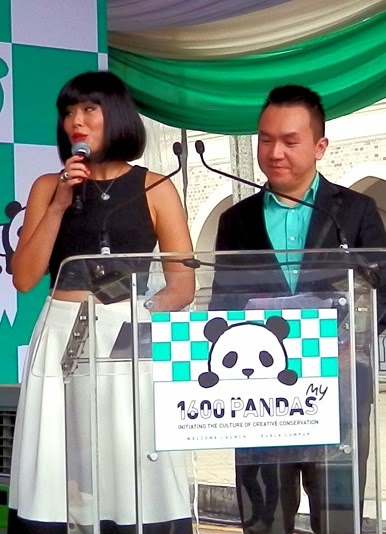 The tour is a creative way to promote the key message that conservation is a big concern in the world. Tropical rainforests are an asset that requires careful governing and with 60% of Malaysia covered in this lush greenery, this message needs to be amplified and the local community needs to be subtly reminded. The growing issue of deforestation is a matter of concern among many eco friendly organizations and the Malaysian government has been investing various efforts and resources to addressing this cause.

Being a home to many endangered species as well, Malaysia also needs to find ways for the continuous sustainability of our own wildlife and habitats!! 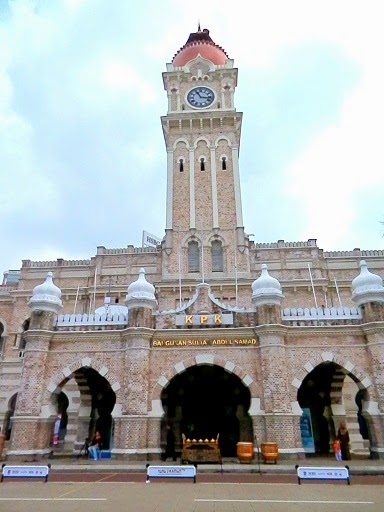 the 1600 Pandas World Tour began in 2008 as a collaboration between WWF and Paulo Grangeon, and has appeared in more then 100 exhibitions around the world including France, the Netherlands, Italy, Germany, Switzerland, Taiwan and Hong Kong. 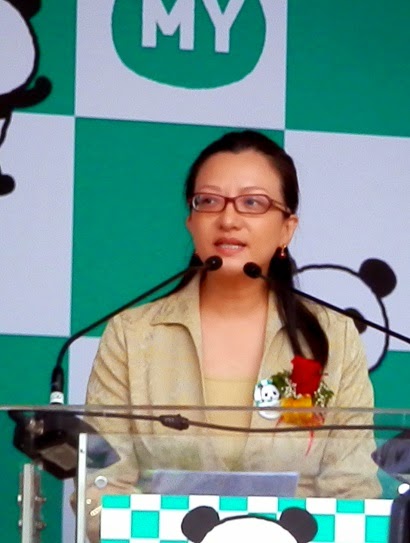 Some of the stops the 1600 pandas will be making will be: 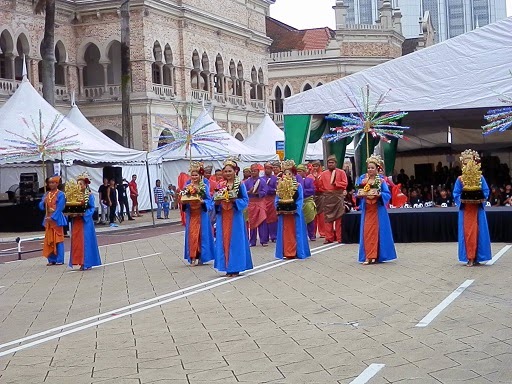 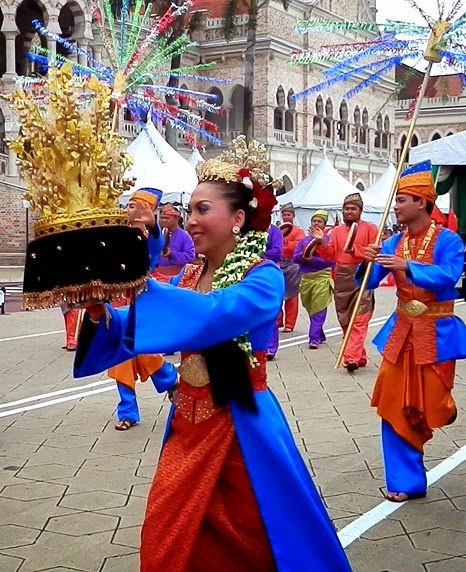 We got to enjoy some traditional performances as we waited for the 1600 Pandas to officially debut. 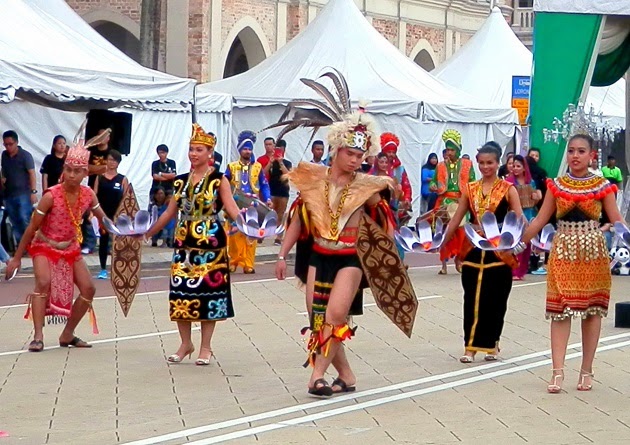 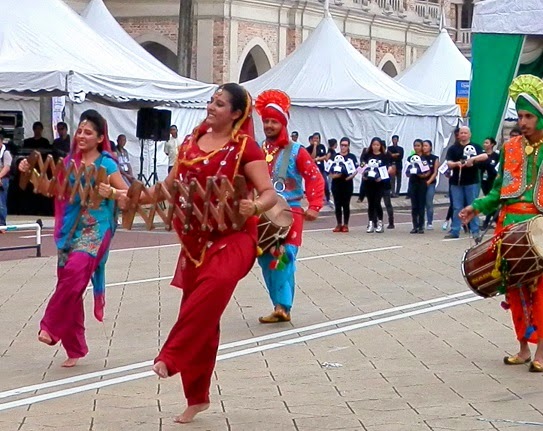 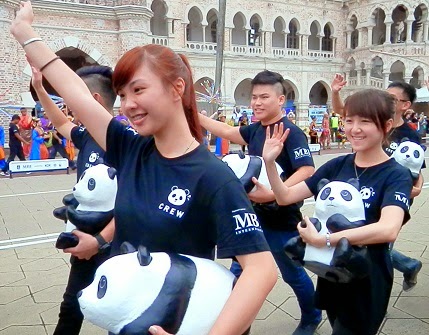 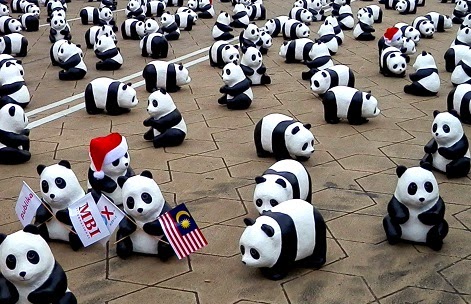 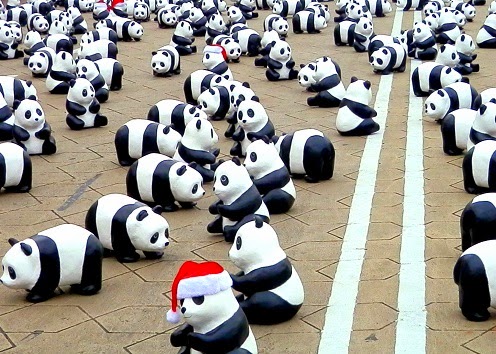 Once the pandas were out, they were placed on the road, and soon there were a whole lot of pandas all on the road. We had a chance to take pictures and the celebrities there naturally took the opportunity to be photographed here as well.. 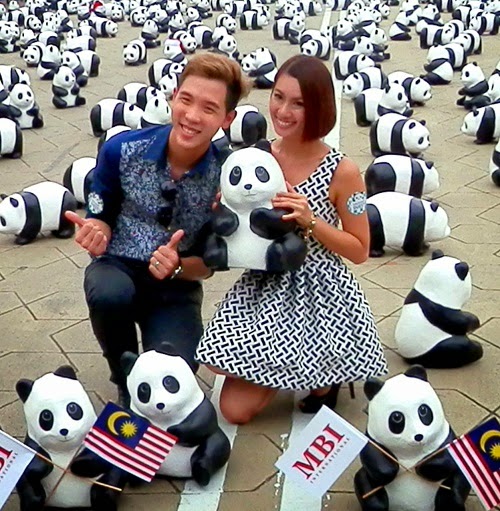 The grand finale of the 1600  Pandas World Tour in Malaysia will take place at Publika from 13 -25 January 2015, where the public can take the opportunity to check out the pandas at a closer proximity. It will be the first and only chance for them to take pictures and spend time with the 1600 pandas in Malaysia. 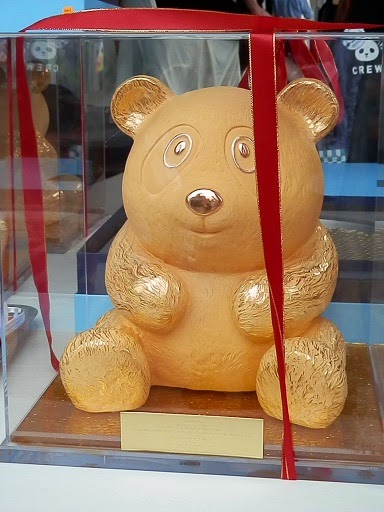